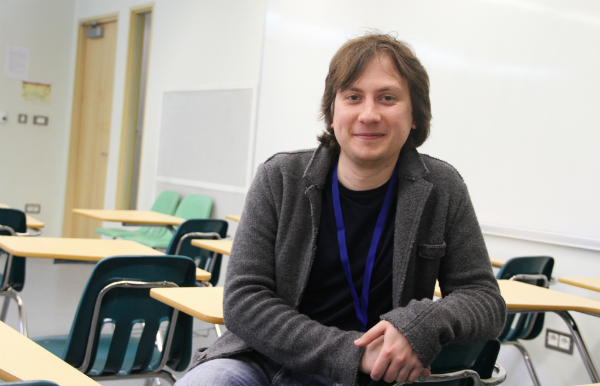 Though online media platform Meduza has been around for only six months, it has very quickly offered Russian-speaking audiences information built on original formats.

Meduza’s headquarters are in Riga, which is not entirely by choice. When Russian news platform Lenta.ru, which had a daily traffic of a million, came under pressure and chief editor Galina Timchenko was dismissed from her job, it was decided to create a new site, but with some guarantees (as Russian laws don’t apply in Latvia).

Meduza, calculating the risks of Russian bans, made its content available first for mobile apps, where bans don’t apply.

“We support the freedom to impart information; we defy propaganda; and we are disgusted by the interests of officials and big business” is how Timchenko described their style. The site doesn’t write about everything but tries to “ensure the minimum essential information.”

With its sonorous and memorable name, Meduza offers only text-based content, says New Genres and Special Projects Officer Alexander Polivanov — video is still considered a luxury for them. Presenting his team’s work principles at the recent DigiStory Digital Storytelling Conference [AM] in Yerevan, Polivanov mentioned that the site cannot just rely on news; new formats are necessary. The choice and provision of information must not only have depth, but also be simple and engaging.

Meduza operates outside of Russia but for a Russian audience. Is it safer this way?

On one hand, it’s good working outside [the country] because you feel free and you’re not tied to any political party or other force. Most importantly, Riga is a very convenient city to launch a business — without excessive red tape and inspections.

It’s amazing when you just focus on your work, not being distracted by side issues, say, firefighters, sanitary inspections, and so on. No doubt that working in Moscow would be difficult, since we would be burdened with responsibility, every minute thinking that we might get a visit from Roskomnadzor [the Federal Service for Supervision of Communications, Information Technology, and Mass Media], which is now actively warning and blocking websites. 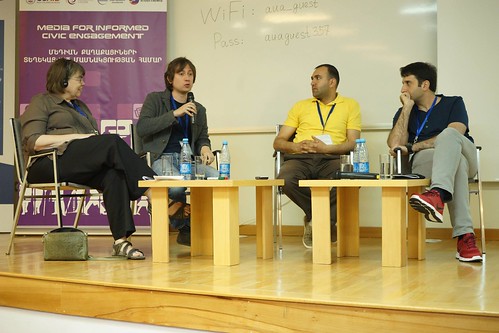 But on the other hand, we’re worried that we might be somewhat cut off from the context and lose readers. After all, we don’t know what our readers sitting in cafés are talking about, right?

Of course that helps, but, all the same, there’s the danger of being a half-a-step behind. People can stop discussing a topic that we’ve just begun writing about. Sometimes this issue of distance is felt. But, of course, we try to be in Moscow often and not lose connection with reality. Apart from the 10 journalists working in Riga, we have four special correspondents in Moscow.

Meduza is a site with a very solid structure. In Armenia, for instance, there are way too many news websites, mostly making a mush of news. What tricks do you use to avoid this “instant oatmeal”?

I’m not a fan of journalism school (in our newsroom, for instance, no one has a journalism degree). I think, the most important thing for a journalist is what team he’s been on, what experience he’s gained, and according to what schedule he’s used to working.

I was lucky: I had good teachers — at Gazeta, I was taught to write business news stories by Kirill Kharatyan. In general, the journalists at Meduza are quite experienced and established.

I’m sure that in journalism, experience is more valuable than education. After all, it’s an applied profession, and the earlier you begin writing and working for the audience, the sooner you’ll attain success.

It seems that Meduza isn’t going after speed and doesn’t strive to be the first to report any given news story. What do you consider a priority in terms of competition?

We don’t go after speed, but it’s very unpleasant when others work significantly faster than us.

Of course, there’s no rigid and exact formula. Obviously, news is what happened a few hours ago — you can’t write about yesterday’s events in the news (that’s a meaningless and quite foolish move). To compete, you have to create content that doesn’t repeat. From this perspective, stories that demand extensive and long-term journalistic work are not risky, since in any case they differ from what the others are doing, in terms of their signature style, format, and outlook.

Of course, it happens and seems quite odd when several websites publish interviews with the same person. In that case, of course, he who was the first wins. 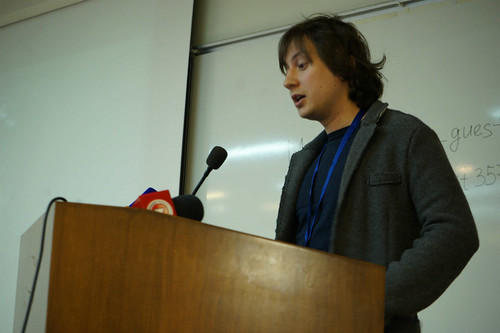 And perhaps he who asked a couple more questions?

There were times when, seeing that a person gave interviews to several news outlets simultaneously, we declined to meet with him, since no matter what you do, it will result in the same questions and answers.

In your opinion, will Russia’s media industry continue to shrink and restrict?

The media industry in Russia, despite the bans and propaganda, continues to grow. There are talented journalists and good ideas, which are regularly able to raise serious questions.

In fact, the mechanisms of media pressure are disproportionate: they put pressure on one [news outlet] but not the other, and it’s impossible to understand why and under what laws that’s happening.

Is it possible to establish a self-sustaining media that survives only through advertising?

That’s a new business; I’m sure that everything is still to come.

We were founded six months ago and, of course, we still operate at a loss. But we have a strict business plan whereby in three years we’ll become a profitable business. We have a very good advertising department and our cooperation with advertisers is specific and targeted.

Life has shown that banner ads are not practical, as they annoy visitors and become ineffective. Both advertisers and the media are more interested in inventing new formats. For example, recently we wrote advertising copy for a bank akin to info cards (of course, mentioning that it was advertising). It’s interesting that the number of views for this text was almost equal to the traffic of our usual news stories.

Naturally, the advertisers were pleased, since in a matter of days the bank experienced an increase in clientele and recouped its advertising expenses. It was good for us and them.

So we are trying (since we’re still a small newsroom) to make money with personal connections and special projects. 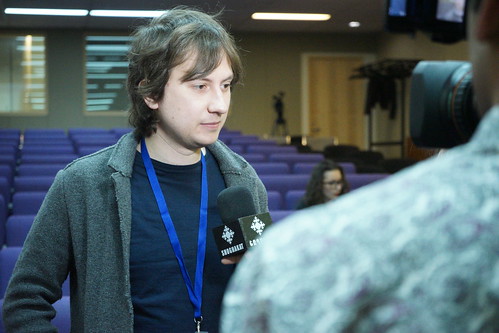 Isn’t there a desire to become a multilingual international media platform?

Of course there’s a desire; the problem is opportunities, which are not that great now. In February this year we also created an English-language version, which is addressed first of all to Western journalists, to those interested in Slavic culture. It’s a website where Russia is — [but] without propaganda. And though it doesn’t have many visitors, it has a good reputation: those who want to know about Russia benefit from our news stories.

Do you see opportunities to collaborate and exchange stories with Armenia?

We are open to any collaboration. And now, participating in the conference in Yerevan, I met many interesting people.

At the conference, speaking about the work of your editorial team, you stressed that it’s important not to lose a sense of happiness. How is this working [for you]?

Since every day now I’m busy creating and devising new projects, of course I’m happy. Any new thing is always a happy event.

For instance, our Evening Meduza project, which sends a condensed version of the day’s news to subscribers, uses an informal colloquial language (we call this project “a conversation with readers”). And when readers reply by email, it’s really nice.

Generally, when you feel that your writing is not tossed into the void but reaches [its intended audience], you’re happy.

Meduza appeals to audiences because of its simple writing organized like index cards. How important is this simplicity?

Yes, we endeavor to explain and simplify, since it seems few now are doing that in Russian. And our laws, indeed, are written in such abstruse language that we’re forced to fix [the language] or literally translate it into Russian.

It’s one of our main issues, which we indicated in the initial discussions on the creation of the website. We describe complex issues in plain language.

We even try to make the uninteresting interesting. I think that every journalist knows that if a topic doesn’t particularly interest him, it will result in poor writing. During our editorial staff meetings and discussion of topics, for example, we often intentionally poke holes in each other’s topics, and when a journalist begins to actively defend his chosen topic, we all understand that he wants to write it. And, as a rule, it turns out well.

We are all fanatics of our work, and I think that’s the secret to an editorial team that works well.