“Journalists write about everything and cover every sector” 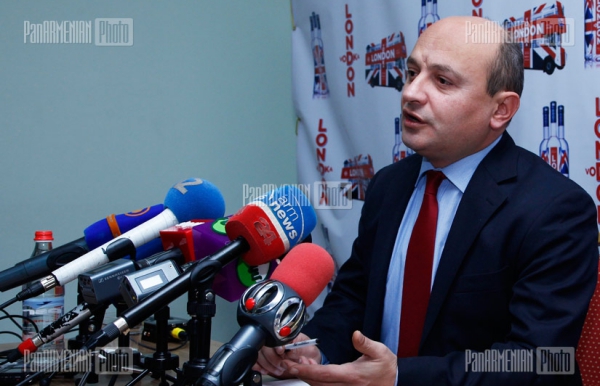 Director of the Armenian Institute for International and Security Affairs Styopa Safaryan frequently garners the attention of journalists, as he is a conversationalist with an active political and parliamentary deputy past.

The enormous amount of Armenian online news media and the various channels to transmit information has made the media sector diverse and at the same time of poor quality. Many media platforms that create a torrent of information are really just tools of propaganda. In Safaryan’s opinion, the time has come to establish a demand for more serious news. According to him, the prerequisites exist to get out of the news chaos. It remains to change the hierarchy of values.

In your opinion, what new properties did the media acquire by migrating online?

Frankly, I too didn’t expect that the freedom brought by the internet would ignite new means of propaganda. It’s an interesting phenomenon: we have competition and diversity among news outlets, but the quality of news is extremely sad. In my worst nightmare, for instance, I wouldn’t imagine that we could have a news outlet that without shame publishes only Facebook status updates (even those posts written in passing).

Unfortunately, the wide opportunities afforded by the internet didn’t lead to the development of professional journalism. I wouldn’t want to blame journalists, but the quality of news pieces suffers greatly because of their not being knowledgeable.

At one time, serious news media organizations dreamed and took jobs to various sectors (political, economic, cultural and so on) to shape journalists. At the moment, all these desires are at risk, since an incomprehensible mix of news has developed in the media sector, where every journalist writes about everything and covers every sector.

As a result, the chaos has increased. The level of diversity being offered is such that people simply lose themselves in information. It seems there are many choices, but the diversity that’s offered is tiresome, since order and professional standards are absent.

Did this chaos arise audaciously or was it planned to some extent?

Of course it was planned. Media is not that sector that was able to develop on its own. Everything that has to do with shaping public opinion is very important for politics (on both a global and national scale), and the person carrying out politics definitely wouldn’t allow the media sector to develop audaciously. Consequently, that which is taking place is natural.

I don’t want to say that, according to conspiracy theory, superpowers such as the US are trying to control us through the media. But any power always wants to do it so that flows of information and shaping public opinion does not get out of its control.

And it’s no coincidence that, for instance, [Armenian President] Serzh Sargsyan’s son-in-law is actively involved in the media sector (though not de jure). In Armenia, this is done through several TV companies, radio stations, and various websites.

In your opinion, why does television continue to remain the most consumed news media?

Television continues to be a powerful force because man is by nature lazy. Television enters his home and allows him to get visual images sitting on his couch, simply pressing a button. The TV viewer exerts no effort to seek information online, to go blind reading different articles. He gets all that through the easy option and beautifully packaged.

For this reason television is irreplaceable.

You often appear on the TV screen and in the news feeds of other news media. It seems you are that desirable media persona whose presence emphasizes the existence of different opinions.

Yes, I sense that. As well as that I’m desirable at all times. Recently, they’ve been inviting me particularly in relation to my investigative reports. Unfortunately, there are few people who deal with the issues I raise. There are not many people in Armenia that talk about problems in general. That’s surprising.

It turns out that both news outlets and journalists are hungry for finding interviewees and getting comments. Consequently, they are also forced to contact those whose comments will create pluralism. After all, a news piece has rules in how it is structured and cannot be one-sided.

Many journalists complain that there is almost no one who talks, expresses his opinions, and substantiates them. The phones of representatives of the ruling authorities, as a rule, are silent.

And most of them don’t know how to talk competently.

That too, in turn. In general, mediocrity has penetrated every sector — politics and the media are no exception.

According to you, what changes need to be made for us to have better quality journalism?

Change will come when the hierarchy of values is redefined. If, say, in the government sector the biggest source becomes knowledge and not money or acquaintances. When the foundation of politics becomes awareness, professionalism, skills. While in the news media sector, the power of a journalist is considered not the ability to manipulate, but the ability to obtain information and provide it quickly and accurately.

The issue of changing values is In all sectors in Armenia today. Those changes won’t come just like that, out of thin air.

I’m sure that the situation is not hopeless. A few news outlets are capable of getting the sector to follow them and become those [defining the rules of the game]. If under these conditions of incomprehensible diversity, nevertheless, a few news outlets are able to become professional axes, the others will be forced to position themselves, trying to strive and raise the quality of their work.

The majority of news outlets has already shaped the demand (Kim Kardashian, Angela Sargsyan, and so on) and now simply serves that demand. A new demand has to be shaped. In that case, “yellow news” will move to not a large part of the media industry, while the other part will be managed by more serious news platforms.

In any case, the media now is an open field. In no way can it be compared with what we had 10 years ago, when a lot of things were obstructed and writing was dangerous (remember how many journalists were beaten).

I hope that now is still the early stage of freedom, and later we will have a media sector of a higher calibre.