“There Are No Bubble Brands” 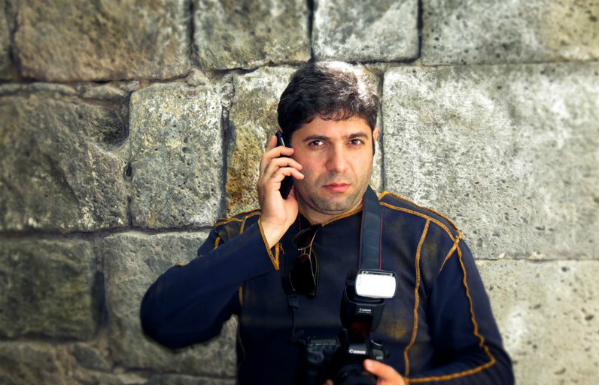 In the opinion of Status Holding advertising agency founder and director Tigran Baloyan, the drop in advertising volume in Armenia recently prompted news outlets to be more active in their pursuit of raising funds through advertising.

Status Holding, which works mainly in producing television ads and media planning, considers a creative approach and quality to be important — two things that are expensive “goods” in both the media and business sectors.

Any Armenian company working simultaneously with the media and business undoubtedly will encounter the “black” and “white” aspects of these two sectors. Baloyan is sure that a company’s name and the road it has travelled are those valuable brands, which under no circumstances can be put at stake.

Advertising volume has decreased in Armenia. Has this had an effect on the media sector?

Any major manufacturer in Armenia mainly exports its product, while its presence in Armenia is purely symbolic. By my observation, only 20% of serious local products for sale are sold in Armenia, while the largest consumer market is Russia. This is the case, say, for preserves, juices and other products. And since the sales volume in Armenia is not great, manufacturers aren’t competing with each other and are not gnawing at each other, so to speak. Naturally, the money spent on advertising is also cut.

But I think, in the case of media, it’s the opposite. Since advertising volume has decreased, media companies are forced to fight for that small amount. But, of course, it’s noticeable that various news outlets have managed to secure their portion of the advertising, and they don’t particularly want to make major investments for the development of the media.

Television continues to remain the most consumed media. This trend, it seems, isn’t changing also for the reason that advertising dollars are directed mainly to television.

Though the internet is moving ahead (or is already ahead) in the world, the media that sets the tone here [in Armenia] and in our region is television.

The issue also is that high-speed internet is not available everywhere in Armenia; that is, there is little possibility of watching videos and other visual content without pausing.

When producing commercials, do you anticipate that they also will be published online?

No. Television and online advertising are different. TV audiences are quite diverse, while online audiences can be calculated more accurately (for example, restrict advertising so children don’t see it).

Television puts forth strict obligations in terms of the law, time, and censorship, while on the internet, longer videos and a more scandalous emphasis are necessary and preferable.

The pleasure and power of the internet is to turn the user into a participant, the bearer of your product. You also prompt him to spread and share the ad. That’s impossible in the case of TV advertising, since even if [viewers] had a great desire, [they couldn’t] share [the content].

But this happens online in seconds: you saw, you liked, you share. And if the ad becomes a topic of discussion, of conversation, then it was an example of productive work.

How is advertising money allotted among all the channels?

Like everything in Armenia, so too advertising has its “white” and “black” aspects. In any case, the “white” method of money distributing is [audience measurement] ratings.

Audience measurement is an instrument accepted by and works throughout the world. In any case, a better, alternative tool hasn’t been found yet. To what extent the tool is used intelligently, however, is another matter. Sometimes both those who receive ratings and those who impart them take a portion of what they need and rely only on that.

We must take into account also that many channels are politicized.

Sometimes the decision to run on an ad on this or that channel is due to a businessman’s whim and not to expediency. Say, a businessman affiliated with a political party prefers to run his ad on a channel that toes the same line, not taking into account that the target audience of his product might be radically different than that channel’s audience. It’s possible that the businessman is forced to do this, but it turns out that because of a wrong choice his money is being thrown in the water.

The bad thing is with this, the concept of business is being put in jeopardy. There’s no healthy business environment in Armenia.

Can we expect developments to improve, or will we enter the Customs Union at such rates?

By joining the Customs Union, we will ease border crossings and broaden our consumer market, which, even without that, is based mainly on export.

It is unlikely that the domestic business environment will improve. Armenia is slowly becoming a small version of China, where they produce and export. And Armenian goods will continue to compete to secure a place in the Russian market. I’m not an economist — this is simply my opinion.

Is there fierce competition in the advertising industry?

Yes, and quite seriously so. Our agency, for example, allows itself to do everything at not very cheap prices. That is also our policy, since we saw that very few people are able to provide our product quality, depth, and responsibility. There are companies that value creative approach, good work, and are prepared to pay for ads, knowing both the good and dangerous aspects of the ad.

The most dangerous thing is getting a bad image, weakening the brand value. The world’s largest capital is brand value. For example, only a very small percentage of Coca-Cola’s billion-dollar capital is comprised of practical assets; a large part is the air, the name, the brand, which is created with an ad. Advertising is the most serious weapon today.

How purposeful is the use of political advertising in Armenia? People who often appear in the media and are often advertised, it seems, don’t become a brand.

I’m not an expert in political advertising, and we’ve never worked in this area, but I think, a political figure could be turned into a positive brand if you succeed in avoiding populism. Armenians are so sick and tired of populism, that the more sincere the approach, the better.

We should always remember that there are no bubble brands. They quickly appear and quickly burst. In advertising, there’s a concept: “Why should I believe [this]?” For example, why should I believe that Mercedes is a good car? Because it really is good, and it’s been proven in life.

The same with political advertising. If a politician says that he “will move mountains,” but when the time comes, he does nothing, then that ad was simply a populist move. Or Obama says the US will recognize the Armenian Genocide, but then he renounces his remarks, then at least for those who believed him his words become an empty bubble.

Media International Service that works in advertising sales is the only sales house in Armenia. Does it regulate the industry?

Monopoly, in general, is not a good thing. Even if a company having the monopoly regulates the industry, all the same, there will come a time when it will make not the industry’s but its own interests the priority.

The state system or international companies have very specific procurement procedures. And when the time comes to place an order for an ad campaign, the company offering the cheapest services is always chosen. They are obliged to act this way, since that’s how the system works.

Of course, that’s normal procedure, which, however, might cause problems in the advertising industry. When the only criteria is a low price, the result can’t be satisfactory.

In your opinion, what’s interfering with “cleaning” Armenia’s media sector from associated interests and making the financing schemes transparent?

Like the business sector, so too the media (and in general all of Armenia’s remaining) sectors have always not been cleaned because of the interests of specific groups of people. And it would be absurd and even laughable if in this situation the media sector, which has always been setting the tone, was clean and pure. That which we have in the media is very much in line with Armenia’s current life. Unfortunately, that’s how it is.

It would be untrue if we said there’s no progress. A young force has appeared, which knows more, is better educated, is fashionable, has a sense of humor, and is ready to come out of the old and bogged down situation. In any case, there’s a shift, but it’s in the lower part of the media sector and is more like weak chatter since it relies exclusively on individual enthusiasm. I don’t see anything more serious yet.