The Era of Samizdat: When Words were Judged, Whereas Now They’re Simply Ignored 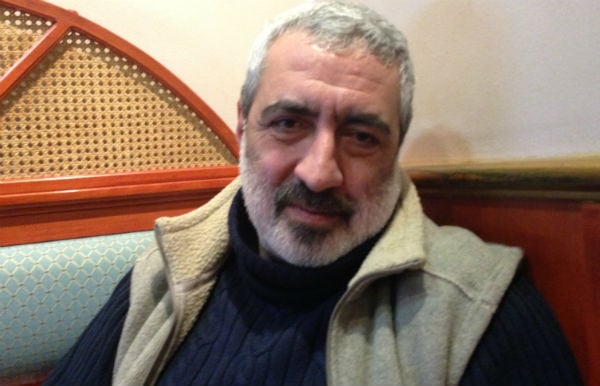 Soon, the documentary film “[Making] the Impossible, Possible” about samizdat, a practice common in the Soviet Union whereby censored publications were printed and secretly distributed, will be ready. Samizdat magazine, books, and manuscripts were not sold but passed from hand to hand, creating a unique network of reader-distributors.

Under conditions of widespread censorship, samizdat assumed the role of social networks, informing people and at the same time, creating a community that wanted to know more about Soviet propaganda and censored texts. Though samizdat might seem like an inconceivable story from the distant past to young people living in the 21st century with its search engines and information overload, it was one of the first steps in liberalizing the media sector (and, in a broad sense, shaping civil society).

Author of “[Making] the Impossible, Possible,” publicist, and poet Tigran Paskevichyan compares the idea and method of distribution of samizdat to the structure of the internet: both strive to expand the audience and in both domains, a person chooses what to read himself. Paskevichyan’s film features interviews with samizdat‘s key players, archival material, and most importantly, an invitation to contemplate our not-so-distant past, where there was fear and an internal effort to overcome the feeling of shame arising from that fear. Remembering (or, for the younger generation, becoming acquainted with) samizdat also has an educational role. Paskevichyan wants to show the film not only on television, but also in universities in Armenia. He hopes that by delving into the past, the viewer will be able to uncover the present.

Broadly speaking, samizdat was borne from public discontent. When people feel that they are being offered partly true or downright false information, they begin to seek alternative sources of information. Not only do they seek it out, but also they become the source.

It’s always like that. When the paths to self-expression are closed, people will find solutions. And samizdat is one evidence of this. Man cannot not express himself. I think the petroglyphs and the writing on clay tiles of our forebearers were likewise samizdat, as they too were ways for man to express himself.

It’s just that the authorities (any authority) later realize that this is important and decide to impose control over speech and expression, turning them into a monopoly of the elite.

The authorities now also try to control the media.

Now control is implemented not so much by punishment as much as the creation of various ‘fakes’. But samizdat didn’t allow for that possibility. The idea of samizdat is quite simple: a person reads whatever [he wants] and wants others to read it too. There was even the idea that “if you read samizdat, then you resist the regime.”

The existence of the network [of samizdat distribution] is very important; actually, it’s like the internet. A person can always find something to read, but she also wants to share what she’s read; that is, to “share” information that’s important to her and to “like” to give thanks [for information shared by others].

In the 1950s to 1970s, we practically didn’t have any underground print material in Armenia. Wasn’t there the demand for Armenian-language samizdat?

Many in Armenia weren’t aware of samizdat, while others (about 3–5%) read Russian content.

It seems to me, there has always been one problem in Armenia: overcoming national pique. And when in the 1950s, the Soviet regime permitted some things (say, published were Paruyr Sevak’s The Unsilenceable Belfry and books about Andranik), Armenians were satisfied with that.

Copied and distributed in Armenia were, for example, the materials of the “7 Patriots Case” of 1963, which basically was a collection of the political prisoners’ charges.

The prohibitions and persecutions began from the distribution of artistic works, but later came to be about the protection of human rights. Is this always so?

When a person is not permitted to express himself and is under pressure, he begins to seek instruments to resist the pressure and the issue moves to the domain of human rights. In that sense, samizdat provided a unique test to the protection of human rights.

When people are arrested en masse, it’s important how they behave during the interrogation, how they respond to questions. In this sense, Vladimir Albrecht’s “How to be a witness” (1976) or Alexander Esenin-Volpin’s advice helped many. Say, they catch someone who has a copy of the Bible with him and they ask, “Where did you get this book from?” Albrecht advises to say “From Mateos”… or to apply the model of the conversation between Jesus and Pontius Pilate, when you don’t deceive, but you also don’t confirm, saying, “It wasn’t I but you who said that.”

Generally at all times, one must know the rights of a person who is detained [by law enforcement officials]. For example, when they took me to the police station once, I had a few pages of the law in my pocket, which I ended up having the need for.

In your film, humor (caricatures, satirical poetry) is implied as a weapon to use in the media.

It’s interesting that many samizdat writers were caught, imprisoned, and eliminated, but practically no hand was laid on caricaturists.

Were images not as influential as words?

I think, a caricature is an instrument that’s more charged, while direct speech is more dangerous.

Though we see a similarity between the internet and samizdat, there is also a great difference between them. At that time, writing, typewriting, and distributing texts was a civic deed, but it’s not like that now. Now, everything is quite common; you can write everything, whatever stupidness you want. And you no longer treat what you write with respect.

I actually think it’s really important to talk about samizdat, because I want us to remember how in the past, people were judged for what they said and wrote, how they were sent to psychiatric clinics, how they died and were deported…

When there is respect for words, those words became valuable. It was like that in the case of samizdat, and if we recall that now, maybe something will change for us. Say, when we go online, we won’t drivel, but we’ll use the tool at our disposal to convey an important message. And today it is a question not of censorship, but of choice.

Those distributing the “homemade” books and manuscripts also bore responsibility for the person to whom they passed on the text. After all, that person could be arrested for reading anti-Soviet literature.

Many of those with whom we met during the shooting of the film spoke about this very same thing. They were afraid that not them, but their friends and relatives to whom they gave the banned literature would be judged. Don’t forget, the informants were many.

Now there are different tactics at play: they don’t judge people for their words — they ignore the words; they don’t [even] respond. For example, when after writing an article against an official you come across that official on the street, he says, “I read [your article]. I want to squeeze your hand; I am fascinated by your article.”

And with that, it seems, everything comes to an end. This approach is one of the ways of killing the author, the text. That is, yes, we are fascinated; write as much as you like but nothing’s going to change.

Is really nothing going to change?

I think it can change, if certain ideological elements under the authorities begin to emerge. But, it seems, there’s an ideological vacuum in Armenia. I know of cases where a news outlet or journalist was offered money to speak, to criticize, “Come, let me give you money, you continue to speak”… What can be worse than that? That is the approach which completely devalues the [written or spoken] word.

Even without that, we, Armenians, are used to speaking in undertones and in fear; that is, we already practice self-censorship. It seems that the times when one couldn’t speak against the sultan, Stalin, or others have passed, but actually they haven’t.

Recently, I realized that Armenians are like a brigade who always looks straight ahead. But every brigade must have a back, a rear (perhaps that is why we cling to the Russians). You can grumble about your back, but you cannot resent or refuse it, since, without a back, a brigade is defenseless. For incomprehensible reasons we’ve decided that we prefer the status of a brigade. Either we must go forward and win or we must die. And I don’t know how likely a victory is…