‘The Media Sector is Full of Foam and PR’ 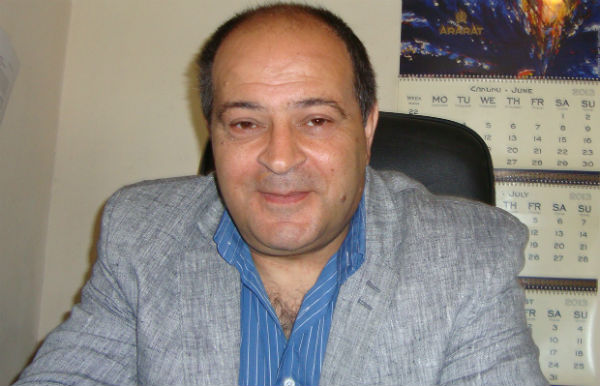 ArmInfo news agency is independent Armenia’s peer; it has travelled a long and difficult path. Years ago, it was an in-demand and authoritative platform for news, which, apart from gathering and processing news, also made analyses of the banking system and credit market, selling them to the media sector (freed from Soviet control) and other public sectors.

In 1991, there was only one agency dominating the market: Armenpress news agency. Many foreign news agencies, newspapers, and TV channels were seeking independent sources of information in Armenia. ArmInfo (formerly, SNARK) filled that gap in the emerging independent media sector. Now the landscape has changed: the processing and then sale of information happens more so not according to market logic, but according to unwritten rules.

The media is simultaneously an information provider and business company. And when the business component begins to hobble, it affects also the quality and value of the information.

Confident in this is ArmInfo Director Emanuel Mkrtchyan, who believes the media sector’s recuperation is conditioned by the regulation of the business sector. He emphasizes the ArmInfo was created as a business entity and works as such till today. It provides information to the business sector, colleagues in Armenia and abroad, stock exchanges and banking systems, and insurance companies. Also to large segments of the public sector.

It seems, information, as a product, loses its value; or rather, perhaps it becomes attached to politics or economics. In your opinion, what thwarted the development of the news media market?

In the early 2000s, it seemed that Armenia’s market was developing. But what happened? The market began to partly crumble.

First, the news media market collapsed, then the business market. And for that reason, we, as both a business infrastructure and a news agency, suffered quite a bit. And we continue to suffer till today.

We understood that the Internet was going to develop, change, and alter the news media industry, since information was going to be uploaded and spread freely. But in many countries, news agencies and internet portals didn’t really get in each other’s way. In some cases, their work coincided; in some cases, not.

When the Internet made any and all information available, many needed PR. And since creating a website is easy (it’s enough to simply copy-paste the information), numerous websites mushroomed in this large abyss of the Internet. And nearly all of them have a “roof”; that is, a custodian-funder.

The problem is that entities working in the news media sector resolve political issues — for their owners’ benefit. Mainly for those services they receive “black” money in envelopes and don’t pay taxes, since as a legal entity they show that they only have 2–3 employees (although their unofficial number is 10 times greater).

And it’s natural that a media that organizes itself this way begins to carry out its sponsor’s orders. Of course, the media can carry out any order, but, as business entities, those sites are obliged to be transparent in their accounting (pay taxes, social benefits). ArmInfo, for example, pays $5,000–6,000 USD in taxes per month and has 30 registered employees.

We get our profits from the market and pay taxes from our profits. But the market has developed unequal working conditions. It comes to them [but] goes from us.

So far, yes, but how long that will last I don’t know. Generally, where our country is going and what type of market it wants to have are not clear.

And from what did the, if we can say, non-market model of the information industry start?

Over these past few years we’ve seen that Armenia’s banking system is becoming more “closed”; that is, banks are providing less and less information about their activities.

For many years now we’ve been conducting research in the banking system, developing a rating scale of banks. And from one year to the next, we’ve been losing potential buyers having the need for this research, since they are uniting under an entity belonging to one oligarch. And that oligarch has his way of resolving issues, which is very different from the notion of classical economics. He is in need of nothing — neither competition in the information sector nor economic analyses necessary for work.

Many people in Armenia don’t even know to whom some news outlet or another belongs.

We all know quite well who is tied to whom; we know the so-called affiliates very well.

Is it possible that the monopolized information arena will become so bloated and monopolized that it will [one day] explode?

How can it explode when it’s very easy to keep everything under [one’s] control in our small country? And those controllers are sitting in parliament and at the same time are part of the political leadership. An explosion can happen, perhaps, in the wake of a revolution. In any case, I don’t see another version of evolution.

Of course, revolutions are a good thing, but they help to clean out the reality. In Georgia, for example, the president who succeeds Saakashvili will do better-quality work, since the Georgian people have already managed to see a lot and learn a lot. It’s no longer possible to return the Georgians to the [former Georgian President Eduard] Shevardnadze era. The people are now different.

Do you agree that a media filled with pathetic, propaganda content fosters a return to our Soviet past? In any case, 20 years after Armenia’s independence, we clearly became surrounded by media propaganda (i.e. we are the most correct, we have the most perspective, we are the most secure).

It’s natural that there’s a need to conceal, to cover the mistakes in domestic and foreign policy with other things. And one of the ways to “cover” these is through PR.

Look, 95% of Russia’s political life is PR, and everyone knows this. But Russia is a big country, where there is much foam. The country lives off the foam of oil and gas. If the prices of oil and gas go down, nothing will remain of Russia.

And so, there are two things in the media sector: foam and PR. We don’t have foam, so only PR remains.

In your opinion, which type of media is the most influential?

Without a doubt, television. But that also doesn’t develop, since there’s no real competition among TV stations. Of course, wanting to resolve certain political issues are those stations that present themselves as opposition and try to differentiate themselves from the overall prosaic masses — Yerkir Media, Kentron TV, and sometimes also AR.

I realize that those stations can’t go above their heads, but at least they try to be different from the others. Let me add, they try this today because there are certain elements of political competition among the owners of those stations today. And that’s very good, since the remaining stations, it seems, work as one TV news media.

What is the abundance of “yellow” news an indicator of?

“Yellowness” is directly linked to propaganda. Now there’s a clear goal of becoming a read resource online, and so there’s a need to include as many so-called “yellow” news as possible (breasts, corpses, Kim Kardashian). Owners of news websites do everything to increase the number of site visitors, since they resolve their political issues with that.

Information important for this or that political party and the flow of “yellow” [news] are conveyed together, in a single package, so that the reader, who is fascinated by Kim Kardashian, also sees the political news from the corner of his eye and learns that in his vision those two appear together.

The goal is clear: keeping the reader constantly in their PR field.

But that “yellowness” is also repulsive.

On the contrary, it helps to loosen public tension and discontent. The main players (or rather, player) in the media sector do that quite intelligently.

And now it’s incomprehensible what we’re supposed to do. They simply haven’t left any room for news outlets that are based on business entities to work. Selling information doesn’t work, and political lies are not for sale, but on offer. And that along with Kim Kardashian’s breasts.

Of course we can join that process of offering [information], but you can’t sell, since the buyer wants objective information from you. And such buyers are gradually decreasing.

Aren’t there prospects for selling Armenia-related information to international news outlets or other organizations?

Foreign buyers often cannot picture what’s happening in Armenia. In general, they don’t understand; even when you explain in detail. This is akin to selling ishli kufte to a European when he’s never heard of that dish and is sure that it shouldn’t be eaten.

For example, when you try to explain that the media is subject to political control, a European begins to think that perhaps that’s like, say, the BBC [i.e. a public service broadcaster instead of a state-controlled broadcaster]. He doesn’t even consider that our political control has a completely different level and volume. And it’s done using completely different technologies.

Things are a mess in the Internet; no laws are at work. On websites, different material — breaking, “yellow”, auteur, important, and secondary news — are mixed up together.

There’s a new bill in parliament to protect copyright online, which will oblige [websites] to cite the original source. Will this help to regulate the sector?

I think, this law won’t work. If we try to apply it in practice, 95% of websites will be shut the next day. And then, if the requirement to cite an appropriate volume of text [that is, to cite only an excerpt] is being employed in this bill, it doesn’t note the need to preserve the structure of that text. And so, other sources can easily change the array of a copyrighted text (say, make the last sentence the first) and present it as their own content.

I’m sure that the law will be [only] a formality.

Are transformations possible in the media sector?

Everything is interconnected, and the media’s activities are inseparable from the economic sector. We have to remember that information is a product that we have to be able to create. Research and analyses are also information products. And for such products to be many, Armenia’s economy has to grow. Every economic sector has to have its own information infrastructure and be able to satisfy its demand for information.

Moody’s, for example, recently lowered Armenia’s European bond rating. One of the factors it noted for doing so was the drop in financial transparency, as a consequence of which investment flows dropped (by 65% in one year). As a result, the market became monopolized and became undesirable for foreign investors.

And the media is an extension of the economic sector.