‘Journalists No Longer have a Task to Do’ 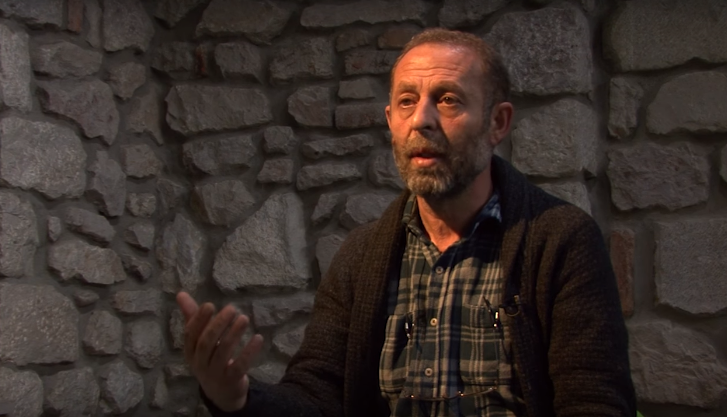 Edik Baghdasaryan, editor-in-chief of Hetq Online, which is published by the Investigative Journalists NGO, in a status update on his Facebook page [AM], wrote on Sunday that the Armenian authorities were able to “destroy the media sector,” where journalists can no longer find their place.

“I have been pondering shutting down Hetq for quite some time, because in the media sector, It seems we no longer have either a place or a task to do,” said the reputable editor, who has contributed greatly to Armenia’s media landscape. After the status update was published, Armenia’s online news media rushed to declare [AM] that Hetq was closing its doors.

Baghdasaryan emphasized that though he’s faced with an extremely desperate situation, since both the entire media sector and the journalism profession are distorted, Hetq is not yet refusing to conduct more investigations.

Your status update raised quite a storm. What motivated the pessimistic post?

Working in the media sector, you no longer understand why it’s necessary to print a newspaper, to maintain a news outlet. Personally, the despair is killing me. The media sector is completely distorted.

Is it because of the pressure [from the authorities]?

A news outlet doesn’t shut down because of pressure; the problem is much more simple and at the same more profound.

See how state officials and oligarchs manage their relationships with editors, whose orders are journalists carrying out, with whose money are they going on vacation, and other such things.

In Armenia, the news media has become the sector that’s the most controlled. Control of material, topics — the facilitating of published content is clear.

The problem is that the traditional sources of information no longer work. There is no longer a need to carry out investigative journalism (which often takes months, anyway) to find your own sources to present all sides of the issue. Now the sources of information have their own medium and they can immediately disseminate the information — from a viewpoint convenient to them. Now every official and department has its own media.

The police, for example, has a few of its own websites where it publishes information quicker than even on its official website. This is not a normal situation. There’s no official information, but sites that feed from official sources write about it.

And, by the way, many of them have neither an address nor a staff of journalists.

Media’s role has unspeakably reduced; instead, the role of various sites has increased.

Many of the websites aren’t media?

No, they’re not, as their main purpose is not to gather information, but to disperse information. Journalists suffer for months; they study a topic, work with sources, but in the end, their work is lost in the vortex of these sites.

A myriad of sites with their collective efforts throw into the media an insignificant and dispersive topic, say, a kiss, breasts, bloody suicides and accidents, and with that, they destroy the value of issues raised by journalists.

And I have to say that it’s done quite cleverly and consistently. The destruction of the media sector was planned, and it began not yesterday but much earlier.

Over the last 4–5 years we’ve come to a point where the media sector has become completely drained and devalued. And after that only one thing remains: to get out of the sector, since disgusting things are happening here.

How likely is it that Hetq will suspend operations? Many sites have already written that the news outlet which you founded is bidding adieu to the media sector.

Working in this situation, of course, becomes meaningless, but Hetq is not going to shut down tomorrow, after all!

Of course we have a lot of problems, mainly financial. It’s impossible to demand better work from journalists and at the same time pay them only 60–70,000 dram [about $150–170 USD] a month.

But we have obligations and programs that we have to conclude. So we will definitely work until the end of this year. And we still have to do a few more investigations. Now, for example, we’re waiting for the return of the team investigating the offshore story, which will become the continuation of previous reports.

Is the investigation on the media sector, media owners and purposes, which you promised, still in the works?