“Without money, it’s still possible to develop cinema, but without will, no” 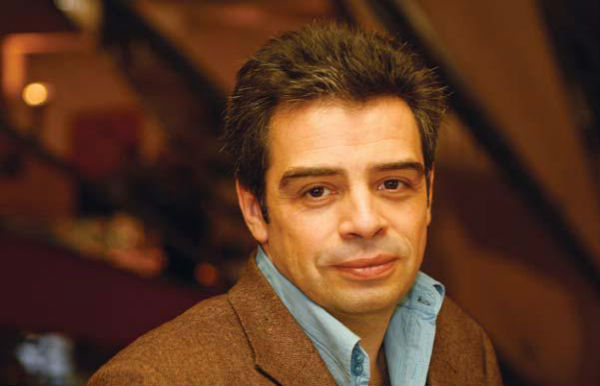 Joël Chapron, vice-president for Central and Eastern Europe for French film distributor and promoter Unifrance, has been researching the European film sector for many years.

He is also familiar with the issues of Armenia’s film production and emphasizes the need to create film laws as the first step to overcoming the crisis in cinema.

France’s example is very instructive for us, since the law permits to levy money from media players using film (also from movie theaters) and this way to ensure the development of cinema.

What are the main principles of French film legislation?

In France, the film regulatory system has been around for over 60 years. And though it’s always adapted to technological developments, its main principle (I’d even say its philosophy) has remained unchanged: those who use film or scenes from films absolutely have to pay for their use.

Since 1946, French cinema has not been dependent on the state budget but is financed by a special tax, which is collected from all film consumers without exception — first of all from viewers and TV stations and soon also from internet providers.

We have a special type of tax that applies to every box office ticket: In France, 11% of each box office receipt goes to the French cinema development fund. It turns out that viewers by watching, say, a James Bond film also support French cinema.

At one time, this tax was paid by TV stations, then DVD distributors. Now we’re fighting with internet providers, trying to get them to pay this tax, since online piracy has become a serious problem.

Americans criticized this system a lot, saying that French cinema is developing on account of the success of US films, which isn’t quite true. US films, indeed, make up a significant portion (40–60%) of the film market, and, of course, viewers of US films likewise contribute to the development of French cinema.

When something new comes up, officials and film sector professionals immediately react  and make corresponding amendments to the legislation, create new taxes, so that the main principle, which I already mentioned, won’t be violated.

Every day, the state partakes in the regulation and development of cinema — but not financially. The state created the Centre national du cinéma et de l’image animée [the National Center of Cinematography and the Moving Image, or the CNC], which gathers all the taxes and distributes funds among all those in the sector: producers, distributors, and even movie theaters.

What are the preferences of the French film market? In which directions is it developing?

The volume of film production increases from year to year: 272 films were produced in 2011, including co-productions. France has co-productions with 30–40 countries, most often with Belgium, Canada, and Germany.

This is the direction we are currently developing, which in the overall context of globalization gives good results. It’s a fact that in many countries, film funding is decreasing; even major filmmakers, not securing funding in their countries, often apply to us. Wim Wenders, Nanni Moretti, Nikita Mikhalkov, Atom Egoyan, Stephen Frears, and even our African colleagues apply to French producers, being convinced that they will receive funding.

Perhaps it may seem strange, but a network of movie theaters is also developing (in the Soviet era, they called this kinofikatsia; that is “film-ification”). In France, there are 5,500 movie screens; that is, more than 2,000 film theaters, which constitute Europe’s most developed film network.

It’s important that movie theaters are close to people’s homes.

In the 70s and 80s, multiplex cinemas were mainly built outside cities, in the suburbs. Now there’s a different trend: municipalities want to preserve cultural activity and make it as accessible as possible in central areas. Also benefitting from this are movie theaters, which are entertainment venues like restaurants.

The state pays much attention to this matter, as it emphasizes the importance of preserving film heritage for future generations.

Is the expansion of movie theater networks because of state policy or need?

There are no state movie theaters in France (nor state producers or film agencies) — all are privately owned. Film generally is a privately owned business, which is strictly regulated by the state.

Without state permission no one (even in the case of purchasing appropriate land or space) has the right to build a movie theater, since a movie theater builder must understand that everything in that area is going to change — the appearance of the building, the road traffic, the flow of people, even the attitude towards children… these matters are quite seriously discussed by expert commissions.

There truly is a demand for movie theaters and an increase in the number of cinema-goers. In the 50s and 60s, the percentage of cinema-goers was quite high, then there was a drop [in numbers] (there came television, then video, DVD). Today, there is again an upsurge: 260 million spectators annually, which is nearly twice as much than 20 years ago, considering that France has a population of 60 million.

People go to watch films with great pleasure — and all sectors of society, by the way. Unlike many other countries, the core audience is comprised of not teenagers, but over 20 year-olds. And 25% of the audience are pensioners.

Recently, for example, I was informed that in Russia, pensioners make up only 4% of cinema-goers.

We also have a culture of going to the cinema, which is formed since childhood. The state even carries out special programs in elementary schools: not that films are shown in school, but they take the kids to the movie theater — to watch films with everyone in a large, dark screening room. That’s very interesting, after all.

There are such programs also in colleges and universities. Perhaps it’s due to this practice that people continue to go to movie theaters [in their adult life].

Of course there’s another factor: people will continue to go to movie theaters as long as the technology and equipment in the theater is better than what they have at home.

In Russia in the 90s, for example, people ubiquitously stopped going to the cinema because of not only the increase in ticket prices, but also the old and unpleasant theaters that weren’t heated in the winter. People preferred staying at home — in front of the TV.

Movie theaters have to think a few steps ahead so that people willingly pay to watch better quality films in more comfortable venues.

What percentage of cinema is funded due to audience goers?

Last year, the CNC gathered about 700 million EUR, 150 million of which came from the special tax on box office receipts, while the rest came from TV channels’ taxes. This means that the TV viewer invests more in film than cinema-goers.

In France, direct and indirect film funding models are used.

If you produce a film that by renting or screening is financially successful, a certain portion of your earnings are returned (by way of taxes) to the French film development fund.

In this fund you have a special account. You can’t use the money to buy a car, a house, or build a swimming pool. It can be used only for investing in a new film.

The law is written specifically in such a way so that successful film producers don’t simply put the money in their pockets, but continue their work. A portion of his income goes to the fund and no one else but him can use that money. Thus, due to an initial period of work, quite a lot of money is collected to begin shooting a new film. And this is done automatically.

Of course, as in all countries, in France too the decision to fund a project is made by special expert committees. This is the direct financing route.

Usually, money is allocated to non-commercial projects during the phases of development, production, and rental use. Many auteur films are selected and included in international film festival programs, and we always think that without our help, these great films wouldn’t have been created.

In Armenia, in the absence of film legislation and a state film studio, what is the alternative option to film development?

I see no other alternative if there is no will. For example, if there’s no money, it’s still possible to develop cinema. But without will — no.

Of course, in any case, it’s necessary to have a law on film (what to write in that law is a different matter), since film occupies a special place in culture, and its creation requires large funds; consequently, overseeing and managing the flow of that money is necessary.

In this age of globalization, there exists several programs that are necessary for the exchange of information, films, and projects. One of these is Eurimages [European cinema support fund], which many former Soviet countries are members of. This program requires a small membership fee, but provides opportunities for co-productions. Such platforms contribute to progress to some extent, but a law on film is necessary.

Adapting the law to technological developments is also necessary. When the French law was being established, no one thought that one day it would be possible to download films at home (in those years it just seemed fantastic). But film legisltation is necessary even for a country like France where film has always been a private and not a state-owned business.

The work of the state is to regulate the sector and define the limits of the law so that people know their rights and opportunities.

Excerpt from the interview with Joël Chapron.

The interview with Joël Chapron for the roundtable discussion on film legislation was prepared by the Reporters Without Borders program and Internews Media Support NGO.