“No one is prohibiting television from creating positive meanings, messages, and images” 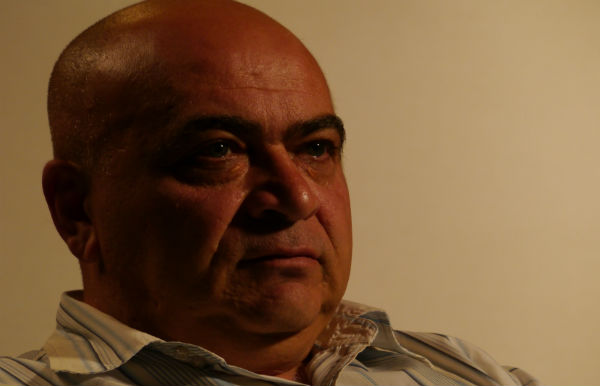 Public relations and media professional Tigran Hakobyan is an expert on television.

The former head of the Public Television of Armenia and Armenpress news agency, he has followed the transformations of the media and the proposed value system.

Hakobyan reminds us that television is a public good, and we should observe local television programming with this realization.

What are the main problems of television today?

It would be more accurate to talk about the transformation of the role of television, which often the public doesn’t realize and of which media professionals don’t speak. Journalism faculties in Armenian universities continue to teach and convince students that television fulfills three main public functions: it provides mass information, public education or enlightenment, and public entertainment. And, it seems, television’s function end with that.

But in the 21st century, this is no longer the case. The original information revolution ended in recent decades and today television more often doesn’t reflect reality but creates a second, parallel virtual reality, which for various social groups is often more convincing (or appealing) than real life. Many know the well-known joke about the Armenian granny who wants to live in the Armenia depicted on Haylur TV.

In other words, television today fulfills a much greater social and psychological function than in the past: it can change value systems, create new heros, and offer and oblige new rules of conduct, new moralities. This incredulous instrument has much greater influence when it falls outside of society’s control.

Our [Armenian] society doesn’t yet realize that the airwaves belong not to the state and the governing authorities and not even to the heads or shareholders of TV companies but to the public, and it’s a great public good. And since people don’t yet realize this, they will continue to complain about television, watching it for hours and being unable to formulate the right request and requirement of television programming policy.

Political propaganda, it seems, has become the main factor in television.

Of course, political propaganda has always been and will be a function of television as long as states, political forces, and fight for power exists. And not only of television — this function is fulfilled also by the print media, radio, and film.

Look, after WWII, dozens of propagandistic films were shot; for example, The Girl of Ararat Valley in Armenia, or The Cossacks of the Kuban in Russia. Comparing these films’ colorful, harmonious, and carefree images and that prevailed in both Kuban and Ararat valley, you see that already at that time totalitarian propaganda was creating a new reality, which was quite impressionable and attractive for viewers.

It’s just, that propaganda had an impact on a small audience. You had to buy a ticket once or twice a month, go to the cinema, but then, coming out of the theater, again confront reality. Whereas today, you don’t leave the house, you encounter virtual reality every day, every hour, every second. And that makes the propagandistic impact hundredfold [more powerful].

But I’m not talking about only undemocratic, not free regimes. Former Primer Minister of the UK Margaret Thatcher once said it doesn’t matter how the government works, what’s important is convincing the people that the government is working well. That is, in terms of politics, television fulfills that role all over the world. The difference is that in free countries it’s done more delicately, while here [in Armenia] it’s rougher and done openly.

It seems, man, seeing reality, shouldn’t believe in the existence of a second reality, but he believes. Why?

He believes because every person has a need to believe. Human psychology obliges believing. If man doesn’t believe in his future, real life, the prospect of living with low wages, he is forced to pin his hopes on the virtual world, which grants him new life, new approaches…

Man begins to believe that sooner or later there will be positive changes in his life too. But how will those positive changes take place — due to hard work, good quality education, or your struggle for your rights, or due to brutality, deception, “good” friends?

In this sense, Armenian television over the past few years completely transformed value systems. See who is the modern hero of television today — most definitely it isn’t the accomplished, industrious, forgiving person. The hero is he who succeeds through force, connections, his entourage, his enraged stance, and his violent behavior towards his wife and family. This picture obliges younger generations to see the examples and models that will bring them success.

How dangerous is virtual reality?

It’s dangerous because Armenia’s elite doesn’t nourish television with new ideas and visions of the future. Television today can only play with the myths and stereotypes rooted in the mass consciousness of Armenians (an ancient and long-suffering people, genocide, Armenians’ special mission, thousands-year-old history, cultural monuments).

That is, the entire value system obliged by television is tied to the past. Neither Armenian television nor Armenian political or economic thought has a vision for the future.

I think, for this reason, any program inclined towards the future doesn’t work in Armenia and doesn’t elicit public reaction. Remember the program “Armenia 2020” launched about 10 years ago? Its creator, Ruben Vardanyan, spent large sums of money, suggesting the public to imagine the future of Armenia. It got no response from the public, since the public doesn’t have a unifying vision — nor do news outlets offer that vision.

And a great void was created, since Armenia’s economic, political, and cultural elite didn’t fulfill its historical mission, didn’t nourish the media with new messages and new meanings, which would become a topic of broad discussion. And television filled that void with soap operas and entertainment shows, which created a completely different value system.

I think, often this is not tied with political censorship. Simply that the journalism sector didn’t realize that television bears no responsibility for events; that is, it’s not responsible for the execution of events — it only reports information about events. Television is not to blame that people are poor, the judicial system is defective, corruption is blossoming, and monopolies are choking the economy.

Due to internal censorship, TV companies are even afraid of objectively reflecting that which doesn’t depend on them. It seems to them that by covering the event, they assume the blame.

Is there a need for exemplary, also reproducible conduct?

I think, that’s the only direction that the state or governing authorities should control, since it’s one of the issues and challenges of state security. The generation that tomorrow will be engaged actively in work is growing up with television models.

It’s interesting that the authorities are content merely with political censorship, while in all remaining matters, Armenia’s press and television have quite a lot of freedom.

But I don’t see TV managers, producers, and other officials trying to take advantage of this freedom. After all, no one is prohibiting television from creating positive meanings, messages, and images.

But the news is mainly comprised of absolute positive words and images.

In political news, positive meanings and images are used for one reason only, to justify the ruling authorities’ rule and actions. Other domains (soap operas, entertainment shows, programs) don’t work with positive meanings.

It’s hard to find any program or soap opera that describes not murders, shouting and crying women, and criminal brothers, but, say, chess minds, military life, or beautiful stories about love. Television doesn’t convey positive meanings, explaining it according to audience ratings, which is not convincing for me.

In my work I’ve come to understand that the elite, television, and state propaganda shape both the value system and public taste.

If Armenian TV companies convince viewers from morning to night that the best thing for Armenia is the Stone Age, I assure you, two, three months later, all of Armenia will believe it.

Television with its programming can create a moral atmosphere, a new hero and new reality, as a result of the emergence of which today’s bleak picture also will change.

How will television be in the near future, considering that it is always criticized but watched?

We’re used to blaming television, but how much of an interest does it have (as a production plant, with its workers, directors, and managers) in creating a suitable value system for Armenia today?

I think it doesn’t have such an interest, since, let me repeat again, the longevity of the power of the political, economic elite does not depend on the public’s tastes or will.

And the public, not realizing that the airwaves belong to them and are a public good, is unable to shape its prescription for television. The public also doesn’t have the channels to deliver or impose that prescription, that request.

Whether this situation will last long or not is hard for me to say. But in the 21st century, television, using new technologies, has to strive with its content to correspond to new ways. Marshall McLuhan said the medium is the message; that is, the form of a medium embeds itself in the message, the content.

The powerful technological means of the 21st century, which help programs to be broadcast on air, must impose also powerful positive content better perceived by the public. And of course, it would be good if, as a result of these processes, also increasing would be our political, economic, and cultural elite, who would give money to television to serve not only their economic and political, but also Armenia’s interests.

But for that, any citizen of Armenia, especially opinion leaders in different domains, has to realize not only her own, but also the public’s interests. I think, sooner or later, this will happen.

Though now we’re in the Internet Age — though, nevertheless, television will continue to remain a major informational, sociological, and psychological tool with everything compressed in it.