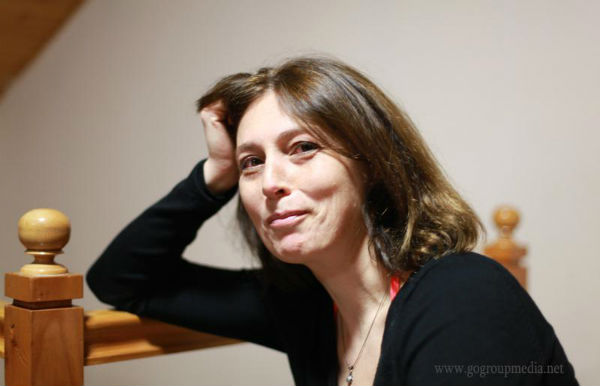 Margarita Akhvlediani is the founder and director of Go Group /Eyewitness Reporting Studio, which unites professional and citizen journalists documenting real-life stories. Margarita has worked as a journalist, editor and producer of Georgian newspapers, radio and television. In 2002, she edited the Institute for War and Peace Reporting’s Caucasus Service, and she has taught and lectured students in the entire Caucasus region.

There’s the impression that in this region Georgia has the highest level of freedom of the press and freedom of speech. Is this really true?

Media has to be free of propaganda; that’s why when all the national channels are controlled by the government (that is, the presidential apparatus) it’s simply censorship, and the two opposition TV channels are likewise and just as much controlled and work just as actively for the opposition against the ruling authorities — so it can be said that there simply isn’t a free television space in Georgia. Regretfully, too, since television everywhere affects 99% of the population. And accordingly, people in Georgia receive exclusively propagandistic information from one corner or another.

When we are looking at print media in Georgia, the situation is much better, but in these times people don’t

love to read newspapers, even around the world. The print media survives in a very difficult situation. And in Georgia sometimes when a newspaper or a magazine has about 1000 readers, they say hooray, we are winners. There are newspapers, especially regional, which are free, which are trying to be independent, to be like watchdogs for the government and opposition, but they are small (circulation-wise) and they have few readers, so we can’t talk about influence. It’s great that we still have independent media but, unfortunately, not an influential one.

Newspapers are dying everywhere in the world because the market is small and television has taken the market everywhere. I think, it’s even impossible for newspaper without any financial aid from business or international foundations or government to be good. But it’s so important. Many newspapers over these past 2-3 years are starting to work on their websites, to develop their online media — sometimes very popular ones and much more popular than the newspaper itself. Sometimes when print media and its online version combine their efforts, they can survive. We have newspapers with a circulation of 10,000 or 20,000 copies, but they are just newspapers writing about issues not related to the society’s wellbeing. They write about beauty contests or such things. They are more akin to publishing rumors.

In the regions, print media is more independent, except television of course. Radio is pretty popular and pretty developed in the regions.

Online media today, I would say, is the only breath of fresh air. Several websites are popular, which have several thousand hits per day, which are independent, which are professional but online. That is, mostly in Tbilisi, maybe in Kutaisi, maybe half in Batumi, but that’s it because the Internet in the regions is poor and besides, they don’t have the tradition of reading the news online. Usually, even when they have Internet access, it’s about getting on Odnoklassniki, Facebook and Skype or playing online games. So I can say, this segment of the media industry is good but also not influential. But the Internet is rapidly developing.

What obstacles does the opposition media face? Are they subjected to pressure from the government?

They are. There are several scandals around Maestro TV; it was just a detective story. Sometimes equipment is stolen; sometimes they are not allowed to get licenses. But it’s difficult to say every time that this is because they are oppositional  and not because they are not professional.

It looks like there are a lot of scandals around these 2 channels, but maybe because of [such scandals] they like to promote themselves. Sometimes I have this feeling.

What I would say, the problem is, which is not so open like scandals, the market again, the advertising. For example, Transparency International recently researched two magazines: Liberali and Tabula. Because these magazines are in the same niche, they are political, economical, magazines important for society — good ones. The directors of Tabula are directly connected to the government (the publication belongs to the wife of one prominent government figure) and Liberali belongs to an absolutely independent group. Liberali has no ads; they are running around, begging from businesses, but they are told off the record – I can’t do it, sorry.

We have many examples of investigative journalists who published their research and the newsroom receives comments every day from the presidential apparatus dictating what to talk about, even whom to involve, which expert to involve to comment, what words to say — every word is controlled on television. There are several investigations done by independent journalists who can prove this. It doesn’t help to overcome the situation, but it’s openly accepted and published online.

There are a lot of restricted themes on TV. But there are no restricted topics in any other media. If you can’t reach more than 10,000 people then you are free. When you can reach more than 10,000 people, then you will be restricted.And Tabula has a lot of ads, just half of the magazine is full of articles, while the other half is full of advertising. So Transparency International published its research and Tabula tried to sue the organization, but could not dispute the evidence, because the research was done professionally and they only stated the facts. So advertising is a very important tool to silence the media. They use this tool — not the method of entering a room with guns; it never happens in Georgia.

In Armenia, members of parliament frequently sue opposition news outlets. Is this also the case in Georgia?

I would say they are acting smarter. They try never to be involved in such court issues. It’s much easier in Georgia — like the proverb  “The dogs bark but the caravan moves on.” You can just bark as much as you can until you can influence 3,000-10,000 people. It’s freedom. Go ahead!

How effectively is social media used as an alternative media?

I am not an expert, but I would say that based on my own experience, Facebook is the most popular platform now, and it’s 50 percent just for chatting with friends and sharing photos and 50 percent sharing opinions. And the latter is getting bigger and bigger, when Facebook is used for sharing civil, societally important opinions. Facebook is very popular, and it’s the best way to distribute news that you are going to conduct research or organize a flash mob or training or to say what one of political figures said was bullshit. So it’s the best way to tell it not through media but through Facebook. And everybody uses it now and every news outlet has its presence on Facebook.

Even me, sometimes I catch myself using Facebook more than my email inbox for my business. All my

connection with students is through Facebook: all communications, even the homework which was required from them was in Facebook — they posted it on Facebook on  a closed page for students.

And blogs, we have at least 2 big portals, where many, many blogs are gathered mostly in the Georgian language. What I don’t like is that our social media still can’t talk openly about conflicts, about ethnic issues; for instance, Armenians and Azeris in Georgia, or Georgians and Abkhazians. I don’t see a more calm and serious discussion on Abkhaz-Georgian issues — in the Georgian blogosphere it’s mostly curses. And I don’t like it. Not only because we Georgians don’t look nice but also because it doesn’t help. It only makes things worse. It’s not a lack of a culture of discussion; it’s lack of willing to discuss.

In your opinion, what needs to be done to raise the level of freedom of the press?

We need freedom of business in Georgia, first of all. Now business is actually free the small business, the rest of business is monopolized and this field is not free. And as long as business is not free in Georgia, we won’t have free media. They are directly connected. Don’t start from media; law is great: Not so many but still we have professional, good journalists who would like to be independent, who hate to be pressured. We have people who can do well in the news media; we have good education, great laws, and a lot of rights for media. What we don’t have is money. It is impossible to develop professional media on a national scale without real money, without earning money. How long can one rely on money from international foundations? It’s impossible.