‘A Journalist’s Only Defense is Professionalism’ 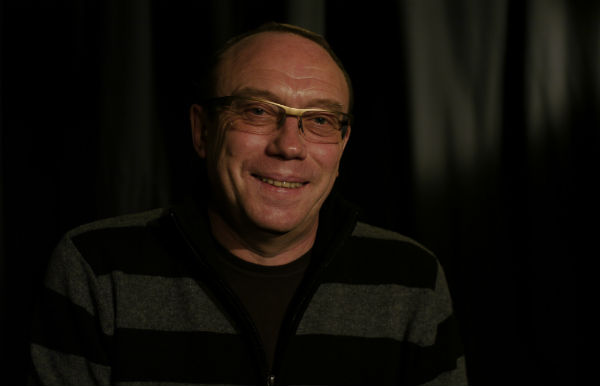 Anatoliy Verbin worked for many years as a special correspondent for Reuters in the former Soviet Union and Baltic countries. Currently an independent media consultant, he travels around the world, conducting trainings and seminars for young journalists. Having had contact with journalists in Armenia, he is convinced that the problems in the field of journalism are the same around the world.

Has the format of structuring and offering news changed in this technologically saturated life of ours?

I am deeply convinced that the development of technology has had no impact on the nature of news. After all, what is considered news is that which might interest a large number of people in a given time period. It’s also important that this news be perceptible and “close” to people (physically, geographically, in terms of mentality).

News can be compared to sturgeon, which is never fresh a second time. The first instance of freshness is also the last.

How would badly prepared news be described?

I think that journalists’ main “sin” is surface work and the lack of context. What happened is not yet news. Context must be added to the facts, otherwise the reporter’s work is nil. Of course I’m not that well-acquainted with Armenian media, but following the work of Russian and Ukrainian media I see that context is always absent from the news.

Recently I came across a shocking example: a Russian newspaper had written that an outdoor ice theater was to open in Moscow on Dec. 10 and in quite a large piece didn’t even allocate one word to note that there would be an opposition rally exactly at the same time on the same day next to the theatre. That is, there was no context. What was that reporter thinking, I can’t understand.

You can’t ignore the context, since when news is prepared in the format of “What? Where? When?” the role of both journalists and the media in general declines. The development of technology allowed people to find out what happened, when and where through iPads, phones and other devices, but only a good journalist is able to put this information in context and explain what is really happening.

Blogs too are considered media. Can bloggers be considered rivals of professional journalists?

I don’t think that bloggers and tweeps will be able to offer the same quality of news as professional journalists. Say, there was a train accident, the track was damaged or one of the cars flipped over. It’s understandable that the first to convey the news won’t be the press but witnesses who will upload photos and testimonies taken on site onto Facebook or Twitter. But the information they impart won’t be sufficient for a regular audience. Only a good journalist will be able to place the news in a real context, stressing the percentage of the railroad’s wear and tear, statistics on transportation disasters or, say, noting that the authorities of that country decided to develop air transport instead of the railway, and so on.

Generally I prefer to talk about specific examples. See, a few years ago the world was shaken by the rallies in Iran. And since journalists weren’t allowed to be present at the rallies, the only source of information became images shot by mobile phones. And the world was left with the impression that all of Iran had stood up on its feet against the president. Meanwhile, it was deceptive information, which wasn’t presented from different points of view since there weren’t any professional journalists.

In Armenia, people usually read two types of newspapers, opposition and pro-government, since they understand that the truth lies in between. How can we overcome this duality?

I think there are two parallel paths to overcoming it. First, you have to raise journalists’ professional level. There are always difficult situations and unbearable conditions. And the only defense to these is the journalist’s professionalism.

And the second path is transforming the public. I don’t know by which of these paths Armenia will move forward, but you have to remember that good quality journalism cannot be found in a society where the level of organization is low (as journalists are part of this society). If society is developed, if it’s able to self-regulate and formulate civil claims, then it will have good journalists.

Of course, ideally, it would be great if journalism was at least half a step ahead of the public. But if journalism isn’t falling back, that’s already good.

When a great wave of protest followed the State Duma elections in Russia, it became clear that many news outlets, particularly television, had fallen a few feet behind the public. We too are expecting elections — what sort of mistakes should we avoid? And how?

I think that covering the post-electoral process might serve as a great example for Armenia’s media industry. In Russia, the elections were guided by  terrible falsifications, but only the opposition news agencies were reporting this. State-run media (also television) was silent. And all noticed that the public’s contempt for state media during those few days increased by several times.

The way the state media acted was simply stupid, because besides the fact the one of the primary rules of journalism had been violated (present at least two opinions), a wrong political decision had been made. This is a good lesson for all media — including Armenia’s. After all, isn’t it rather unpleasant when fully controlled media find themselves in such a foolish and ridiculous situation? It was even noticeable that some Russian news reporters were simply embarrassed. And shame is a good companion for a journalist.

News is spread very quickly on the Internet. Doesn’t content suffer as a result?

Say, we quickly glanced at a piece of news on the Internet. And what? We manage to read only the headline and the first sentence; that is, that which a good journalist wants from us. After all, isn’t this or emphasizing thoughts a part of journalism work?

After all, isn’t it only because of the Internet that The New York Times and The Guardian haven’t stopped being respected papers, continuing to be considered sources of good quality information?

But can a publication remain a source of good quality information if there is censorship?

Only in authoritarian regimes is total and direct censorship imposed. I’m convinced that the most disgraceful manifestation of censorship is self-censorship,  which begins from the general political situation.

The best way to fight against this is to create strong and prominent journalists unions.

Working with various journalists, I’ve noticed that a serious problem is language skills. Journalists often write in such a way that it seems that they’re writing not in their native tongue, but in a foreign language. If a journalist’s language is not rich and versatile, then the educational system needs to be reformed. But let me also say that it’s much easier and more effective to teach the youth rather than retrain an older journalist who thinks, this is how I’ve worked my entire life.

So the journalist’s best assistant is professionalism — language, logic and knowledge.