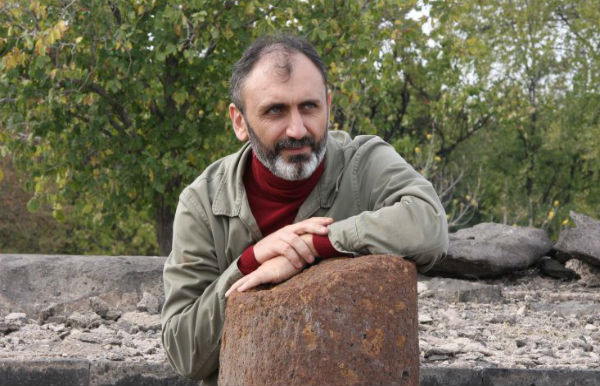 According to president of Antares Holding and member of the Advertising Council of Armenia Armen Martirosyan, the different players in Armenia’s advertising sector (advertisers, designers, clients, and so on) speak to each other in different languages, which affects consumers — that is, all of us.

What language should those working in television advertising speak?

For the advertiser it’s not important how many hours his ad has been screened (after all, an ad can be screened for 2 hours straight but no one sees it); what’s important is how many people have seen it and whether those viewers are from his target group or not (say, children’s diapers are advertised, but the viewers are mainly the elderly).

And why can’t they speak the same language?

The problem of the advertising sector in Armenia is greed. I can say that to advertise their product in Armenia the world’s largest companies (Pepsi, Proctor & Gamble, etc.) are prepared to spend 2–3 times more money than they are currently spending (we’re talking about a few million dollars here). But it’s not happening because we are unable to properly value our product.

It’s important for employees in the advertising sector not to beat on or run over each other. But what happens in Armenia is approximately the following: the TV station manager tells the advertiser, you need one kilogram of advertising? Well, we’re prepared to give you 10 kg of advertising for that same amount, but on one condition — you only advertise with us.

And in this way, the airwaves depreciate, since 10 kg of advertising is sold for the price of 1 kg.

TV companies are competing against each other, not thinking about tomorrow or market issues. The desire to get in each other’s way only leads to one thing: less money flows into our market than it could.

Actually, everything is very clear: if Armenian TV companies were confident that they would maintain their status for at least another 20 years, they wouldn’t adopt such tough policies. But the problem is they don’t know what tomorrow will bring — perhaps tomorrow they won’t be allow to broadcast (as was the case with ALM, for example).

We’re a nation that lives for today (today, there’s money, I want it; tomorrow, there will be more money, but I don’t want it). There’s no faith (trust) in the state or toward one’s neighbor or colleague. Finally, the reason for inflation is lack of trust.

Who then profits from this “multilingual” reality?

When people speak in different languages, it mainly benefits translators. In this case, the officials who defend the interests of this or that party and earn money. The problem is that officials aware of their own impunity might easily notice the violation of one TV company but not the other. They can deprive a TV station from its advertising stream or simply shut it down.

By the way, there’s no “powerful” TV company (or business) — any can be persecuted and deprived of broadcasting.

An increase in the amount of hidden advertising (“product placement”) on television is noticeable. Is there any particular limit to this type of advertising?

Product placement, according to Armenian law, is considered an element of regular advertising. And it’s a fully measurable element, which doesn’t allow room even for debate. Translating product placement as “hidden advertising” isn’t quite accurate since it’s clearly an ad, which appears in films and TV programs — by way of beverage bottles, biscuits, cigarette packs and other types of products.

An ad is an ad and it must be subject to limits as defined by law — regardless of whether it’s hidden or not.

And how would you describe the type of ad that is used in news programs and glorifies donations or, say, visits to hospitals by various politicians or businessmen?

According to the law, there should be no ads within news programs. And even if managers of news agencies don’t believe they’re broadcasting advertising content, we see that this or that political party or this or that oligarch’s move is openly being advertised. And that is already a violation of the law (news and advertising are not differentiated).

The first piece aired in the Haylur news program, for example, might be viewed as an example of a hidden ad, which advertises the authorities of the Republic of Armenia. It’s the same situation in Russia.

Because it’s a bribe for votes and it doesn’t matter if it’s done the day before elections or 2 years before. If you give someone something and you expect a return (in this case, at least a particular attitude toward you), then you’re bribing.

The law on advertising is frequently violated particularly in the TV industry (especially in terms of volume and length). Do the violations lead to fines or court cases?

The more information there is on violations, the better. I think, the consumer has to defend her rights, by sounding the alarm that she’s been served more advertising on television than is permissible by law. Imagine if a doctor gives a patient a double dose of medication and the patient ends up being on the verge of death. What, shouldn’t he try to take the doctor to court, on charges of endangering his health? He must. And the same with advertising. Exceeding the amount of advertising defined by law has a poisonous effect, after all.

You’re saying consumers’ salvation is in the hands of consumers?

Of course, consumers’ unions have to work intelligently and actively. But it’s also understandable that the two unions we have protecting consumers’ rights are overburdened (from morning to night, they’re responding to incidents of violations in the weight of bread, the sale of rotten or expired foodstuffs). In order to regulate the advertising sector, warnings by citizens are very important.

There’s a pattern: when instead of consumers someone else pays, the acquired goods don’t merit value. For example, if a philanthropist is sponsoring the printing of a book, as a rule, the book doesn’t receive resonance from readers. A book given as a gift isn’t read. This same rule applies in all areas. When you buy a ticket to see a play, you definitely go to see the performance, but when you receive a free ticket to attend, often you ignore the invitation.

Recently, for example, Armenia TV was fined for exceeding the volume of advertising (per broadcast hour).

I think this is a good precedent. Sooner or later, we have to forget about the idea of citizen informers and be guided by law. The term “citizen informer” is generally specific to backward, undeveloped societies.

Commonly, the form and content of the ad is also characteristic of society’s health and taste.

In marketing, there’s a branch of ethnic studies. You go to anyone’s home and inspect the contents of his fridge and you can say what kind of car he drives, what kind of furniture he prefers, what kind of music he listens to, and so on. The type of goods and the way they’re sorted tell a lot about the owner of the fridge. Now let’s imagine that our fridge is our television which shows how we live, what we consume, what we think and with what we can be tempted.

Of course, no one’s forcing television to be avant-garde, but today it’s not even walking beside the public but is constantly falling behind and pulling society back with it.