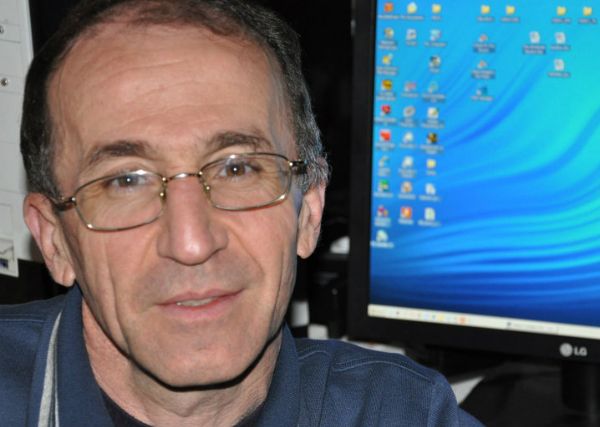 Director of documentaries and TV movies Ara Shirinyan’s observations on TV products and our expectations is an attempt to understand — what sort of television do we have? And what, eventually, does television want from us?

It’s been known for a long time already that all TV channels [in Armenia] are subject to censorship. It seems everyone has very easily reconciled with this fact.

It shouldn’t be surprising, but this is how it is in the whole world. For example, in Israel, nearly all news agencies are subject to military censorship and the journalists don’t complain. In the US, the governmental viewpoint is understood quite well; Americans are confident that it stems from their interests. People agree to the airwaves being controlled from a state security point of view so that moral and democratic values are protected. In Armenia, the public likewise is ready to accept the priority of state interest toward media.

In that case, why are people disappointed by television programming if they hardly watch TV?

They don’t watch it because television is no longer theirs. It belongs to a group of people who try to invent another reality, where there are no protest demonstrations, no soldiers who commit “suicide”, no social polarization and no emigration. By watching television, people don’t understand who’s responsible for this country. For example, in soap operas, as in Greek drama, fate is what commands their destiny; there are no guilty; you come across one or two undesirable things, but that’s us.

I think the task of media is to bring reality and people’s curiosities closer together (the professional journalist always speaks from the viewpoint of public interest). Humans shouldn’t be cut off from reality. And yet Armenian television today does exactly the opposite. We often see how in news coverage the most urgent subject becomes simply a piece of entertainment. Those covering the news often avoid all types of sharp corners; they “muddle” the problem and present serious issues as temporary obstacles, which occasionally happen during the successful governing of the state. Every unpleasant and problematic incident that appears on the screen is served as a hapless accident or a sole exception. You might also see programs where in order to extort sensation individual views clash with one another. And you have to ask: where is the public interest? There is no interest — only the desire to conduct a survey.

And who is responsible for the programming: the state, the public or private owners?

Political content is controlled by the government, while the rest, the entertainment shows, soap operas and so on, large business and is the result of oligarchs’ tastes, since they’re the ones financing the filth. The public has no leverage to influence programming content. Television in Armenia has misinterpreted its role. It has become a tool to put psychological pressure on the public and exclude a political alternative.

Might internet television become a source of alternative information?

It might, of course. But, internet television by nature doesn’t reach a large audience. I think, in the future it will fit in the format of forums or social networks. Can you imagine (as in Facebook or hundreds of groups), the channels “Fight, fight till the end ” [a popular slogan used by Armenia’s main opposition] and “Gagik Tsarukyan” [leader of the Prosperous Armenia party and notorious businessman] appearing on internet TV one day? Then we can speak about being free from the vulgar wares of broadcast television, and it will be possible to finally receive and disseminate alternative views… Though we have this right now too through the Constitution. And there always must be an alternative view. When it doesn’t exist, media and society very quickly become ill.

Journalism today is changing before our very eyes, under the influence of social networks. Public issues are constantly discussed in [online social] networks. And it’s not an empty televised debate where because of continual time constraints or the whims of the host, it’s not possible to discuss anything serious. But in social networks you find unique information of an event enriched by personal experience. Born here is collective knowledge which also forms collective consciousness. All this is then moved to the professional press, imparting a special charm to a new generation of journalism, its main asset being social claims. I believe that media today has to be concerned with public issues.

There is a pattern: if media doesn’t serve social problems, it is forced to serve the viewpoint of the state.

We have to assume that parallel to the strengthening of alternative media, political structures will try to control it as they did with television. In Facebook, there are already groups created by particular services, which try to guide youth initiatives and divert civic movements toward entertainment and games. However, Armenians on Facebook very quickly reveal such pretenses.

Is it possible, nevertheless, to have free and at the same time quality television?