“Ethical Norms is Something Inside Us” 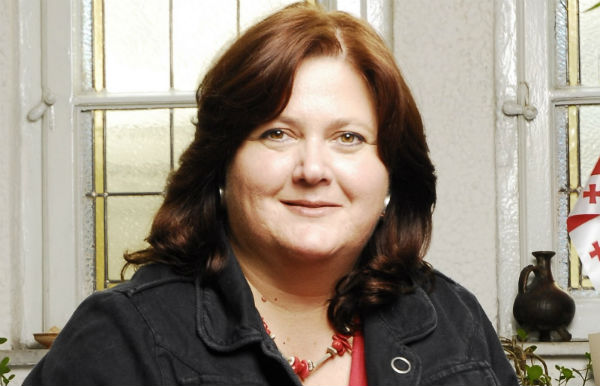 Ioana Avadani is the executive director of the Bucharest-based Center for Independent Journalism. She has led programs ranging from the professional qualification of journalists and the support given to media companies to advocacy in the field of media legislation and consolidation of journalists’ associations.

What is the aim of journalism ethics? What is its importance and significance?

It is very difficult to say what is the aim of journalism ethics. I would say that journalism ethics is part of how we do our job, who we are as persons and as professionals. This is why I’m reluctant to say that one can teach journalism ethics, as it’s very difficult to teach. What I would like to do is talk to my fellow journalists, which I do, and discuss together how to judge certain cases, how to judge certain situations. Writing a code of ethics or learning a code of ethics is very easy. There are 10-15 points, everybody can learn them by heart. How to act in your day-to-day work based on these rules is a difficult task and this has to be exercised — not necessarily taught but exercised.

Is there any point where journalists can violate journalism ethics? And if yes, where is it?

We can violate journalism ethics or journalism norms or journalistic standards by being either careless or ignorant (not knowing) or by being insensitive, not thinking that some of our actions can hurt somebody or we can voluntarily violate some rules if there is something more important at stake; for example, the public interest. Everybody knows that the private life of a person is protected. Well, a journalist can violate the private life of a person if this person is a public official; if he or she can demonstrate something very powerful like the public official violating the law, being engaged in illegal activities or things like this.

Are ethics any different in social media than in the rest of journalism?

Yes and no. Definitely they function differently because people in social media do not know the rules of journalism and are not obliged to respect our rules. I have a problem with those journalists who act differently in social media and in traditional media. Ethical norms is something inside us. If we decided that we are honest, fair and balanced in our professional life, I don’t know if we can afford to be dishonest, unfair and disbalanced in our private life. So for me it’s bad sign to see that a journalist is behaving differently in social media than in traditional media, because I suspect him or her of being a hypocrite.

I think that we are reaching that point where virtually everybody can be a content generator. I’m not saying that everybody is becoming a journalist, because I know that this is a profession that requires more than just generated content. But even the fact that new technologies and the internet are almost everywhere, I think that a very important part of day school should be what we now call journalism ethics: teaching kids to be fair, to be honest, to respect the truth, to respect the rights of the others. Actually, this is what we have to teach kids anyway. We call it journalism standards because this was part of our profession, but actually it is just acting as a responsible human being.

What are the most common ethical violations that you have noticed in Armenian media?

Based on discussions with journalists, I think private life or concerns for private life are quite an issue here, either to respect them or go to somebody’s private life for what reasons. And I also think that there are tensions related to the history of the country, and if we allow these passions that are normal for any human being to interfere with our job as journalists, we fail as journalists. And therefore, even if it sounds unrealistic, probably journalists cool these passions a little bit; just let them be there, but not act based on them. It’s not the journalist’s job to correct the world; a journalist’s job is to expose the world as it is. There are politicians and public figures to correct the world; people can change the world, not journalists.