“If I had to decide, I would still go for traditional media” 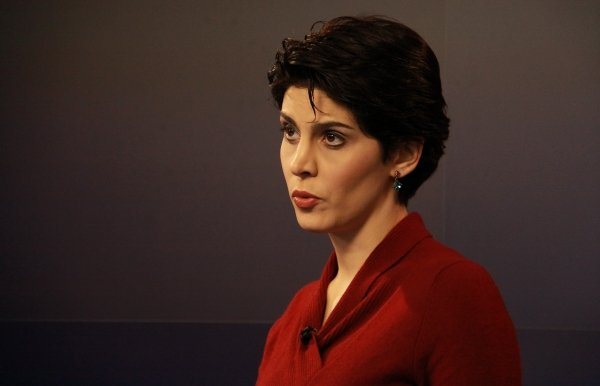 What’s the role and significance of traditional media in the era of social media and citizen journalism?

It used to be that everybody listened to the traditional media, and the traditional media journalists told the story and talked to people in a tone that was like: I know what happened, I know how to analyze it, I will tell you what the world is like and you will listen to me. And it used to be that the people turned on the radio or switched on the television and believed everything that journalists from any news agency or any television channel were telling them. In a way, this was fine because all the journalists worked really hard to find the information and tell the story, they studied in university for many years, travelled around the world and had all this experience that they brought with them, which they still do, which is excellent.

But technology in this modern world has gone to a place now where everybody has a laptop and a mobile phone; the new generation in most of the countries have internet and it is a lot easier for each person to tell their story as they see it and to tell the world what they think about what their president is saying today or what they think about the earthquake that happened in their country. Therefore, I think social media is a new resource for journalists to help them find out more information, interesting stories, new ways to tell stories better and more audiences who will listen to their stories and their reportage. Media now has a larger audience because people have more access. Even if you don’t watch television or follow the news online, you are confronted with the news everywhere you go.

But I think there’s still something important that traditional media brings to the table and that is experience, analysis and making sense of it all. Because you, as the audience, don’t want to go check Facebook, Twitter, blogs and a hundred different websites only to find out how many people died in the earthquake and what the president is going to do about the bad economy or what’s going to happen with the future of terrorism. You want somebody else who has done all of that for you, made sense of the story, studied it, researched it, has come up with a suggestion or with an opinion or an idea or an analysis to make it a lot easier for you to understand and say, “Oh, thank you very much for telling me.” Also, you don’t want to believe every blogger you read or trust every YouTube video, do you? So again, you need someone with a smart eye and experience, with a pattern recognition of seeing things and putting it all together, calculating and finding the real result, which is again something that traditional media does very well.

So traditional media is much more trustworthy than social media…

In general, hopefully, yes. It depends on the traditional media. In some countries I trust the social media a lot more then I trust the television stations. In some- yes. I mean I trust the BBC more than I trust a blogger whose name is Black Cat, right? Cause I’m not sure who he is, where he is, whether he is a cat writing a blog or a human being or a crazy human being or a fanatic human being or who? So I want somebody to help me figure that out usually. I’m quite interested in reading the weird blogs of all the people in the world, but I don’t want to have to trust them for my source of information and for my source of knowledge.

I myself prefer a very nice mix of both of them, because that’s the best media. If I have, for example, a report on CNN or BBC or a given Armenian TV channel that says our reporter interviewed the minister about the economy and then we went on to the streets and we talked to five people and this is how they feel about what the prime minister said and then we went on Facebook and I read your two comments about what people on Facebook are thinking, because they are different generation, they are different group of people, and now I can also read one blog, who is an economist and he wrote an economics blog and this man thinks the prime minister’s decision is good or bad. That’s the complete report for me, cause it tells me everything I want to know about the traditional, about the modern, about the young, about the experts and about the average person. But if I had to decide between one of them, at this point in time I would still go for traditional media, because it is more complete and it is more easy to digest and trust. But maybe one day social media will become so strong that you will go to Facebook for your daily news, but right now the news that is on Facebook is mostly a BBC link or a New York Times shared article. But I like a mix of both; I think that makes journalism a lot more stronger.

What is the trend in traditional media today?

I think right now the most important trend is cooperation, a mix of new media and old media together. For example, right now if you look at any article, say, on the Financial Times or the New York Times or CNN or BBC, you will see there is an article, there is a photo gallery; people have sent the pictures; there is a video; there is a link to YouTube right under it; there is another link that says post your own video here for us, put it on our website; there’s another box with comments underneath for people’s opinions; there is the e-mail address of the journalist who wrote it; you can send him an e-mail and say what you think about this article and right beside it there is a link to the same reporter’s blog if you want to read how this journalist felt about doing the story — so it’s like the twenty different parts and pieces of a puzzle coming together. I think that’s the best trend for media to have right now.