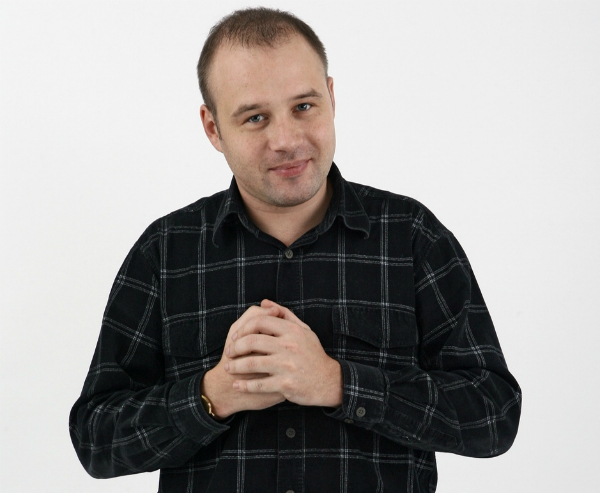 Pavel Chernikov, editor-in-chief of Russian publication Kommersant’s website kommersant.ru, while in Armenia, gave lectures on the “Presence of Newspapers on the Internet.”

Media.am spoke with Chernikov about issues concerning print media and its future, as well as certain unique aspects of the Russian print media market.

Nearly everywhere in the world there’s talk of the crisis of the print press and media published on paper. How do you see the impact of this crisis on Russia?

We don’t yet fully feel the crisis. But we see that in Western media income from advertising decreases year by year. In addition, this trend becomes more noticeable each year. And so we understand that in a few years, this phenomenon will be clearly expressed also in the Russian market.

Currently, revenues received from advertising are several times greater in print media then in the online versions of those same newspapers. However, the number of online readers are comparable to — and in many cases, greater than — the circulation figures from the print version. It’s obvious that both in its impact and through the structure of future revenues the role of the Internet in the business of publishing is increasing.

For this reason, Kommersant’s strategy is to engage the “non-newspaper” audience, to develop our own radio station and the website, to create additional programs for mobile platforms and so on. Parallel to this is restructuring the work of journalists and a change in their specialization and directions. The work of journalists becomes more directed not only on creating tomorrow’s issue of the newspaper, but also in using the Internet or radio more effectively. Journalists are being directed more and more toward creating multimedia content. They learn to take photographs, shoot video, and record good-quality audio and to report all this to the editors in the most effective way.

What are the differences between the print and online versions of Kommersant?

Everything that’s published in print is available on the website. In addition, throughout the day we prepare reports in the news category for the site. In the morning, Kommersant’s main page is full of material from the newspaper, which are of interest to readers the first half of the day. Throughout the day, current news appears on the site that hasn’t been published in the paper and gradually the news from today’s paper gets off the main page.

The Kommersant website gets 110–130 thousand visitors daily who view 700–800 pages. The site’s advertising policy includes stationary banner ads (partly through advertising agencies and partly through our own sales), the release of special issues and supplements, and the sale of advertising packages in different platforms: in the newspaper, on the website and on radio broadcasts.

Often, online publications “steal” material from newspapers. How do you fight against this?

Indeed, Kommersant articles are often unlawfully republished. The main issue here is it’s quite difficult to charge “small-time thieves.” Despite this, there are many cases in our legal service’s arsenal to launch court proceedings against those who intentionally violate the law. We have a legally binding agreement on the rules of republishing material with the large players in the market and so no problems arise with them.

And do you consider it likely that there won’t be print media at all, say, in 10 years?

I don’t think that there will be dramatic changes in the Russian market in the coming 10 years. Print newspapers won’t die and they won’t disappear. In my opinion, more time is necessary for that to happen. Rather, the format of consumption will change. It’s clear that with the possible and impossible development of electronic devices, people will read print newspapers less and less. But in any case, a part of the audience will keep reading newspapers as a habit; such a habit as, for example, drinking coffee in the morning or reading printed books in these times of the development of the Internet and television. In this sense, the future of newspapers can be compared with the transition from everyday cigarettes to rare cigars. In order for editors producing information for print media to exist they are forced to appropriate new platforms and technologies. And the appropriation of these new platforms, in my opinion, will be more timely in the coming 10 years.