Decriminalization of Armenia’s Defamation Laws is Aimed at Being Against News Outlets: Attorney 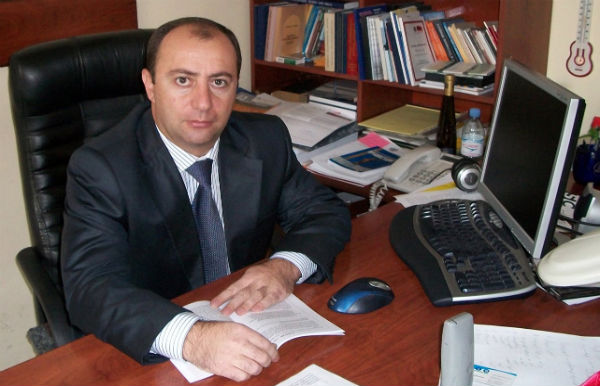 The package of draft laws decriminalizing defamation in Armenia approved on May 18, 2010, gave a green light to lawsuits against the press. In just the first quarter of this year, more than 10 libel cases have been sent to court. Editors and independent experts consider this a campaign against free speech. Media.am spoke with attorney Karen Mejlumyan to determine the basis of this issue from a legal perspective.

Mr. Mejlumyan, media experts find and have repeatedly stated that these cases indicate a trend toward applying financial pressure and clamping down on news outlets. What is your opinion?

It really is like that. Regardless of whether the person developing the article realized this or not, it’s a fact that it’s likely that he wanted to frame it that way somewhat, for it to be like that. As a result, there are serious attempts at censorship, at silencing the media. If the law is about a person’s dignity and defending it, why is only public insult included; why can a parliamentarian allow himself to curse someone, including a journalist, more so while he is exercising his professional activities? This law only refers to public insult; that is, news outlets and journalists have to assume responsibility for their words. It’s obvious that this is aimed at being against news outlets, and not defaming human dignity in general.

They said criminal accountability for insult or defamation is a heavy [form of punishment]; there has to be milder punishment; let’s bring [the issue] to the civil arena. But if the most serious form of punishment for insult under [Armenia’s] Criminal Code was [compensation in the amount of] 800,000 drams [about $2,162 US], well with the Civil Code Article 1087.1, it’s 1 million drams [about $2,702 US] — more than when it was [considered] criminal. The same with defamation: [compensation of] 2 million drams [about $5,405 US] is stipulated. They said it’s strict, but they accepted stricter. Under the Criminal Code, liability for insult was expected for obscene form; under the Civil Code, the term “obscene” was removed; that is, any expression that someone views as insulting can lead to liability. Under the Criminal Code, the noted “clear unfounded information” was exchanged with the phrase “untrue”: this means, any discussion of the matter can be brought to nought.

Insult is a question of subjective perception; for example, MP Tigran Arzakantsyan was insulted by the word “stilyaga“. What is the clearly prescribed limit of insult?

Today there is none. And, there not being one, the law becomes vague, and a vague law is unconstitutional. The law has to be certain so that anyone applying the law or being guided by it knows the boundary; the journalist knows what to write so that it’s not insulting. This limit existed in the Criminal Code; it was “in an indecent way”. What forced them to take this out of the Civil Code? The very thing so that they could hold the Sword of Damocles over anyone. This is very serious.

How do you assess the articles that became cause for the court cases. Is there a problem of self-regulation in the media?

Definitely. The article in one of the newspapers which is being sued interested me; I picked it up to read, but after reading halfway through I couldn’t continue, I threw it aside because I saw from beginning to end it was gossip, and if I don’t consider it gossip, then [I’d say] it was written with a clear slant. But the solution shouldn’t be this way; there has to be a boundary — a certitude has to be put into the law. Finally, in statements referring to politicians there could be exaggeration — there are precedents in the European Court. Such things can lead newspapers that don’t have sufficient resources to bankruptcy, it’s absurd.

The law on mass media stipulates the right to retract inaccurate information; that is, a person had the option of legal defense when it came to inaccuracies. With the law today, any inaccuracy can be viewed as insult or defamation.

Perhaps editors have a need for attorneys in order to avoid court battles?

I think this has to be viewed not on a purely legal, but on a journalistic level. That is to say, the law has to be such so that a person of sound judgement can perceive it — a lawyer is not needed. A lawyer may be needed in more acute cases. The law has to be clear.

The complainants are demanding the maximum punishment defined by the law and the courts rule in their favor. What tendency does this have and how should it be settled?

Perhaps the courts could define it: if this is the maximum, what would happen if there were two more insults in the article? The Armenian president also says that our courts today are not yet totally impartial.

The courts can apply the discretionary right awarded to them: if a newspaper has written a bad piece against any judge and the case came before him, he can provide the maximum liability, while not so in another case. The lawsuits by ruling party members against the opposition press so far have all been sustained through the maximum.

The courts might appeal to media organizations, people with authority in the media field, experts, so that they provide their conclusions: does the article [in question] contain an insult? did the journalist permit a break in ethics? is this a tendency? and so on. Then they can provide sensitive solutions and settle the issues.

Already news outlets are suing each other. How would you comment on this?

This line has been cast by someone’s hand; chaos has been created: a battle of Gladiators where in order to stay alive, you have to kill. You didn’t sue, they will sue you; you didn’t write an exquisite article, they won’t read you. Everyone is going to eat everyone. This is the self-destruction of free speech.

Currently the court is examining journalist Grisha Balasanyan’s honor and dignity defense claim against MP Ruben Hayrapetyan. In your opinion, will the court rule in favor of the journalist?

I think, at least in terms of financial compensation, the court will rule against; it’ll say this isn’t provided for in our laws and it won’t get deeper into conventions. Most likely he’ll win in the European Court, but that’s a long road — there has to be a solution to the issue today. The legislative authorities have to find it within themselves to resolve this issue.