Yerevan TV to Show its New Face from September 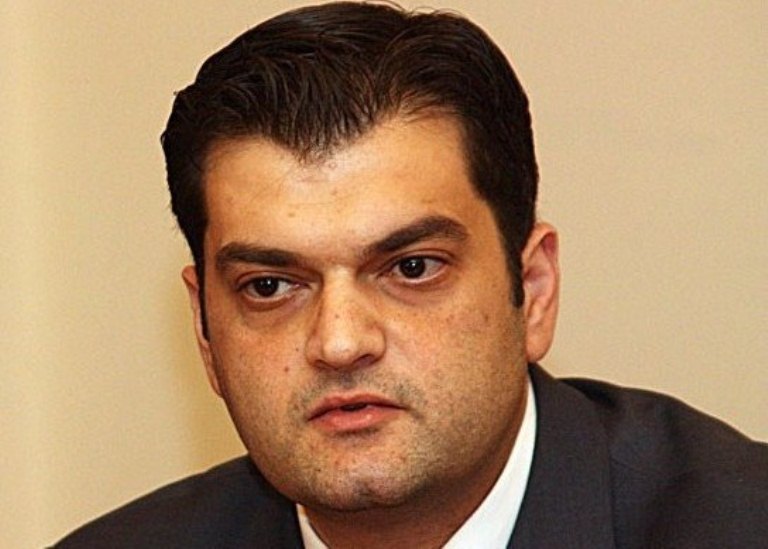 After receiving a digital broadcasting license, what programming policy will Yerevan TV be adopting?

Since we received the license for a youth channel, we’re going to put the emphasis on youth programs. But I think that what’s topical for youth are not only those subjects which are considered youth matters, but also all those cultural and educational projects that are few or absent from TV channels. We foresee our TV programs to be for both youth and the other age groups.

Yerevan TV will show its new face from September. There’s much to do, it’s not possible to do all of it in one, two months; that’s why we decided on the month of September, so that we’ll have time to prepare and work in the right direction. We’re now developing a television concept, as to how it will, what form and face it has to have, everything — beginning from the logo and ending with the texts, announcements policy, all that which is necessary to have a good quality TV channel.

What programs are you planning to broadcast on Yerevan TV?

I don’t want to sing high praises that Yerevan TV will be the best, unique. We’ll simply show Yerevan TV’s face, which will also correspond to its name. That’s why there’ll be program relating to the capital, where we’ll address Yerevan’s problems; we’ll also try to show the positive aspects of the city. Our number one issue is going to be the quality of the programs.

Also, in a few months, we’ll inform people about the completely transformed Yerevan through outdoor advertising.

You said you’ll be broadcasting educational programs. What format will these programs be in?

I can’t say the format because it’s not completely developed, but we’ll definitely have a program of this nature on air.

We’re also anticipating to air talk shows. We still haven’t thought about what talk show, but the venue where it’ll be held has [already] been decided, which is one of the most important problems in television. Today very few TV channels have the chance to hold talk shows in their booths, since they don’t have the space. Yerevan TV is creating a booth, which will meet all modern standards. In three, four months, the construction work on the booth will be completed. We’ll have at least two talks, with subjects of interest to the public.

What about political debates?

The most painful issue. All TV programs always want to have political debates in their broadcasts, since they’re considered to bring in high ratings. But, in my opinion, 95% don’t work. Perhaps 5% works, and not always, because our political arena today is not in the state where you can talk in the way that it will be interesting for TV viewers. The majority of people considers those to be previously developed, fabricated and not natural programs. Whether we want it or not, politics today has a negative effect on people.

We’ll try as much as possible to refrain from political discussions; let youth see only TV programs full of a positive charge on our channel.

Will there be changes to the news program?

Since the news programs of all TV channels try to have their orientation and be more required, to take on the mission to perform Armenia’s hardest work and get the most important, necessary information to everyone, and include political events, is not an obligation for all TV channels in disseminating information.

I think, there’s no need for all to work in the same direction. We won’t make global changes to our media. The only change, if it happens, will be that which no other TV channel in Yerevan does: we’ll address Yerevan’s problems and we’ll try not to go beyond Yerevan’s borders.

It’ll be more correct this way. People will know that Yerevan TV features news on the actual problems of Yerevan and its residents. We’ll try to work with different Yerevan-based governing bodies, to receive accurate information and include current Yerevan problems.

Some view Yerevan TV as a channel showing the selling of cars. Will you be continuing to feature this segment?

It’s not only Yerevan TV that has shown car sale segments; many other TV stations have had these segments in their broadcasts. Here, there is simply the issue of provision, formation and accurate presentation.

I can’t say whether they’ll be or not, but if so, then they’ll be offered in such a way as to have the appearance of a program, not as a marketing phenomenon. When our list of broadcasts is full, when we have realized all our ideas, I think at that time [such a program] will be no longer.

Believe me, beginning in September, you’ll see a good quality TV channel; at that time, I think, such questions won’t arise. One year later, Yerevan TV will be a high-quality channel occupying a serious place with more [high] ratings.

And will you be maintaining an online presence?

I think, Yerevan TV will definitely have its website. As to how it’ll be and how much people can be informed of the programs broadcast on our channel through accessing the site is still at the discussion stage.

Of course, having a blog is also very topical and trendy, but it shouldn’t be an end in itself. When on TV there will be so much to say, so many programs and it will be in full swing, when there will be opportunities for discussion, we’ll also have a blog. Today discussions on broadcast programs might not be that interesting, perhaps even having negative commentary. But starting from today, Yerevan TV will definitely be moving forward. Our programs will show our face.