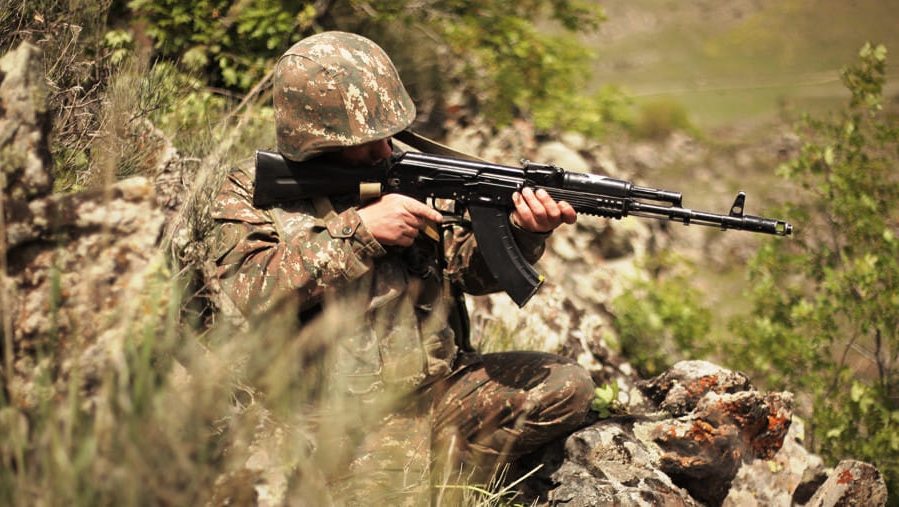 The Ministry of Defense of the Republic of Armenia announced on September 13 that from 12:05 AM the Azerbaijani Armed Forces opened intense fire on Armenian positions using artillery mortars, large-caliber guns, and military-grade UAVs in the direction of Goris, Sotk and Jermuk.

In parallel with the border tension, unverified information began to appear in the media. In particular, Azerbaijani Telegram channels, citing Armenian media, wrote that an agreement on the ceasefire was reached with the mediation of the Russian side. The Armenian source of spreading the news was blogger Mika Badalyan, whose words were also quoted by other websites.

After a short time, Telegram channels associated with the Azerbaijani authorities denied the news. The news of signing a ceasefire with the mediation of the Russian side was not confirmed by any official source either. On the contrary, both the Armenian and Azerbaijani sides reported that the border situation remains tense.

Today at around 11:00 AM, a message from the Russian Foreign Ministry stated that an agreement was reached to establish a ceasefire starting at 9:00 AM today. However, this information was not confirmed by the Armenian side. In his speech to the National Assembly, Prime Minister Nikol Pashinyan emphasized that the intensity of combat operations has decreased, but Azerbaijan’s attacks were continuing in one or two directions.

Aram Torosyan, press secretary of the Minister of Defense, said that at 2:00 PM the situation in some parts of the Armenian-Azerbaijani border continued to be extremely tense.

The Azerbaijani Telegram channels have started working actively, calling for the mobilization of resources in the online domain and collecting the social network pages of Armenian army soldiers, as well as videos appearing in the Armenian media field, which in some way reflect the border situation and the movement of the RA Armed Forces.

Telegram Channel “Без Масок ЧИВ” is one of the pioneers in organizing such activities. Media.am has covered the latter many times. At the beginning of military operations, the channel called on its followers to find videos showing the movement of Armenian troops in the Armenian domain of TikTok and Instagram. In the comments section, pages of employees with user accounts on social networks, in particular on Instagram, were published. 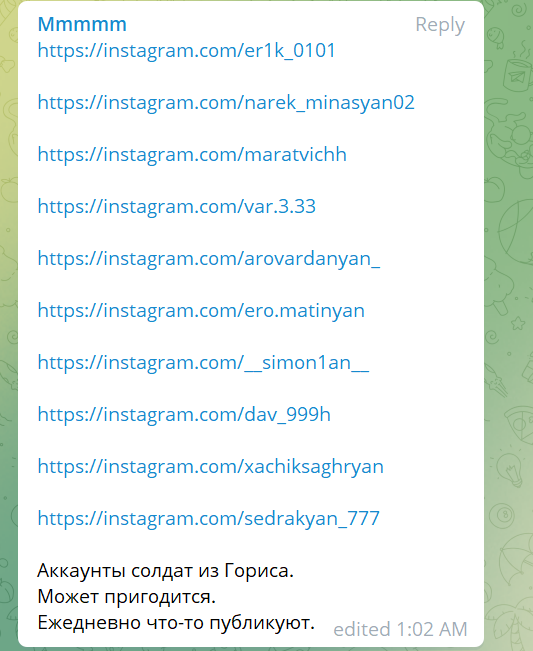 The Instagram page of another serviceman and videos posted in the stories section were also published. In fact, information about the movement of military personnel is under constant monitoring even by Azerbaijani Telegram channels and users. 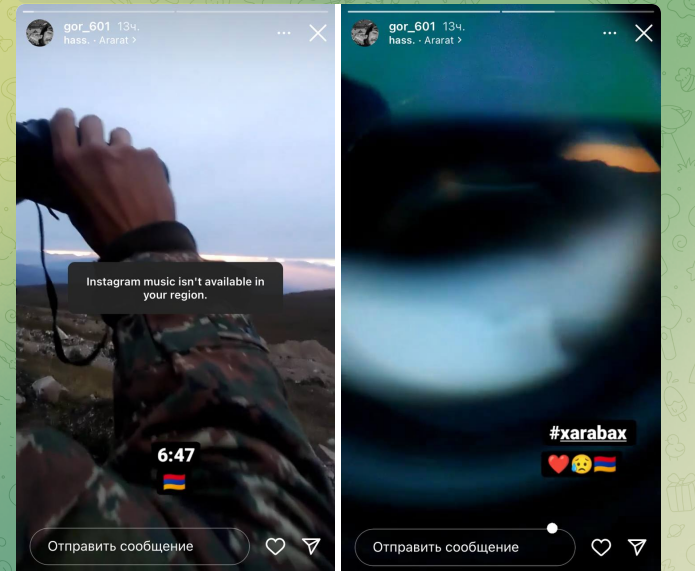 A few hours after the military operations, the Ministry of Defense of Armenia urged to refrain from posting videos of the ongoing intense firing.