There Was Military Equipment At The Zaporizhzhia NPP 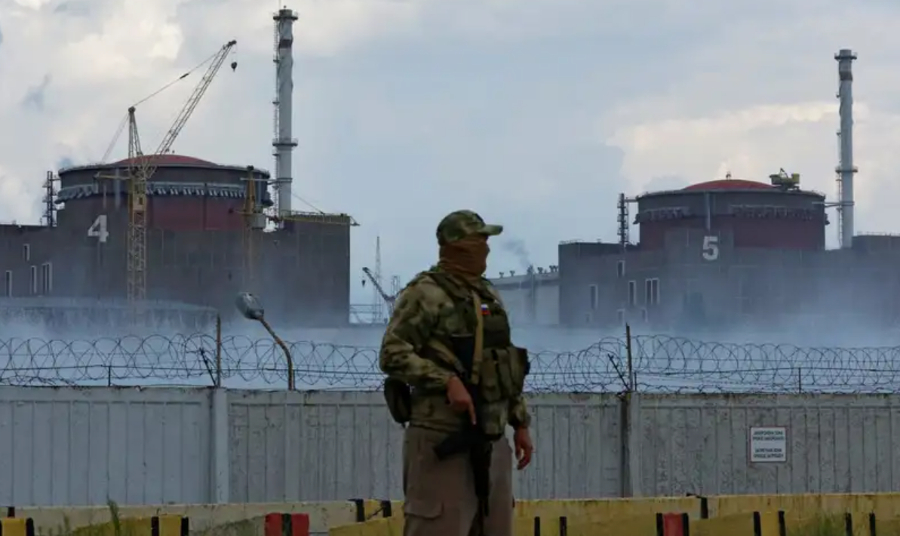 On September 7, Russian President Vladimir Putin referred to the report of the International Atomic Energy Agency (IAEA) on the situation at the Zaporizhzhia NPP at the session of the 7th Eastern Economic Forum on the theme “On the Road to a Multipolar World․” According to the President of the Russian Federation, the IAEA is a responsible organization, and at their head is a very professional person. However, Vladimir Putin emphasized that there is no Russian equipment in the area of the nuclear power plant, as experts write in the report.

“I have seen, the report says that the IAEA considers it inevitable to withdraw military equipment from the territory of the nuclear power plant, but there is no military equipment in the territory of the plant. IAEA employees should have seen it, and they can see it now because two of them remained there,” Putin said, adding that the National Guard is standing there, guarding the perimeter and the inside of the station.

Russian and Armenian media, however, did not fully convey the words of the Russian President. In many cases, the part of the speech that there is no military equipment at the Zaporizhzhia NPP was quoted, and Putin’s observation about the National Guard was missing.

Thus, the impression was created that the President of the Russian Federation was directly refuting the claims made in the IAEA report about the existence of military equipment, and the conclusions of the IAEA experts were also questioned.

IAEA experts arrived at the Zaporizhzhia NPP on September 1. The visit came amid growing concerns over a possible nuclear accident at Europe’s largest nuclear power plant. In addition to studying the situation at the nuclear power plant and neutralizing the dangers, the international specialists also intended to investigate allegations of shelling in the area. Now the main part of the mission has left the Zaporizhzhia NPP, two specialists have stayed at the NPP and will remain there on a permanent basis.

In a recently published report, they wrote that their team observed the presence of Russian military personnel, vehicles and equipment at various locations in the NPP, including several military trucks. The organization also published a photo, the authenticity of which the President of the Russian Federation does not question, but insists that it is not military equipment. 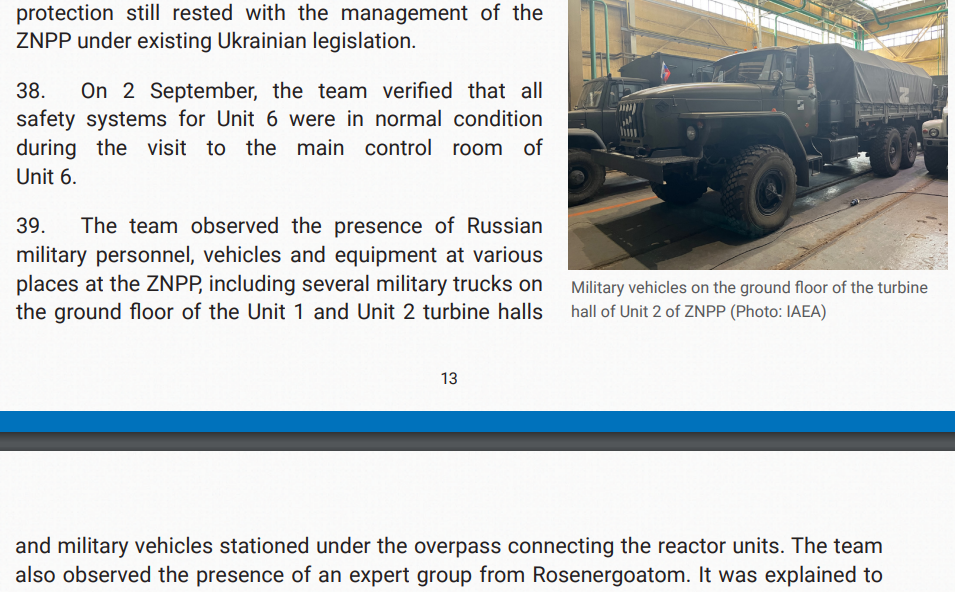 However, the latter’s claims are still puzzling, because according to Russian legislation, the National Guard is a military organization.

The Zaporizhzhia NPP is the largest in Europe and has six reactors. The nuclear power plant is under the control of the Russian army, but the working staff is comprised of Ukrainians.

Deliberate or accidental targeting of reactors or nuclear waste storage facilities could lead to a pan-European nuclear disaster. The parties accuse each other of conducting hostilities near the nuclear power plant.