The Results Of The 2021 Elections Have Been Disputed: Simonyan Is Wrong 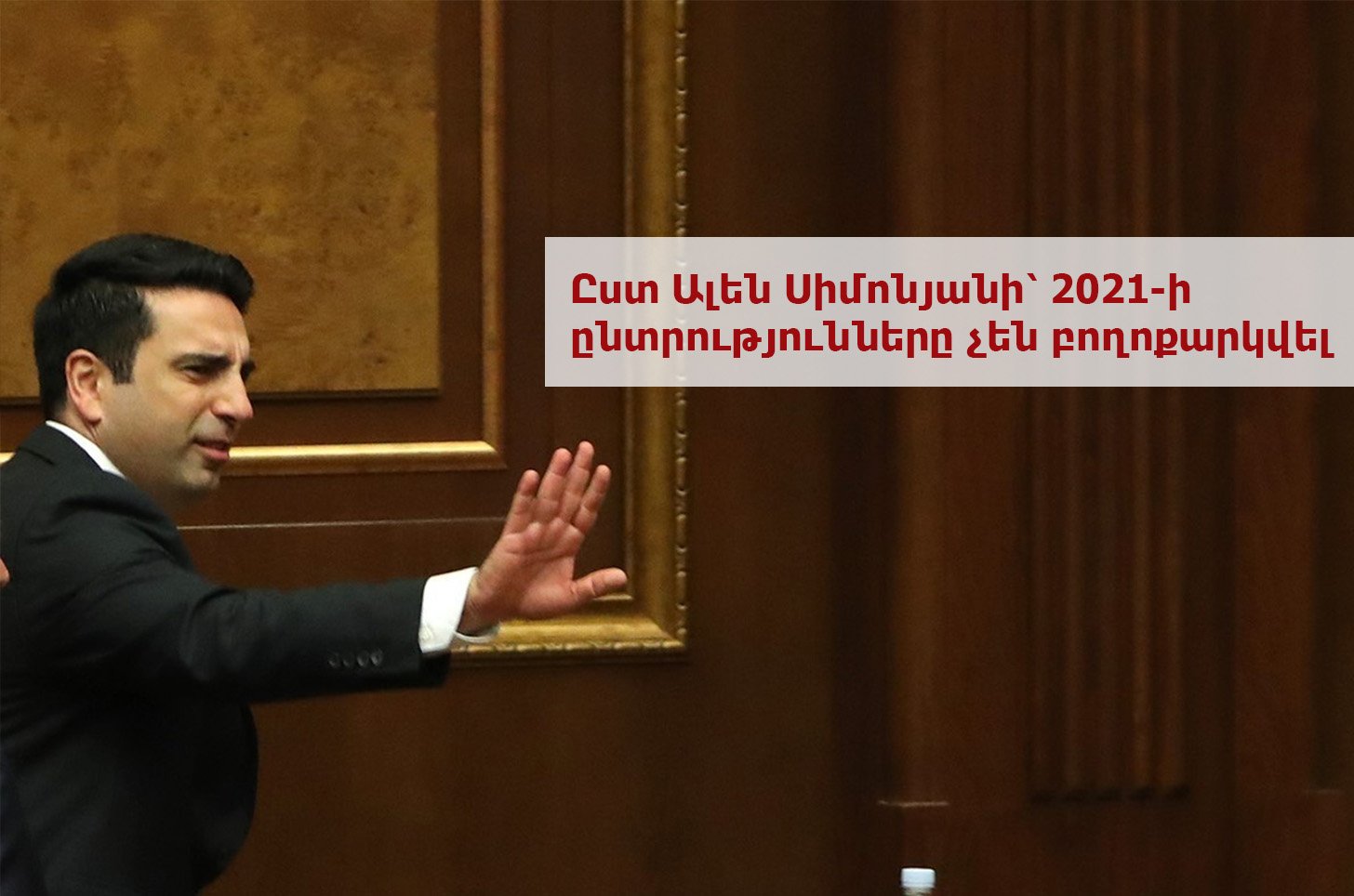 In a briefing with journalists on September 9, the Speaker of the National Assembly, Alen Simonyan, addressed the issue of the opposition factions not returning to parliament and not participating in the autumn sessions. According to Simonyan, the opposition accepted the results of the 2021 parliamentary elections, did not appeal in any way, but still does not participate in the NA sessions.

Alen Simonyan is right, the opposition, represented by the factions “Armenia” and “I have honor,” disputed the constitutionality of the election of the Speaker of the National Assembly in the Constitutional Court, but he is wrong when he says that the results of the parliamentary elections were not appealed.

The opposition appealed the results of the 2021 elections to the Constitutional Court. Four political forces, the “Armenia” and “I have honor” blocs that passed the parliament, as well as the “Armenian Fatherland” party and the “Zartonk” bloc that did not pass the threshold in 2021. on July 2, they appealed to the Supreme Court to declare the results of the snap NA elections invalid or to declare the election results invalid and to define the order of distribution of mandates, or appoint a second round of elections: Aram Vardevanyan, deputy of the “Armenia” faction, announced the appeal of the results.

“We submitted the application with a detailed analysis of the 12-point problems, attached documents, and our justifications. We presented our analysis of the results of 109 precincts, which refers to around 88,000 votes, out of which we saw that there were no signatures in the lists published in the electoral precincts for 4,000,” Vardevanyan stated.

Moreover, the same Alen Simonyan expressed his opinion in a conversation with journalists regarding the opposition’s appeal of the election results. The latter was sure that there are no serious arguments about violations and that the opposition is taking this step, in order to “save face.”

“I will be surprised if the Constitutional Court examines this application, which they submitted, for a long time, because it is obvious that this was done to save face, so that we do not have the opportunity to say that we have held another unprecedented fair election in the Republic of Armenia,” he said.

On July 17, 2021, it became known that the Constitutional Court left the decision of the CEC regarding the election results unchanged. According to the CC, the cases presented by the applicants had episodic or singular manifestations.

Thus, Alen Simonyan’s statement that the results of the 2021 parliamentary elections were not appealed to the CC does not correspond to reality. An appeal was filed by 4 political forces at once.