Criticism Of The State Department Was Not Mentioned On Channel 1 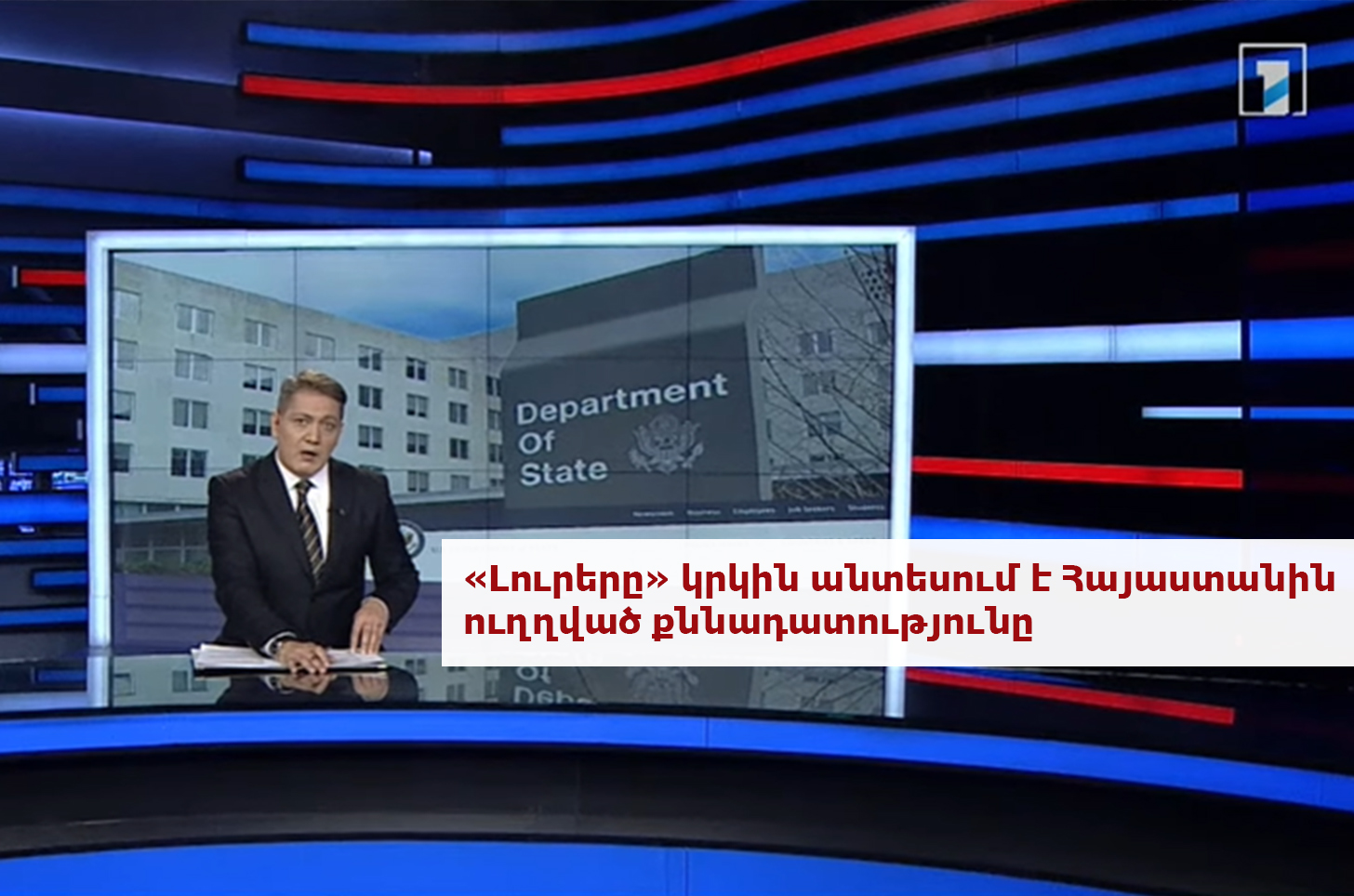 On April 18, the annual report of the US State Department was referred to on the air of “Lurer” on Public Television. As in the case of Amnesty International, this time the report did not mention the part of the report that referred to Armenia. The author of the article spoke exclusively from the part of the document dedicated to Azerbaijan, presenting the criticism directed at that country.

“The US State Department has published its annual report on human rights, in which the section on Azerbaijan refers to the most serious human rights violations in that country. From the problems registered in the elections of the Speaker of the National Assembly to the dependency of the judicial system on the government, restrictions on the freedom of the press, and illegalities against the Armenian captives. “The list of these problems is long,” the “Lurer” report said.

In fact, there is very harsh criticism in the chapter of this report dedicated to Armenia. In an extensive document, the US State Department refers to last year’s violations in the army, parliament, elections, prisons, and elsewhere, about which there was no mention in the “Lurer.”

The report is classified according to topics.

Deaths in the army in non-combat conditions

The report says the human rights community is concerned that law enforcement agencies are not conducting credible investigations into deaths in non-combat situations in the military, with many cases being classified as suicides, which reduces the likelihood of detecting and investigating abuses.

According to human rights activists, the biggest obstacle to investigating the deaths of servicemen was the destruction or non-preservation of key evidence by both the military command and the investigative body.

“During the course of the year, authorities did not take any steps to set up a fact-finding commission to investigate non-combat deaths and other human rights violations. The commission was planned to be established by 2020,” the report reads.

Conditions in prisons and jails

The authors of the report also expressed concern about the conditions in prisons. It is true that the number of detainees was reduced, including due to the improved system of early release, but in some prisons, the conditions were harsh and characterized by poor sanitation and insufficient medical services. While observers do not consider the prison conditions to be life-threatening, prison renovations since 2019 have not led to significant improvements for inmates.

There have been reports of arbitrary or selective arrests, as well as reports of some Azerbaijani detainees being illegally executed in 2020.

The Judiciary System and corruption

Referring to the fight against corruption, the State Department notes that Armenia had a legacy of systemic corruption in many areas, accusations of embezzlement of state funds, and involvement of government officials in dubious business activities. The authors of the report stress that the Pashinyan administration has taken steps to strengthen the institutional framework for the fight against corruption, including the establishment of an Anti-Corruption Committee.

“The judiciary has generally not shown independence and impartiality. Public confidence in the impartiality of judges has remained low. Civil society organizations have stressed that the justice sector retains many officials who have served in previous governments and subsequently made favorable decisions for them. Judicial corruption remains a concern,” the report said.

Violence against journalists and media outlets

According to the report, 18 cases of violence against journalists were registered during the year, 6 of which were committed by state officials. The law enforcement officers did not give assessments on the cases of the journalists who were the victims of the attack, citing a lack of legal grounds. The incident with the participation of Hakob Arshakyan, who held the post of minister, did not reach the court for the same reason. Instead, as the authors of the report note, the authorities have tightened the legislation on defamation, and severe insults, sharply increasing the maximum penalty as a punishment, thereby significantly restricting the work of journalists accredited in parliament.

The report of the State Department described the parliamentary elections as free but filled with intolerant rhetoric, and the case of uncovering the March 1 murders failed.

Details of the report can be found here.

Thus, for the second time in a month, the Public Television news program did not make mention of the portion of a report of an authoritative structure dedicated to Armenia, which was full of criticism. The first case was in March when Lurer failed to report criticism of Armenia in an Amnesty International report.