Women In Armenian And Foreign Armies: Numbers And Statistics 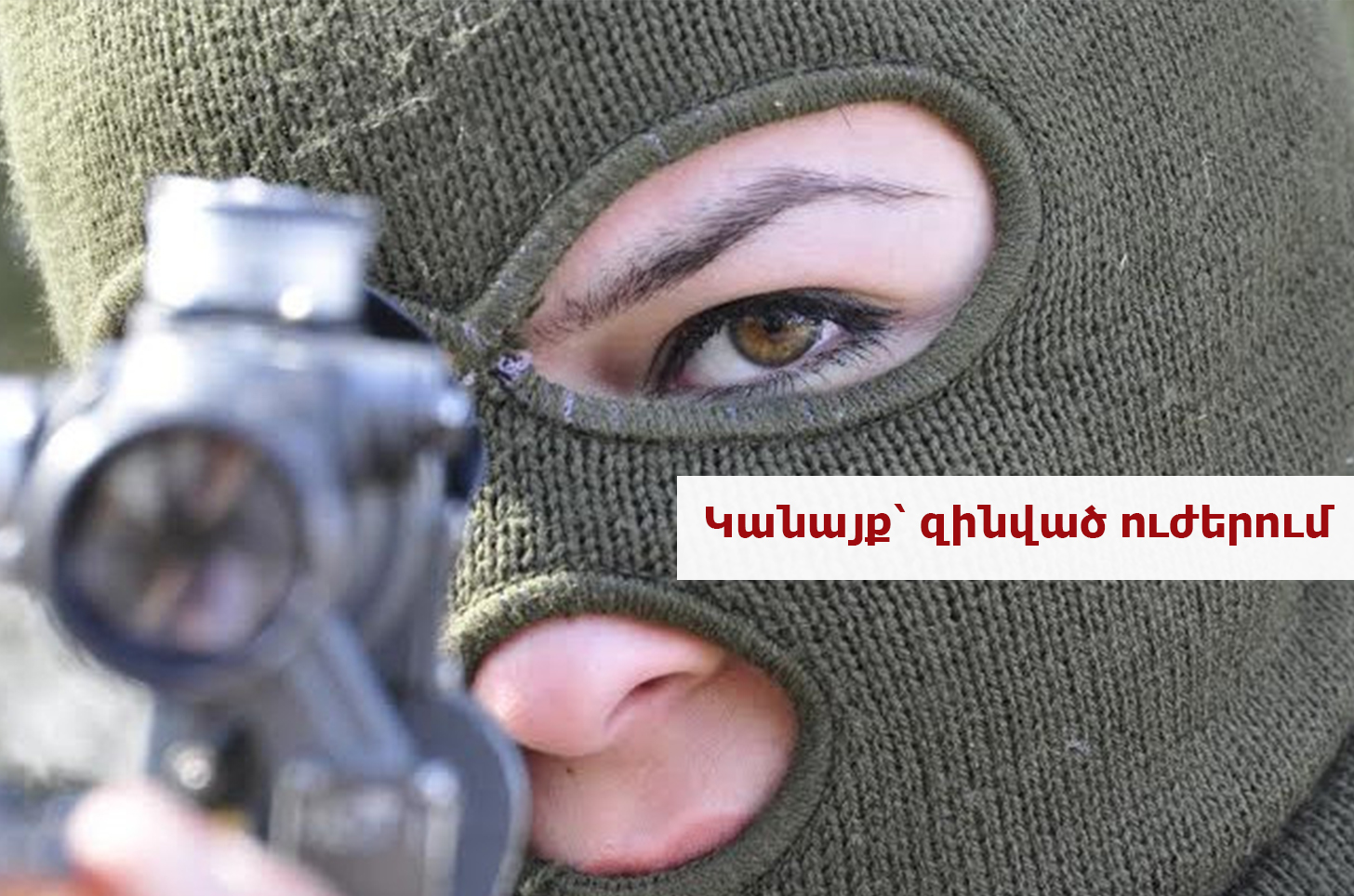 During the discussion of the Government’s program in August 2021, Prime Minister Nikol Pashinyan said that the large-scale involvement of women in the combat units of the Armed Forces is one of the priorities of the 5-year program.

“The narrative of women’s involvement has no ideological or anti-ideological basis but is conditioned exclusively by pragmatic calculation. Women are the majority of the population, and the involvement of their resources in any field means a distortion of our country’s development potential. This does not mean that women should be involved in the army as much as men, it is about using the full potential,” Pashinyan said.

More than half a year later, Deputy Minister of Defense Arman Sargsyan stated in his final report of the sitting of the NA Standing Committee on Defense and Security that a firing squad staffed with female servicemen had been formed. The deputy minister found it difficult to answer the question of what task has been set before the platoon, will it turn into a battalion or a regiment, will it be involved in combat units?

Media.am has studied the stage of women’s involvement in military units and what the task of the newly formed shooting squad is. We also tried to understand what the involvement of women in the Armenian Armed Forces is, and whether women’s interest has increased or decreased after the 44-day war. We have also studied the international experience.

The Ministry responded to our written inquiry that the women’s rifle squad is still in the recruitment stage and no task has been set for the latter. This means that women have not been involved in military units before, and they are still not involved yet.

The ministry did not inform us what percentage of the Armed Forces are now women, substantiating that the information is confidential. The reply letter addressed to us only mentioned that compared to 2020, in 2021 the percentage of women in the total number of contract employees increased by 0.8%. It is interesting, however, that back in 2014, the then spokesman of the Ministry of Defense Artsrun Hovhannisyan publicly said that the number of female contract soldiers in the army exceeds 20%, and their involvement in administrative work is 35-40%. Moreover, in 2012, the Ministry of Defense officially announced that more than 1,400 female servicemen and officers were involved in the Armed Forces, and in 2017, it was noted that the number of women exceeded 2,000.

Women’s military service in Armenia is voluntary-contractual. Unlike men, women have two main options for serving in Armenia: to serve on a contract basis or to choose service as a profession and to be admitted to military educational institutions, where the admission of women has become possible only since 2013. For the first time, the Vazgen Sargsyan Military University and the Military Aviation Institute opened their doors to women servicemen.

Until 2012, women mainly served in the Ministry of Defense and in the medical and communications services.

Now they are also involved in special units, but still, most of them are still non-commissioned officers and are involved in administrative work.

It is worth noting that a female serviceman is admitted to contract military service if there is a vacancy that can be filled by a female serviceman. Moreover, the issue of a female serviceman occupying the given position is decided by the head of the relevant state authorized body. Article 14 of the Constitution of the Republic of Armenia stipulates that every citizen is obliged to participate in the defense of the Republic of Armenia in the manner prescribed by law. This constitutional duty, in fact, is perceived and applied differently among citizens due to gender.

There are no women officers in Armenia. This means that all generals and colonels are men.

According to the Ministry of Defense, in recent years only one woman has been involved in the senior officers of the Armed Forces, who held office until 2019. We are talking about Lieutenant Colonel Gayane Hovhannisyan, who was appointed head of the Military Medical Department in 2017.

Examining the admission of women in military educational institutions by dates, we notice that their involvement has increased from 2013 to 2017.

Media.am also studied the international experience to understand what motivated the increase in the number of women in the armed forces of other countries and their involvement in various high military positions.

In Norway, all military positions are available to women. It is the first member of the European-NATO military-political alliance, where service became mandatory for both sexes in 2015. As a result, the proportion of women in conscription has increased with each passing year.

Although the number of women in the army is increasing year by year, the involvement of women in the general staff of the Armed Forces, even after this change, remains relatively small. According to 2021 data, women made up 19% of the total staff, men – 81%.

In Norway, every citizen, as a general rule, is obliged to serve the defense of the state for a certain period of time. The full service is 19 months. The service can be refused on a variety of grounds, including religious and moral beliefs, emotional attitudes, and so on.

In this Scandinavian country, on average, about 7,500 men and women complete their first service each conscription year, or about 13% of each group. A 2020 study by The Quarterly Journal of Economics found that increasing the involvement of women in the Norwegian Armed Forces lowered sexist sentiment in society.

Germany allowed women to serve in combat positions in 2001 by a decision of the European Court. Prior to that, women mainly worked as doctors and in military bands. There are now about 23,000 women soldiers in the German army, and the number is growing. They make up 12% of the total. Today, one in five volunteers for military service and one in three applications for officer careers are from women.

In Israel, all citizens aged 18-28 undergo compulsory military service. Women serve two years and men three years. Women can be exempted from conscription for religious reasons if they are married, pregnant, or have children. They serve in all branches of the army, and many hold responsible positions. 35% of the 160,000 Israeli soldiers in Israel are women.

The first mixed infantry unit was established here in 2004. Since then, the percentage of open military positions for women has steadily increased. According to statistics, from 2013 to 2017, the number of female soldiers in the infantry increased by 350%.

The number of Israeli women soldiers in the ground forces

In the United States, women have been allowed to serve in all positions since 2014. They make up an average of 16-17% of the staff, employing more than 224,000 women, but only 6% reach command positions.

It is worth noting that as far back as 1975, women could not even enter West Point, the country’s most prestigious military academy. They started holding administrative positions in the army during the Second World War.

Only men over 18 are subject to compulsory conscription in Russia. Women can be drafted on a contractual basis when there are vacancies that “can be filled by female servicemen.” According to official data, in 2021 more than 300,000 women, 270,000 civilians, and 40,000 military personnel served in the RF Armed Forces.

Sweden is the second European country after Norway, where compulsory military conscription is defined, regardless of gender. This decision was made by the government after the restoration of the conscription system, which was canceled in 2010 and returned 7 years later, this time in a gender-neutral version.

Both in Norway and in Sweden, there is a serious procedure for selecting potential conscripts, and their service life is determined individually and varies from 7 to 15 months. According to 2019 data, women in Sweden made up about 17% of the military.