“Rapid reforms are failed reforms”: On June 20, 2019, Prime Minister Nikol Pashinyan responded to the accusations of slowing down judicial reform. A month before that, on May 20, he had announced that constitutional changes should be made if they were necessary for having a truly independent judiciary. And back in July 2019, the Prime Minister said that he did not consider frequent amendments to the Constitution to be right, and the initiation of constitutional amendments by the National Assembly could give rise to wrong commentaries.

The program at the beginning

After the 2018 revolution, Nikol Pashinyan spoke about reforming the judicial system in August of that year, at a rally in honor of his 100 days in office. However, the process intensified on May 20, 2019, two days after the release of Robert Kocharyan from custody, when the Prime Minister called on citizens to block the court buildings and prevent the judges from entering the court. Then he convened a meeting and spoke for the first time about the vetting of the judiciary. Vetting, however, as explained by the Ministry of Justice, could not be carried out because the Constitution did not allow it.

In October, Pashinyan said at a government session, “since the word ‘vetting’ was causing an allergic reaction, we decided to change the title.” Thus, the reforms did not take place. At least in the form in which they were announced.

The events regarding changes in the judicial system have become an occasion for manipulation by different political forces in the past few years.

Vahe Grigoryan: a judge of the Constitutional Court

In June 2019, Vahe Grigoryan was elected a judge of the Constitutional Court after his fifth attempt.

This was a strictly technical interpretation of the law, which had no legal application. The press, referring to that statement, wrote that Vahe Grigoryan is assuming the powers of the chairman of the Constitutional Court. 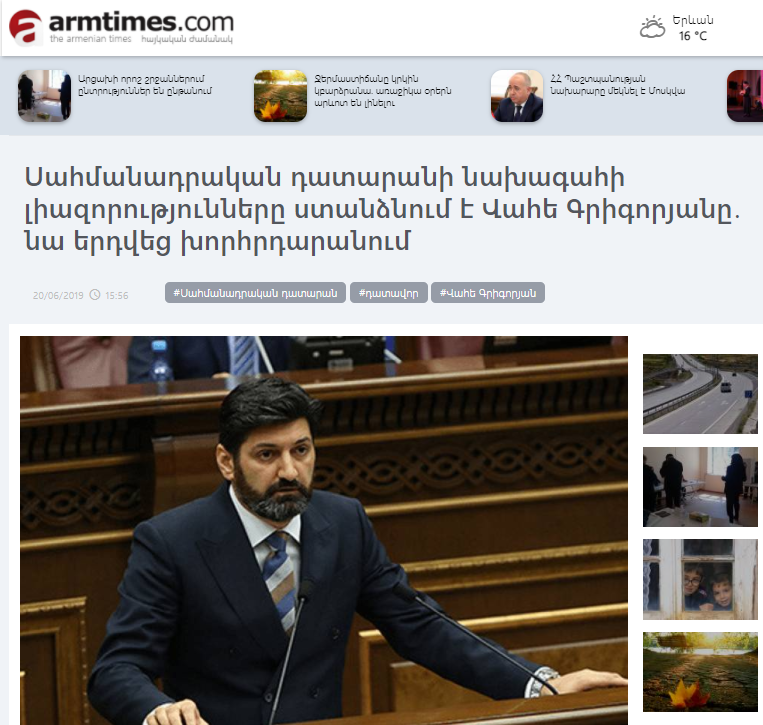 After his election, the accusations against Vahe Grigoryan gained new momentum, although Grigoryan himself often spread false information.

❌ Former NA Vice Speaker Arpine Hovhannisyan, for example, stated on September 23, 2019, that the election of Constitutional Court Judge Vahe Grigoryan was a violation of the law. Taron Simonyan, a member of the “Bright Armenia” faction, considered his nomination illegal as well, as the president had nominated the same person for the second time.

❌ There were rumors being spread in the press that Grigoryan did not take part in any of the sessions, but made use of an official car, gasoline, bonuses and salaries. In a Facebook post, Vahe Grigoryan informed that he does not use any privilege other than the judge’s salary and office. The RA government also denied the news.

However, the Constitutional Court, in response to FIP.am’s inquiry, noted that in the period from July to November, Grigoryan was awarded 5 times, amounting to a total of 1,190,500 AMD. Grigoryan was also provided with an official car, but due to a malfunction it was under repair, then it was given to him again.

❌ Following the announcement of the blockade of the courts, the critical tweet of Freedom House Special Investigations Director Nate Schenkkan to Pashinyan was spread in the Armenian press.

Many media outlets presented this post as an official statement of Freedom House, although the structure had not yet expressed a position on that issue.

In another case, the co-rapporteurs of the Parliamentary Assembly of the Council of Europe (PACE) on Armenia made a statement on January 31, 2020, on the elevated tension between the institutions in Armenia. According to political preferences, that statement was interpreted differently.

❌ For example, former Minister of Justice Rustam Badasyan welcomed the response of the PACE co-rapporteurs in a post, quoting a small part of the text where the co-rapporteurs noted that the government and parliament had been following the legal process so far.

❌ Tert.am almost completely translated the text, leaving out the idea that until then the trust in the judicial system was low. The article also quoted the part quoted by Badasyan that the government and the National Assembly had followed the legal procedures until that moment.

What is the situation now?

After the constitutional amendments of 2005, three strategies of judicial and legal reforms were adopted in Armenia. The first covered the years 2009-2011, the second – 2012-2017.

In 2019, a new strategy covering 2019-2023 was adopted, in which the government attached special importance to the issue of high remuneration and an increase in the number of judiciaries as a guarantee of the independence of the judiciary.

It is important to note that this refers to all judges, without exception. Legislative changes so far have increased the salaries of individual judges of the Anti-Corruption Court and the Criminal and Civil Courts of Appeal by 70 and 60 percent of the original rate, respectively. Although this measure within the strategy has been partially implemented, the Ministry of Justice in its 2020 semi-annual report stated that it has been fully implemented. 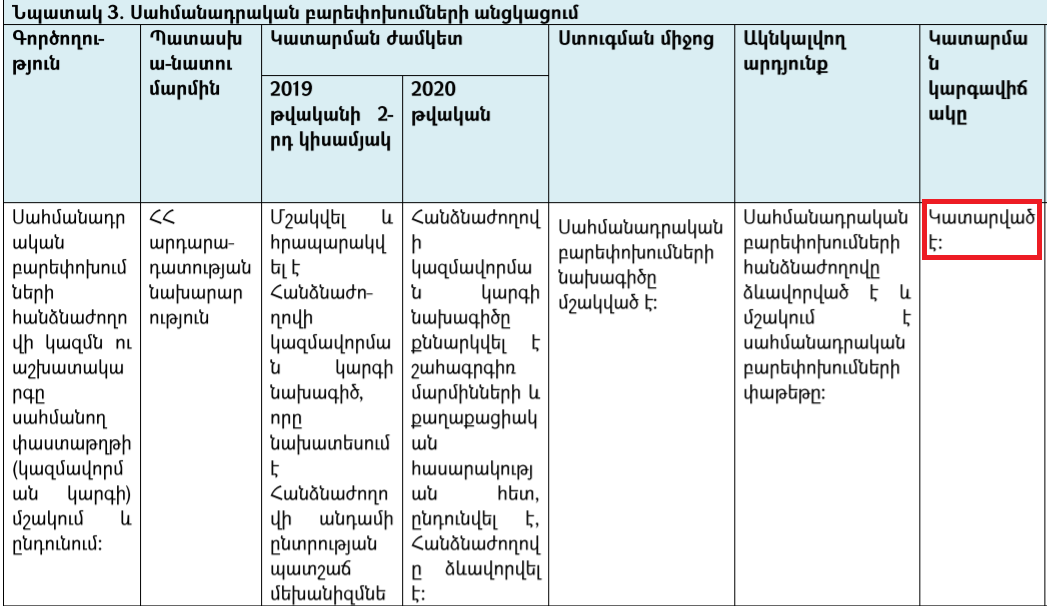 As for the number of judges, on July 8, 2021, the government decided to increase their number by 20: 8 judges in the Court of First Instance of Yerevan, one judge in each region, 3 judges in the Criminal Court of Appeal. Despite these changes, Armenia remains to be one of the countries, from the members of the Council of Europe, with the fewest judges. Only 236 current judges and 33 vacant positions.

The list of candidates for judges has not been completed for about 4 years. Prime Minister Pashinyan had explained this “shortage” with low salaries. As of 2019, the number of judges for every 100,000 inhabitants of Armenia was about 8. For comparison, in Latvia, for example, the number of judges per capita was 24, in Lithuania – 26, in Macedonia – 30.

The strategy also highlighted the importance of increasing public confidence in the judiciary. Summing up the results, the Prime Minister’s Office noted that the public’s trust in the judiciary has increased, and the Ministry of Justice, in its turn, in the semi-annual report considered this requirement fully fulfilled, but it is not clear what measures were taken and how the increase was measured.

Judicial reforms, which have become the cause of political struggles, are now being carried out but not in the form promised by the government. The workload remains one of the main problems of the Armenian judicial system, as a result of which the right to a fair trial is often violated. At the same time, the salaries of not all judges have increased, although the Ministry of Justice considers that promise to be fully fulfilled.

Sources and methods used to create the article