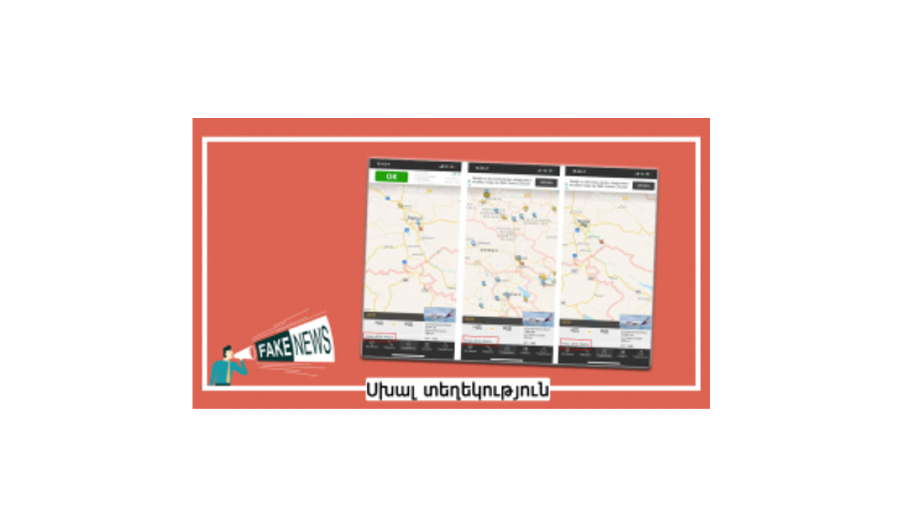 On June 20, the day of the snap elections in the Republic of Armenia (RA), Facebook user Ruben Galustayn wrote that Armenian government aircraft entered the Azerbaijani territory. The post got 231 shares at the time this article was published, news outlets and clickbait websites spread the claim.

The information was false. The screenshots presented by the user did not depict Armenian government’s plane. Moreover, the Head of the Civil Aviation Committee of Armenia confirmed the plane was in Yerevan on the evening of June 20. Ruben Galustyan later edited his post, removing the word “government” and claiming an Armenian aircraft entered Azerbaijan. He added another screenshot to the post, but neither the new screenshot was showing Armenian plane entering Azerbaijan.

Ruben Galustyan published the post at 5:48 pm. About three hours later, at 9:00 pm, Media.am and Factcheck.ge spoke to the head of the Civil Aviation Committee of Armenia Tatevik Revazyan, who denied the government plane flight to Azerbaijan. Revazyan also sent us photos of RA Government aircraft standing at that time in Yerevan’s Zvartnots Airport.

Therefore, Galustyan’s claim that the RA Government aircraft had entered the Azerbaijani territory is false.

We recorded the flight over Armenian, Georgian and Azerbaijani territory on June 20, 12:00-22:00 as shown on FlightRadar24 website. No Yerevan-Tbilisi-Baku flight can be spotted.

The Aircraft Number Did Not Correspond

Ruben Galustyan later edited his post, removing the part where it said that a government aircraft entered Azerbaijan, writing instead that it was an “Armenian aircraft”. 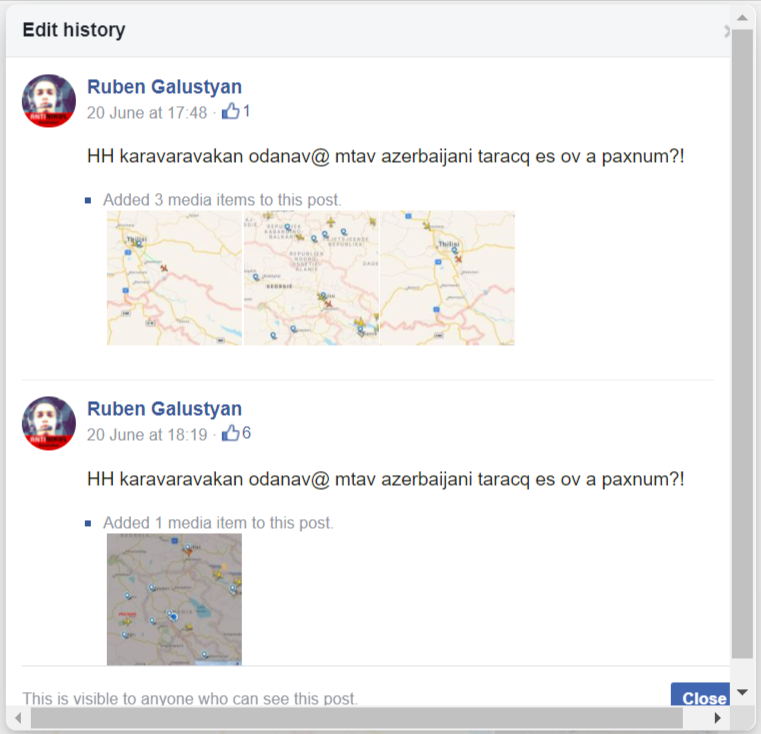 He posted a new screenshot on which the unique flight number, the callsign – RM727, and the airline company – Aircompany Armenia were visible as well. 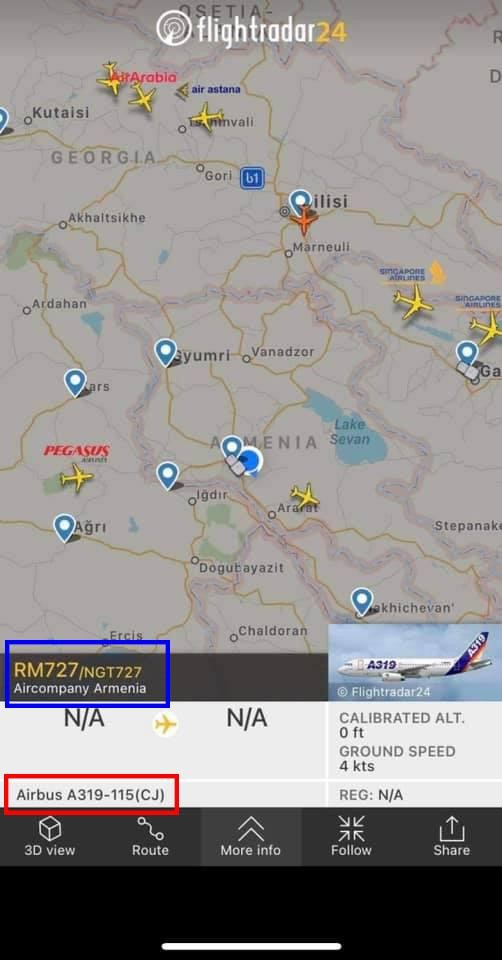 In this screenshot, however, one could not see where the airplane was headed. All that was shown was its icon on Tbilisi city. Moreover, RM727 callsign is the unique number of the given flight, which cannot be used for any other flight. When searching this number in FlightRadar24, one can see that this flight was from Yerevan to Tehran and was conducted by Aircompany Armenia’s Boeing 737-505 (and not Airbus A319-115(CJ) as seen on the screenshot).

The abbreviation “ATD 5:18” in the picture below means “Actual Time of Departure 5:18,” meaning the vehicle took off from the airport Zvartnosts to Tehran at 17:18.

It is important to note that FlightRadar24 is not an official source. Most of the website’s data does not come from airlines of government officials. For this reason we contacted the head of the Civil Aviation Committee of Armenia Tatevik Revazyan who also confirmed that the information on the screenshot is wrong.

Therefore, the claim of the social media user Ruben Galustyan is also wrong in regard that an Armenian aircraft has entered the territory of Azerbaijan. The screenshot of the plane A319-115(CJ) over Tbilisi does not correspond to the assertion made in the caption, as according to the FlightRadar24 data, the Armenian aircraft was headed from Yerevan to Iran, not to Azerbaijan.

Because the information seen on the screenshot does not correspond to the data about the flight RM727 found on the same FlightRadar24 website, the screenshot might be fabricated.