On June 9, 2021, several Facebook pages shared the news published by clickbait sites that a massive explosion has hit the city of Mingachevir due to which Baku, Sumgait, Ganja, and various other areas in Azerbaijan are in panic and have been buried in darkness. This information is old, the explosion and the following power outage happened in 2018, when a fire broke out in the Mingachevir Thermal Power Plant, followed by the consequent electricity outage.

The photos attached to the old information were not recent either. One of the photos in the post was captured during the explosion of an armory in the village Giləzi of Khizi District in 2017 and had nothing to do with the Mingachevir incident. The other one was simply an image of the power plant in Mingachevir, downloaded from Google.

When and How Did the News Spread

The clickbait sites have written about the same Mingachevir incident in November of 2020 too.

The information started circulating again on June 9, 2021. After Info24.today publishing an article about it, several Facebook pages began spreading the disinformation as well as similar earlier reports from November 2020. The sources provided two combined photographs as evidence for the alleged new explosion. 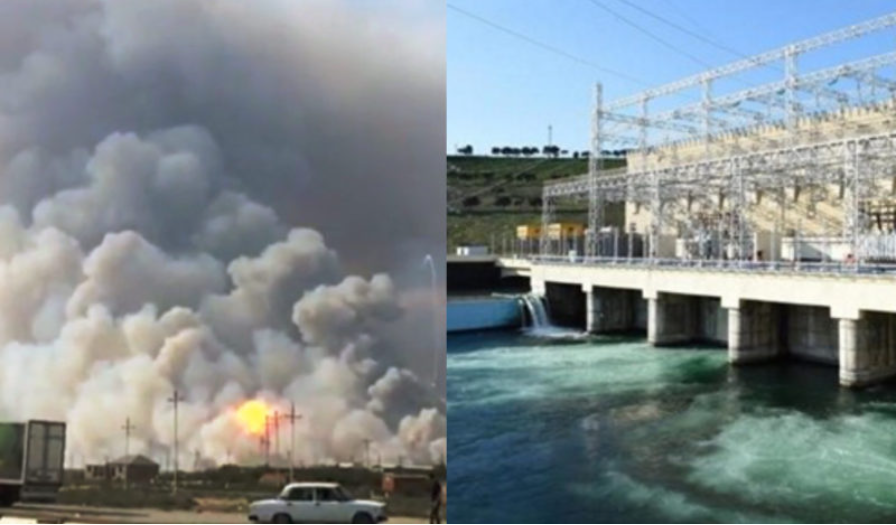 By using Crowdtangle, we have found that the content published by the clickbait site info24.today was most often shared by three Facebook pages: ‘Kargin ej’, ‘Khosum e Hayastany’ and Hay Em Es Hay Es Du. These pages were probably created specifically for the purpose of sharing the content of the website Info24.today. 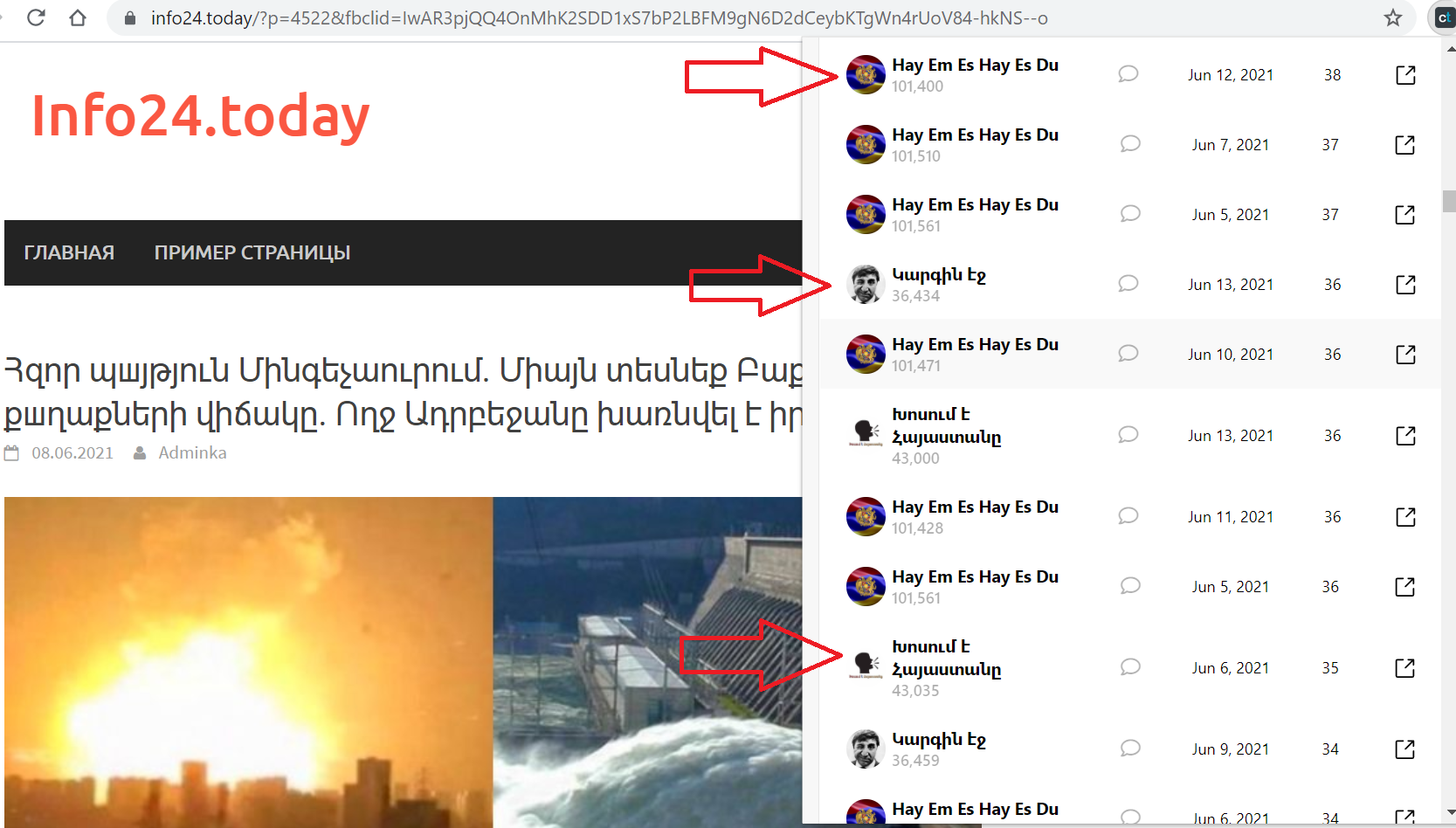 The Picture was Fake, the News Old

Mingachevir is the fourth largest city of Azerbaijan – the center of energy and industrial development. It is from here that the Mingachevir Dam and the largest reservoir of the region operate. As stated by Interfax-Azerbaijan, the thermal power plant in the city produces around 45% of all of the electric energy in Azerbaijan.

Info24.today cited Interfax-Azerbaijan as their primary source, which, however, did not publish this information. The incident that the clickbait site was reporting took place in 2018 – on July 3, when a massive fire broke out in one of the greatest Azerbaijani thermal power plants located in Mingachevir city. 39 Azerbaijani towns and regions, including some of the largest cities like Baku and Ganja, experienced a power outage; the streets were full of traffic jams, people were stuck in subway cars and elevators, the water supply was cut off, and the oil extraction works were disrupted.

On July 4, Ilham Aliyev assembled a meeting, requesting the director of the governmental organization Azerenerji (the director also owns the aforementioned power plant), Etibar Pirverdiyev, to explain this large-scale power outage. Pirverdiyev declared that the outage was caused by the hot weather which generated an unexpected need for supply of electrical energy. In September, Pirvardiyev was relieved of his position. From this incident on, there have been no massive accidents at the Mingachevir Thermal Power Plant.

One of the photos presented as evidence in the spreading articles does, in fact, show the Mingachevir Thermal Power Plant. But we don’t see an explosion in this photograph. It is just a picture downloaded from the Google search engine. 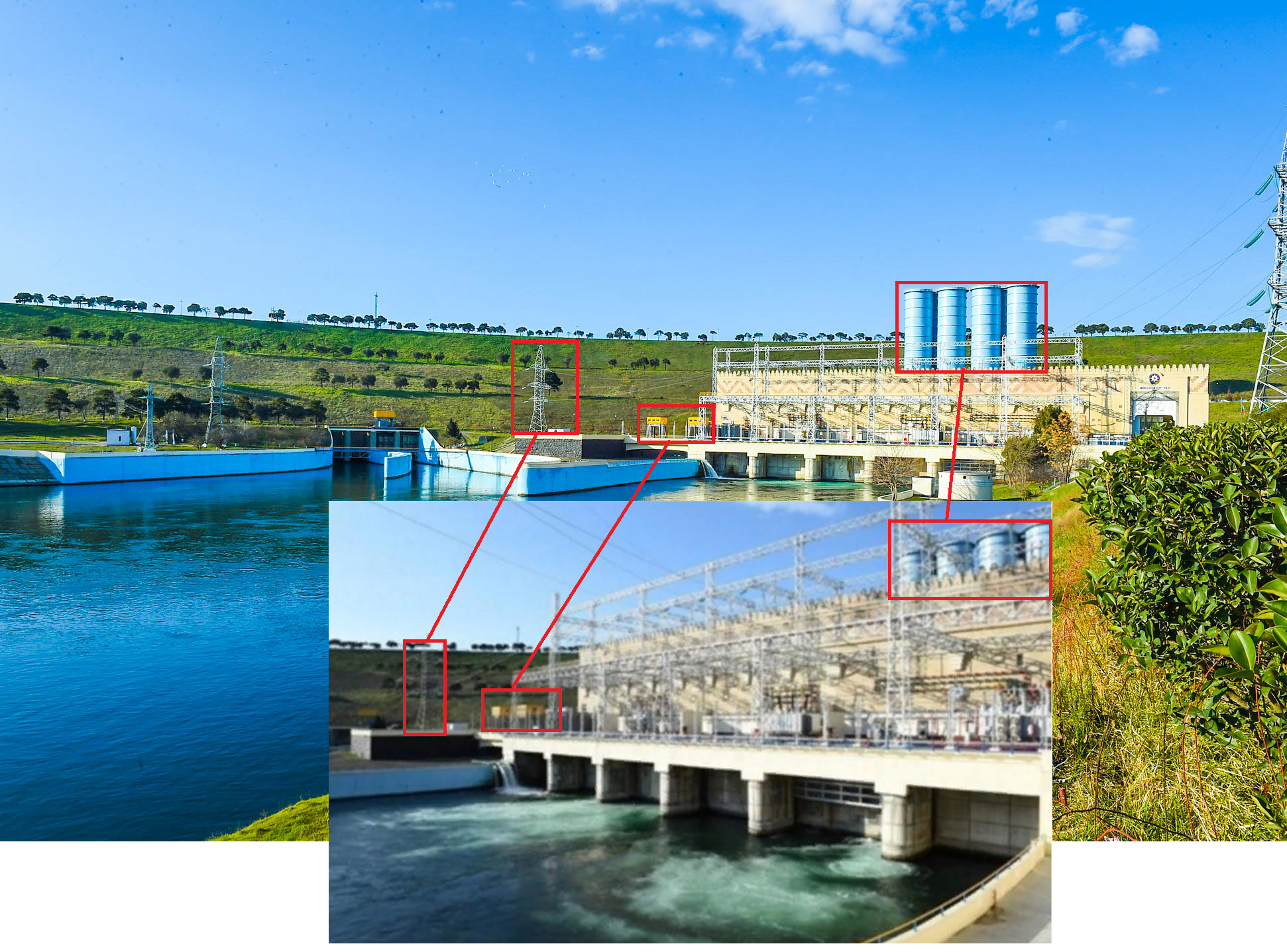 The other photo, which does show an explosion, was captured in 2017, in village Giləzi of Khizi District, in the armory of the “N” Military Unit. Videos have been published from that area too; by comparing the dates of the publications it becomes clear that the shared materials are old. 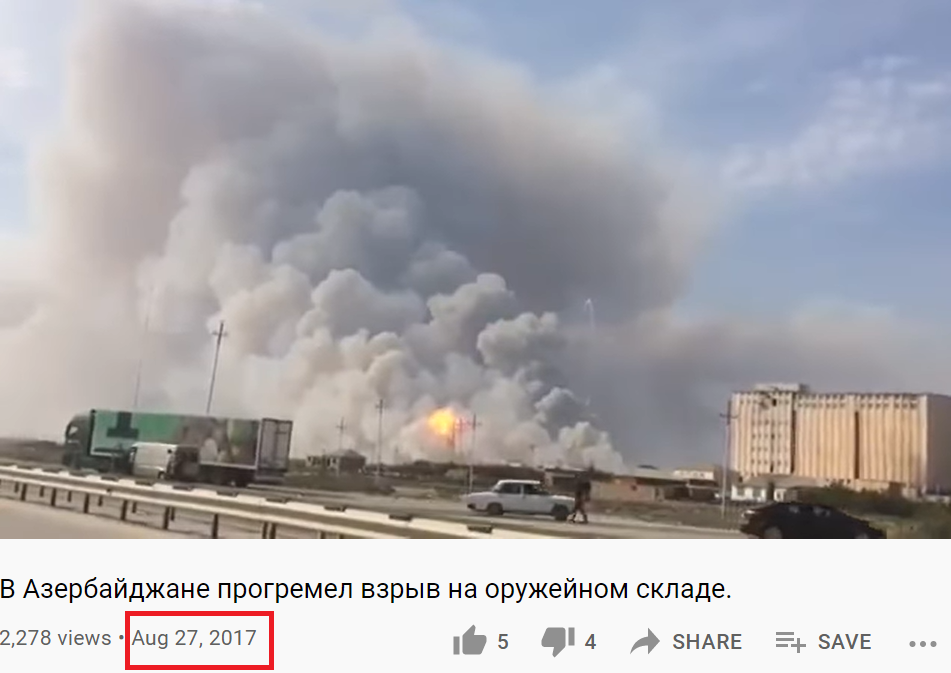 Hence, the clickbait sites and the Facebook pages associated with them were spreading information from 4-5 years ago, while presenting the explosion as a recent incident through using fake photographs.