The photo in which Ilham Aliyev is wearing a t-shirt that supposedly has Nikol Pashinyan’s image printed on it is currently circulating online. This photograph is fake. In the actual picture, captured on June 14, 2021, Aliyev’s t-shirt is plain white and does not include any logos or symbols, not to mention the picture of Nikol Pashinyan. 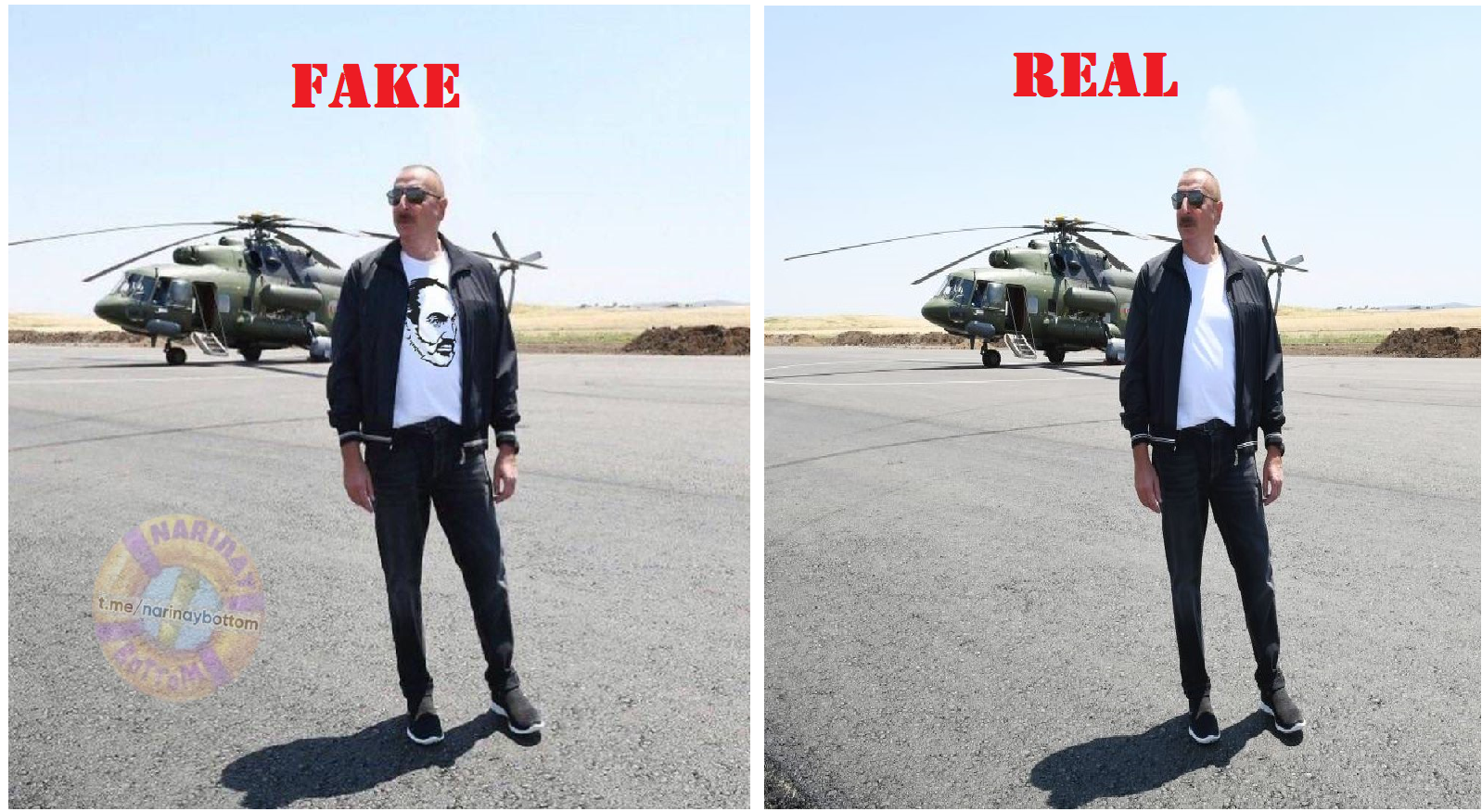 The fake photograph was shared on June 16 by the Facebook user “Марина Шекян-Измаилян.” She also wrote that Aliyev loves the Armenian prime minister so much that he even wears a t-shirt with Pashinyan’s face printed on it. The post was shared 518 times.

The original photo is only several days old, as it was taken on June 14, during Ilham Aliyev’s visit to Fuzuli (Varanda), where he travelled with his wife, Mehriban Aliyeva. In the original pictures from their visit, we see no illustrations on Aliyev’s t-shirt; the photo showing Pashinyan’s face on top of Aliyev’s t-shirt is digitally modified.