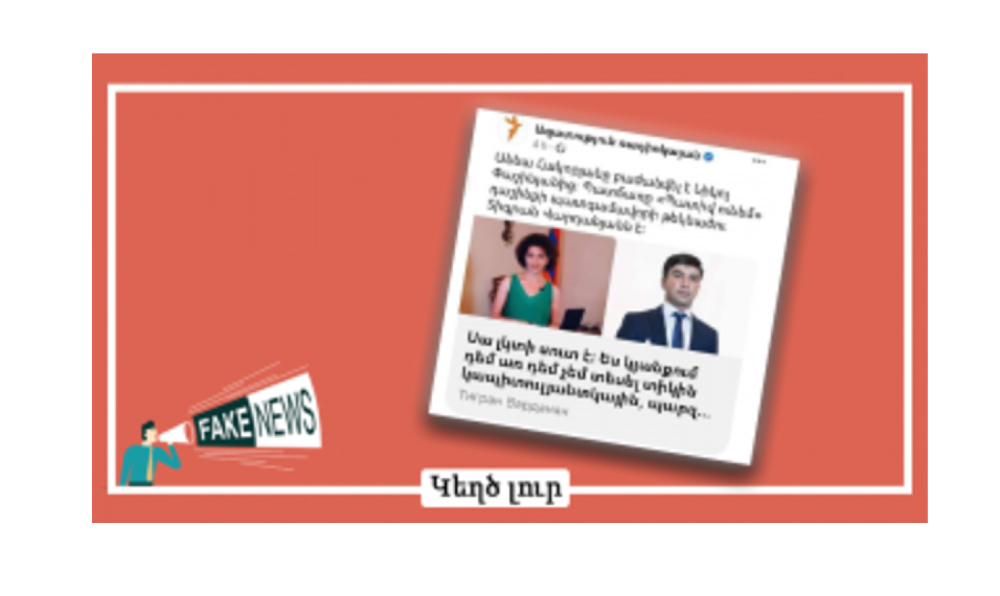 The Information did Not Have a Source: the Screenshot which was Spreading is Fake

A piece of news was published in Radio Liberty’s (RFE / RL’s) name, about the incumbent Prime Minister of the Republic of Armenia (RA) Nikol Pashinyan getting a divorce with his wife. The reason apparently was a deputy candidate from the I Have Honor Alliance. This news does not match reality. The Radio did not publish this information, and the screenshot that the sources used is fake.

The news started circulating on the 11th of June, on the Messenger app. It stated that the incumbent Prime Minister of the RA Nikol Pashinyan and his wife Anna Hakobyan had gotten divorced. The cause was allegedly Tigran Vardanyan: a candidate for a deputy position in the I Have Honor Alliance. The information was spread in a screenshot. From the very beginning, it never cited a valid source.

The screenshot became popular on social media when it was used to refute the statement. Tigran Vardanyan published it on his Facebook page and wrote that it is a “filthy lie”, and that he had never even met Anna Hakobyan face to face. Vardanyan said in a conversation with us that he too had seen no other evidence besides the pictures and had also assumed them to be fake. 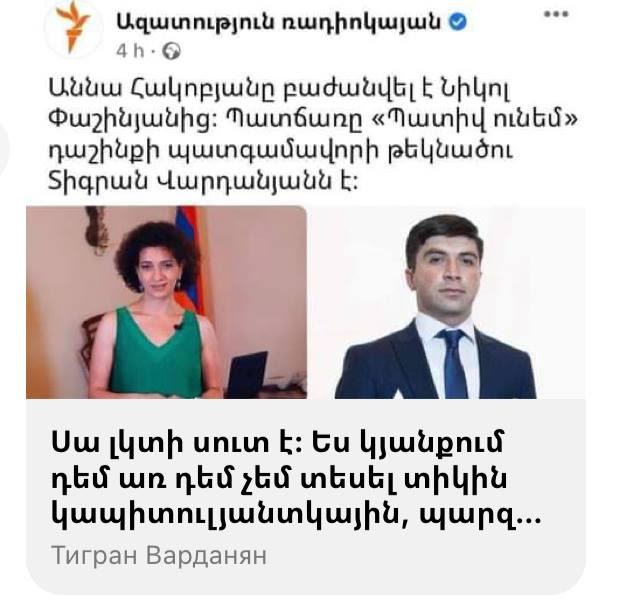 Radio Liberty has not Made Such Announcement

Radio Liberty has not shared this information. The screenshot appeared only on the Messenger app, and was published for negating the information. None of the people who shared the screenshot, including Tigran Vardanyan, were able to direct us to a link or some kind of a source where they found the news.

The Chief Producer of RFE / RL Artak Hambardzumyan also confirmed that Radio Liberty had not shared such information.

This News had Appeared in the Past too

The news about Nikol Pashinyan and Anna Hakobyan getting divorced was published in February of 2021 as well, by “A T A V info” Youtube channel. The clip gathered more than 15 thousand views. We can find a lot of ‘sensational’ and fake content on “A T A V info”’s channel.

A Facebook user named Նոնա Աբրահամյան [Nona Abrahamyan] was sharing the clip. By looking at the Facebook posts of this user we find that they were sharing every single new video released by the channel “A T A V info”. 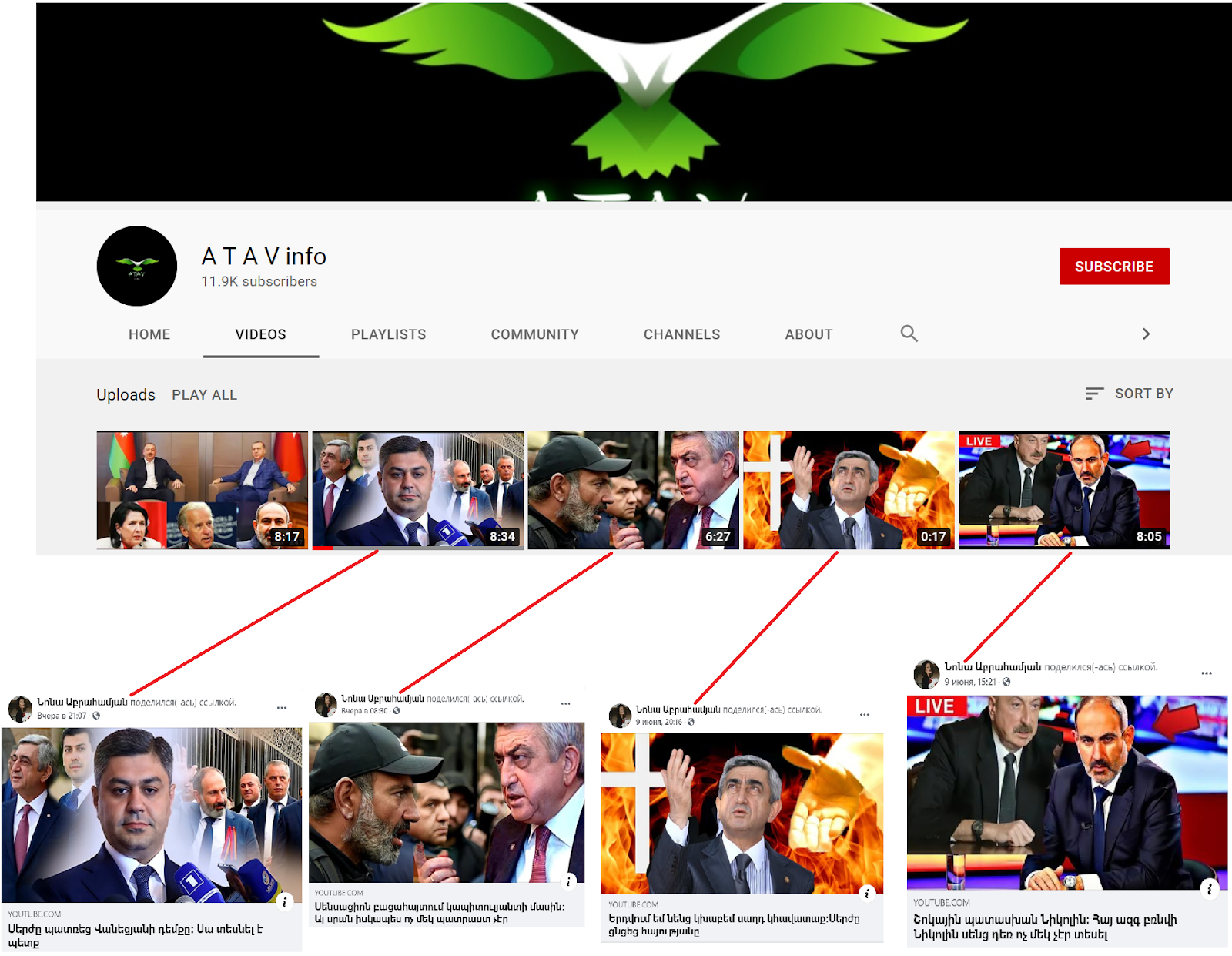 The user shared the video on a Facebook page called “Artsakh news” («Արցախյան լրահոս»; [Arts’akhyan lrahos]). This page has over 37,200 followers and, as a rule, delivers content that discredits the current government. This can be seen by looking at some of the posts that the page has published. They write, for example, that Khachatur Sukiasyan: a deputy candidate from the Civil Contract Party is a member of the Turkish Grey Wolves organization. Another time, a video appears on their feed where people are shouting insults at Nikol Pashinyan, whose supporters have often become the targets of the posts on this page.