How was the vaccine discovered?

A video about the vaccination of Nikol Pashinyan and Anna Hakobyan was published on May 3, but neither the video, nor the reports of the RA Government, nor the Ministry of Health, nor their personal accounts specify which vaccine they received.

Pashinyan did not explain why he did not publish the name of the vaccine, but it is possible to find out from the published video. In one scene, the vaccine vial is close-up: It has a design with blue letters on a white background.

This is the design of the Russian Sputnik V vaccine, which is registered as ‘Gam-KOVID-Vak.’ Of the other two vaccines used in Armenia, the design of the English AstraZeneca is purple-white, and that of the Chinese Sinovac is orange-white. 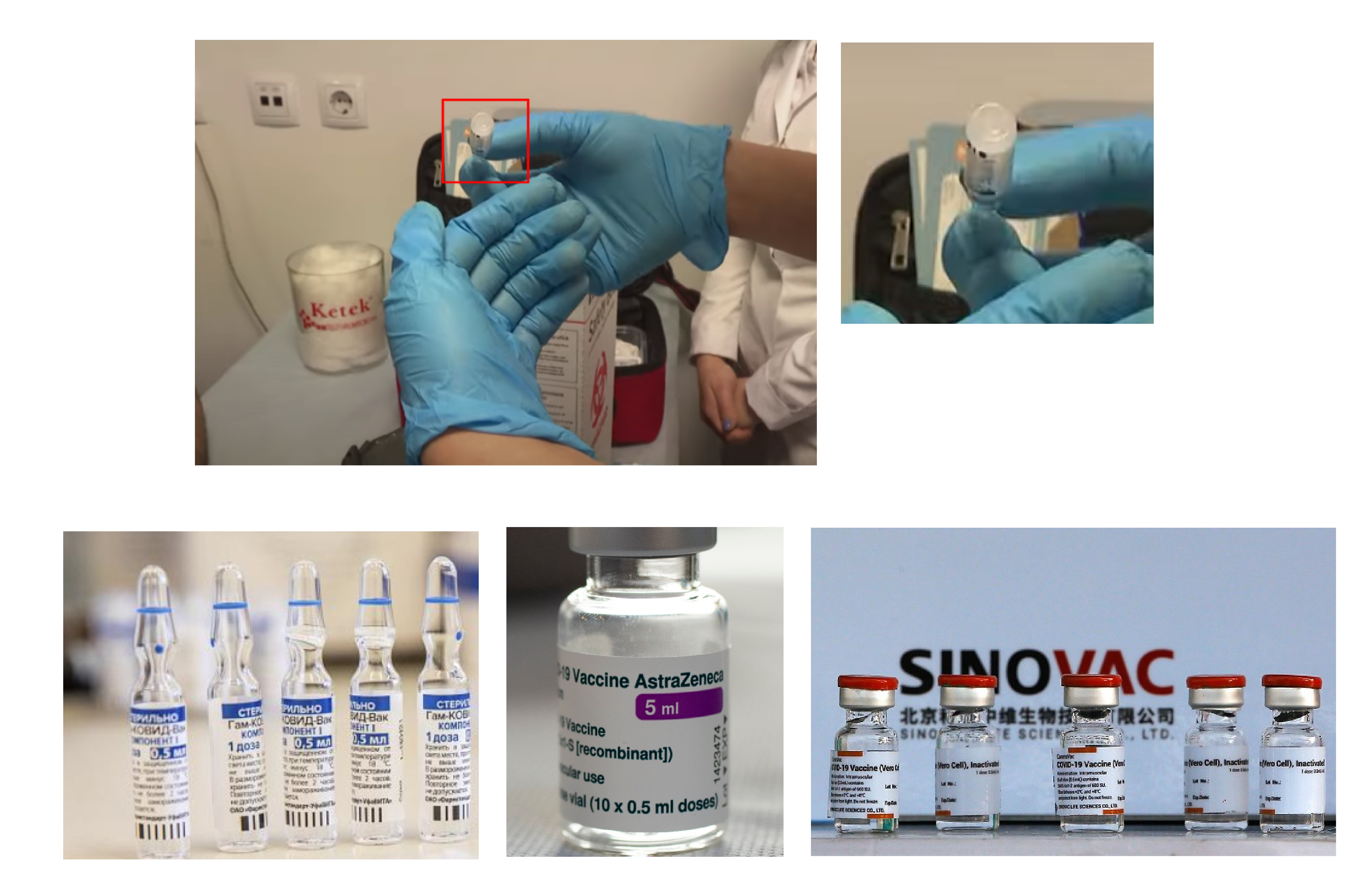 What vaccine did the officials get?

So far, it is clear from the content published by the Ministry of Justice that the following officials have been vaccinated:

It is not clear which vaccine they received.

Some heads of international organizations and diplomats have also been vaccinated in Armenia:

What vaccine have leaders in other countries chosen?

Current and former leaders of different countries participate in information campaigns on the coronavirus vaccine. They are vaccinated in front of the cameras, choosing either the vaccine produced by their own country or the one that arouses the most suspicion among people.

Pashinyan is not the only leader who does not announce the name of the vaccine he received. Russian President Vladimir Putin did the same. The Kremlin said it had been vaccinated with a Russian-made vaccine, but did not specify the vaccine.

Who was vaccinated by the vaccine that was targeted for raising the most concern, AstraZeneca: