Pictures Of Armenian Su-30SM Show Missiles That, According To Pashinyan, Armenia Did Not Manage To Buy 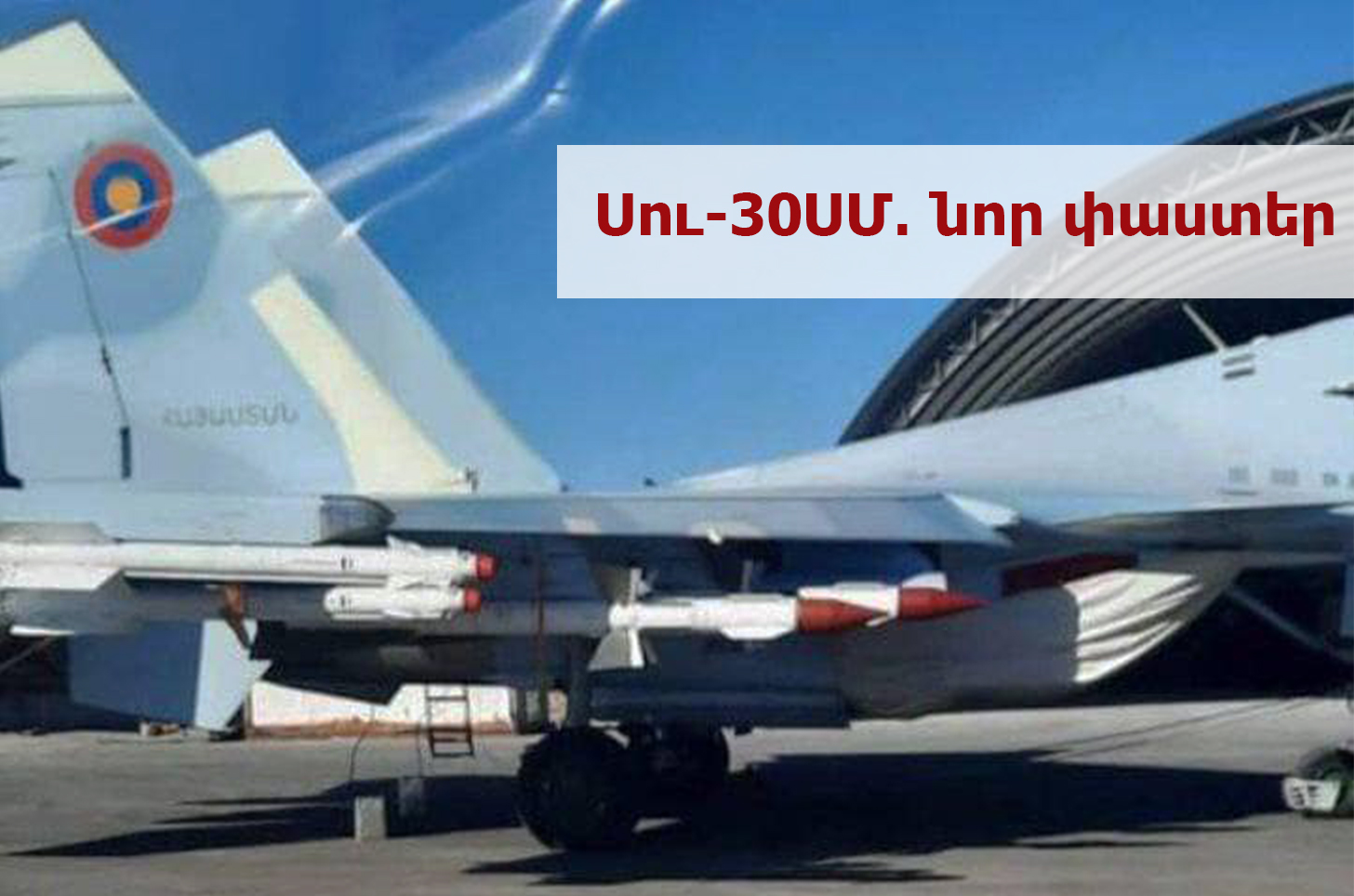 At the end of March, photos of Armenian Su-30SMs with guided air-to-air missiles hovering under the fighter wing appeared on the Internet. Earlier, Prime Minister Pashinyan had said that before the war they had not managed to buy missiles for Su-30SM, that is why the jets did not enter the battle.

The photos were also spread in the press. Media.am studied them to find out where and when they were taken.

The Su-30SM was parked at Shirak Airport 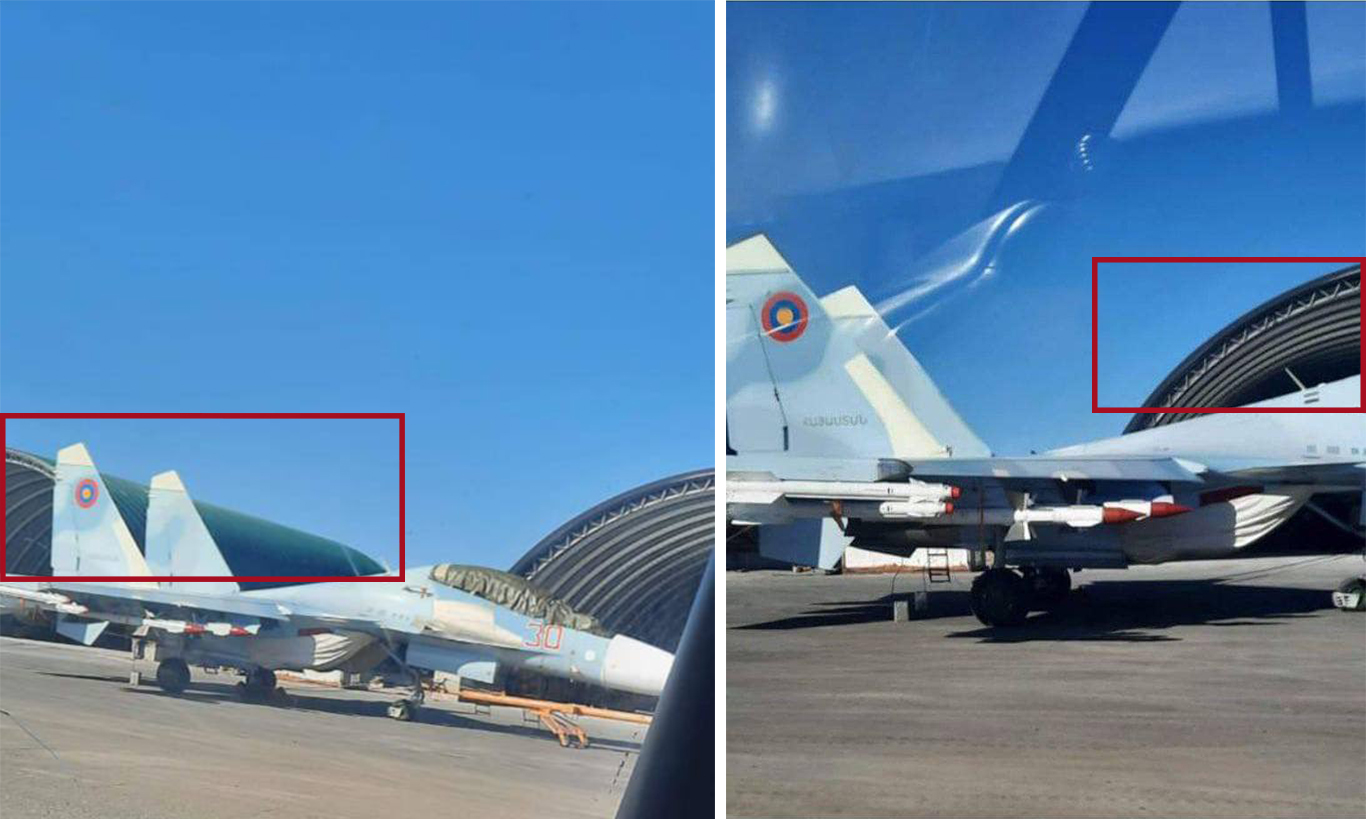 The hangars are green, they have a newly built look. There are similar newly built hangars in “Shirak” airport. Google Earth satellite photos show that the hangars did not exist in June 2020, but were already built in September.

When were the photos taken?

The posts on social media stated that the photos were taken with a rocket between October 4-6, 2020. In other words, it was assumed from the notes that Pashinyan lied about the reasons for not using Su-30SMs on the battlefield.

The posts on social media stated that the photos were taken between October 4-6, 2020. In other words, it was assumed that Pashinyan lied about the reasons for not using Su-30SMs on the battlefield.

Someone just leaked photos of the Armenian Su-30SM armed with R-27 and R-60 air-to-air missiles. The photos are claimed to have been taken between October 4 and 6, 2020. https://t.co/vWrQljAfOT pic.twitter.com/ZbuLY1IXmS

In order to take a photo from this angle, the Su-30SM had to face northeast, as in this picture. 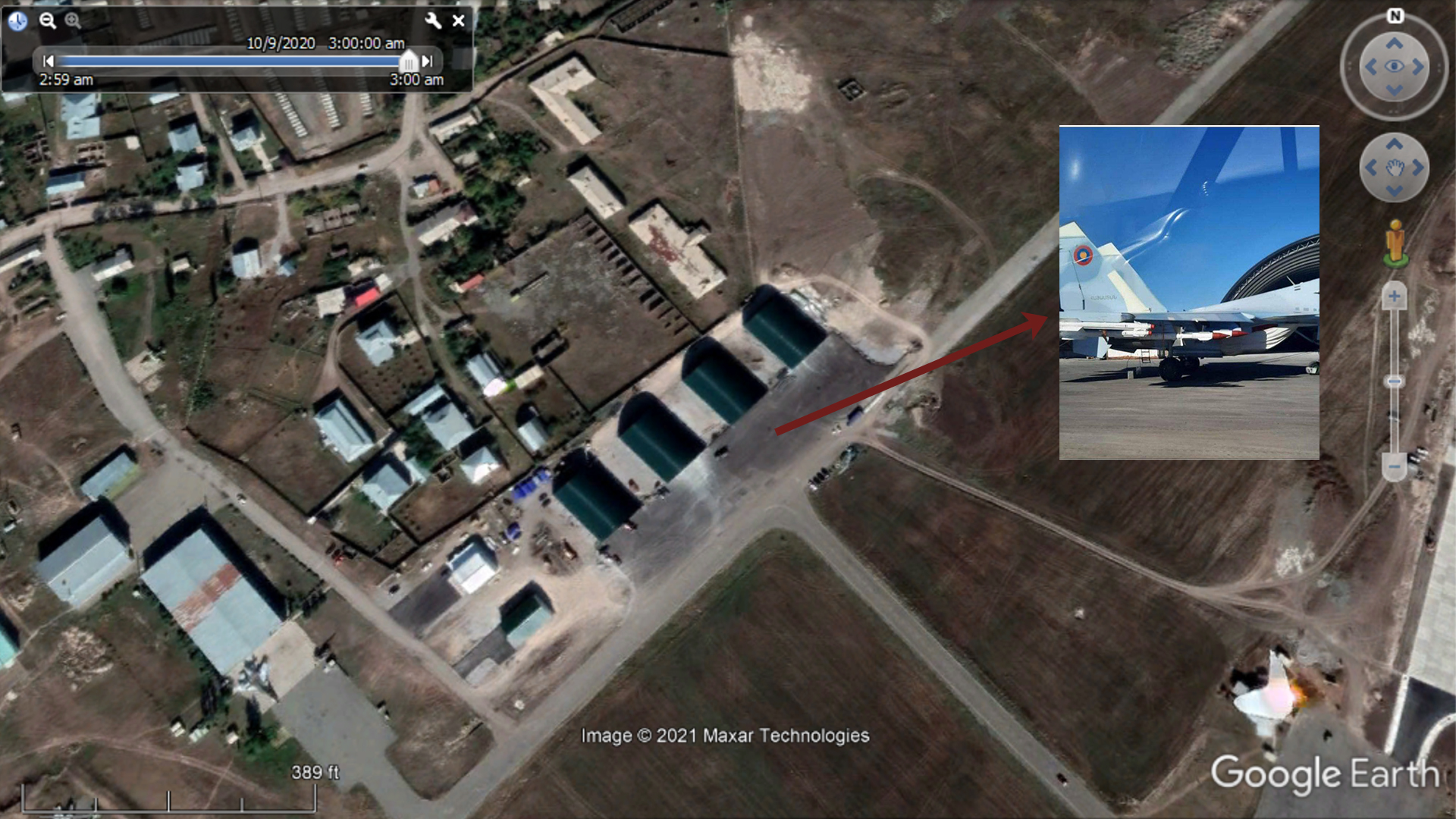 The sun’s rays fall from the tail of the fighter to the nose, i.e. from the south-west. This means that the photo was taken in the afternoon, between 15:00 and 18:00. 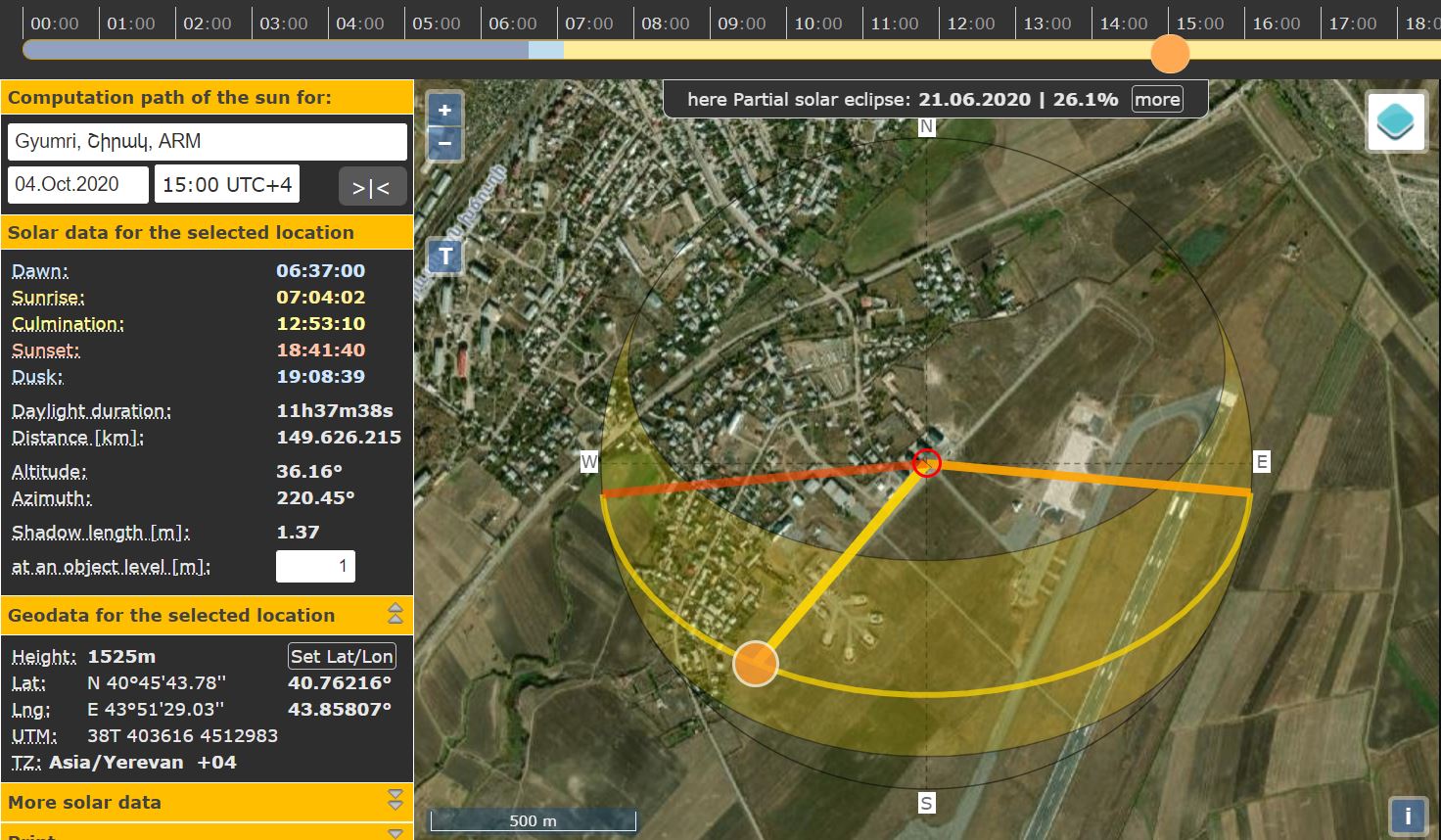 The photos show a clear sky, the weather is sunny. On October 4, 5 and 6, 2020, the weather in Gyumri was not completely clear, there were clouds. However, since the weather was only partly cloudy, it is impossible to rule out some parts of the sky being clear.

It was not possible to find out the exact period with the available data. As the weather in Gyumri was partly cloudy in the first days of October, it is not possible to confirm or deny the claim that the photos were taken between October 4-6.

What missiles were visible on the fighter?

Missiles can be seen under the wing of Su-30SM. They belong to the group of guided air-to-air missiles. The first visible missiles are R-73 class, then R-27 class.

Both missiles have export options (1, 2). They could not have been used on Su-25 bombers of the RA Air Force without the use of additional equipment or modernization of aircraft. * Therefore, it is unlikely that Armenia had these missiles before the acquisition of the new generation Su-30SM fighters.

Prime Minister Pashinyan was talking about these missiles, noting that Armenia had not managed to buy them during the war. It is interesting that Pashinyan made this statement on March 20. A satellite photo of the Armenian Su-30SM armed with missiles was taken before that, on February 27 (see below).

Former Chief of General Staff Movses Hakobyan also spoke about such missiles, claiming that Russia had decided to ban the sale of long-range air-to-air missiles to a second country and that Armenia had bought the fighters “without reading the Russian government’s decision.” In another article, Media.am checked these allegations.

While the above-mentioned two photos show the Su-30SM at “Shirak” airport, the fresh satellite photos show the fighters parked at “Erebuni” airport near Yerevan. Thus, in this picture of “Erebuni” taken on February 27, you can see Su-30SM fighters armed with missiles.

The fighter missiles are highlighted in blue. Missiles can be seen on the 1st, 3rd and 4th planes.

Summing up, we must say that the photos that appeared on the Internet show an Armenian Su-30SM fighter with guided air-to-air missiles. The photos were taken at Gyumri “Shirak” airport, at least after June 2020 (as the green hangars in the June satellite photos had not been built yet). The claim that the photos were taken between October 4-6 could not be confirmed by the available data. It is not ruled out that they may have been taken at another time.

* The article was amended on March 30, 2021. The initial version did not state that the P-73 and P-27 class missiles could be used for Su-25 aircraft if upgraded.