How Do The Facts About Vaccines Against Covid-19 Change

Mass vaccinations against COVID-19 continue in the world. Specialists tested 68 vaccines, 20 of which reached the final stage of testing.

There are three leaders:

Recently, the issue of the effectiveness of the American Pfizer has been actively discussed. The fact is that many incidents of vaccine side effects have been reported. In particular, on January 14, the Norwegian Medicines Agency alerted: There have been 23 deaths after being vaccinated with Pfizer.

This fact justifiably caused concern. Taking the opportunity, the media in the rival countries began to make predictions, that the deaths were a result of Pfizer. Russian media quoted Chinese experts as calling for an end to the use of Pfizer.

The information in the Armenian media was also presented in a different way.

During the news broadcast on Channel 5 on January 15, Pfizer was described as a new plague and a deadly vaccine for humanity. 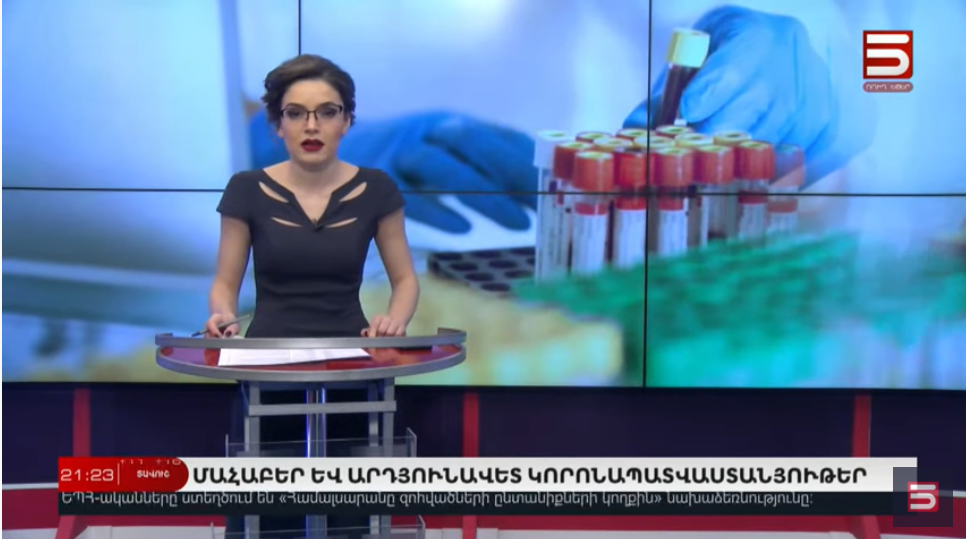 Vaccination with Pfizer started in Norway on December 27. As of January 14, 25,000 people have been vaccinated in Norway. According to the Norwegian Drug Agency, all cases of death have been registered in citizens over 80 with weakened immunity.

On January 18, the Norwegian Ministry of Health announced that it had not registered any connection between Pfizer-BioNTech and post-vaccination deaths. The ministry called on doctors to consider the status of people in poor health before injecting. The reason is that nausea and fever often occur after vaccination, which can contribute to the worsening of the condition of ill people.

The director of the Norwegian Institute of Public Health, Camilla Stoltenberg, says that according to the results of the study, 13 of the dead had weak immunity and serious health problems. According to her, it is important to remember that an average of 45 people die every day in nursing homes in Norway. She did not rule out that some of the vaccinated were so weak that they could not withstand the usual side effects of the vaccine.

After receiving the vaccine, there were death alerts from other countries, such as Germany, Iceland, and Portugal, but no causal link between the vaccine and death had been reported.

Millions of doses of Pfizer-BioNTech have been used in the United States, the United Kingdom, and other countries without fatalities. The side effects, however, were not few.

According to a report by the US Centers for Disease Control and Prevention (CDC), as of December 23, 2020, there have been 21 cases of anaphylaxis (severe allergic reaction) among people vaccinated with Pfizer-BioNTech. According to the CDC, as of December 19, two cases of similar side effects were registered in Great Britain. According to The Jerusalem Post, a similar case was registered in Israel. An hour after the vaccination, the man had an anaphylactic shock.

Is anaphylaxis related to the vaccination?

Yes. Such effects occur in 1.3 out of one million cases of influenza vaccination. According to US official data, 11.1 out of 1 million people vaccinated with Pfizer-BioNTech have an anaphylactic shock. University of Washington expert Michael Kinch notes that the anaphylactic reaction occurs minutes or hours after vaccination. The average duration is 15 minutes.

Side effects have also been reported with other vaccines, but the US-German vaccine has become quite common. It is used in the USA, Great Britain, Canada, Argentina, Chile, Mexico, the EU and elsewhere. This is one of the reasons for the abundance of side effects: If there are unavoidable side effects, they will be more visible with the most commonly used vaccine.

Side effects of Moderna and Sputnik V

Moderna was the second company to get the vaccine approved by the US Food and Drug Administration (FDA). It is very similar in composition to BioNTech and Pfizer. In clinical trials, 9.7% of those who received the vaccine developed fatigue, a small group had allergic reactions, and in some cases, Bell’s palsy (inability to regulate the frontal muscles). There have also been cases of nerve palsy in the post-clinical stage.

13 people in Israel showed signs of paralysis after being vaccinated. The number of those vaccinated with Moderna and those with Pfizer-BioNTech has not yet been announced. Experts do not have clear information on the indirect link between Bell’s palsy and the vaccine at this time, but the Israeli Ministry of Health has stated that the incidents have been brief and there is no need to miss the second round of vaccinations.

Russian Sputnik V has received approval for use in Belarus, UAE, Brazil, Argentina, India. On August 11, 2020, Russia announced the registration of the vaccine without passing the third stage, which was criticized by a number of experts. On September 4, however, the third phase of testing started as well. The Russian Ministry of Health has singled out several post-vaccination side effects: fever, headache, fatigue, which had passed within a few days. According to the ministry, about 85% of the vaccinated had no side effects at all.

Despite the lack of serious alarms, Sputnik V still seems suspicious to many. According to a Reuters poll of 3,040 healthcare professionals, 52% of respondents would not want to be vaccinated with the Russian vaccine. The reason is the lack of information about the tests.