For the first time after the 44-day war, a trilateral meeting took place in Moscow between Nikol Pashinyan, Vladimir Putin and Ilham Aliyev. The meeting lasted 4 hours, after which the Russian President announced the signing of a joint statement.

At the briefing after the talks, first Vladimir Putin and then Ilham Aliyev mentioned that the norms of the trilateral statement signed on November 10, 2020 are being observed or mostly observed. In particular, according to the Russian President, the agreements on Nagorno Karabakh are being observed, there have been no serious incidents.

We tried to understand what incidents followed the November 10 joint statement and whether the norms have been observed or mostly observed.

The parties must stop in their occupied positions: point 1

According to the first point of the statement, a full ceasefire had been declared in the Nagorno Karabakh conflict zone on November 10, and the parties stopped in their positions.

The first point of the agreement was violated a month later in the Khtsaberd and Hin Tagher communities of the Hadrut region. During the 44-day war, Armenian forces had managed to protect two villages in Hadrut. After the ceasefire, these communities continued to remain under Armenian control, as the parties had to remain in their positions.

On December 12, an armed clash took place between Armenian and Azerbaijani forces in these communities. According to a message from the RA Ministry of Defense, the Azerbaijani side had resumed offensive operations in the direction of those settlements. As a result, the Armenian and Azerbaijani armed forces suffered casualties, received injuries, and a number of Armenian servicemen had been taken as prisoners.

According to point 3 of the agreement, a peacekeeping force of the Russian Federation was to be stationed along the line of contact in Nagorno Karabakh and along the Lachin corridor, but on December 12, when the clash took place in the communities of the Hadrut region, there were no Russian peacekeepers.

At the Security Council meeting, Prime Minister Pashinyan stated that on December 12, a small unit of Russian peacekeepers had approached the combat zone, and on December 13, larger units of peacekeepers had entered the area. Hours after the announcement, Russian forces withdrew from the area. The reason has not been clarified yet.

Point 6 of the statement stated that Azerbaijan guarantees the safety of transportation of citizens, vehicles and trucks through the Lachin corridor in both directions. Point 7 provided for the return of displaced persons and refugees to Nagorno-Karabakh or adjacent areas under the supervision of the Office of the United Nations High Commissioner for Refugees.

Various examples of violations of this point have been observed.

First, on November 11, at least 10 citizens were taken prisoner on the Yerevan-Stepanakert road, who had just been leaving for Artsakh with different justifications. This became known when Azerbaijani users started spreading the video of a group of Armenian captives being transported by car. 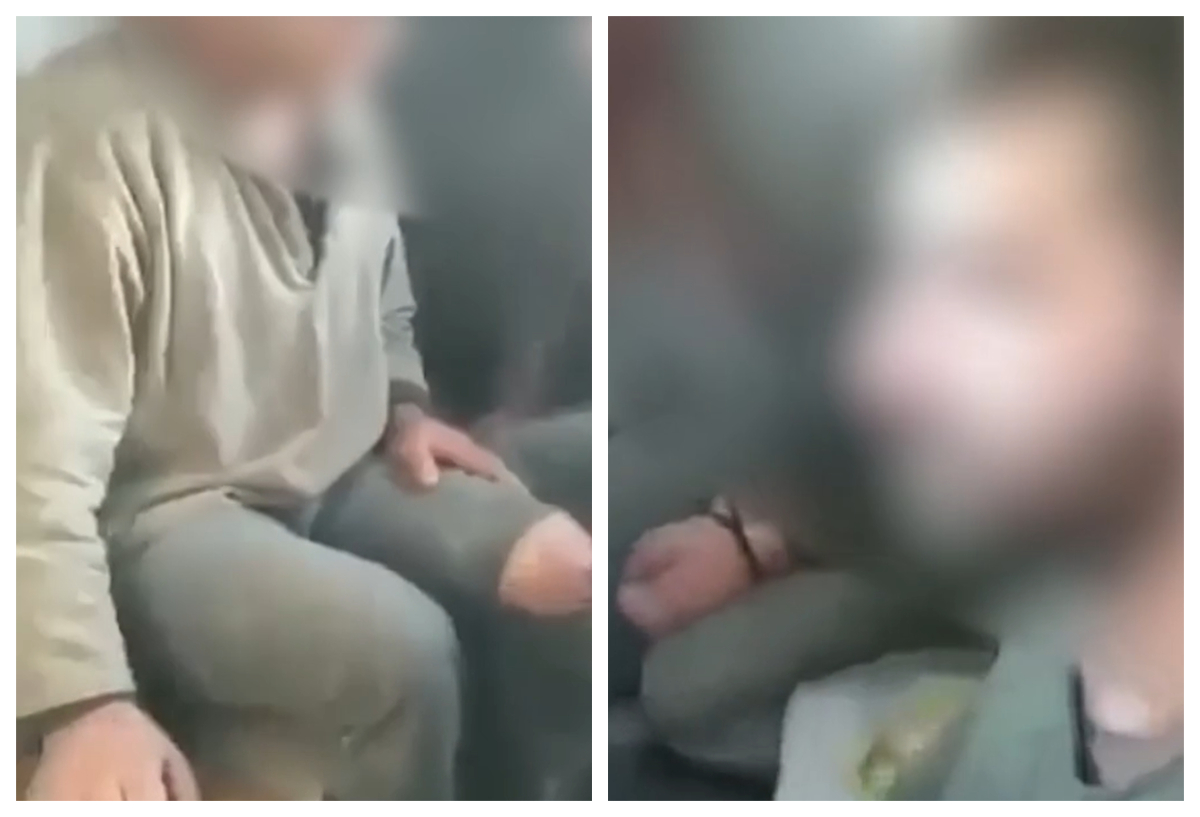 Among them was David Isahakyan, who was taking the elderly couple Elza Sargsyan and Benik Avtandilyan to their native village, Gish. Davit Isahakyan was identified by his wife through a video. The elderly couple is not visible in the footage. No information about them had been mentioned.

Other citizens also recognized their relatives in the video. Sevak Abrahamyan, for example, recognized his uncle’s three grandchildren who were going to bring his sister’s belongings from Berdadzor.

Yeghishe Kirakosyan, Armenia’s representative to the European Court of Human Rights, has filed an urgent appeal against Azerbaijan in Strasbourg, demanding that steps be taken to ensure the right to life of 10 citizens and to refrain from inhuman treatment.

The next proof of violation of security guarantees was the capture of Armenian soldiers by a military clash in the Old Tagher-Khtsaberd area.

It became known on December 16, when the Internet was flooded with videos of the capture of Armenian soldiers. On this occasion, the Defense Army reported that on the evening of the 15th of the month, “in yet unknown conditions, contact with the personnel of several Artsakh Defense Army positions located in the direction of the Old Tagher and Khtsaberd villages of Hadrut has been lost.”

On December 17, the Artsakh Defense Army reported that the bodies of 9 Armenian servicemen found near the Armenian military positions in the direction of Khtsaberd-Hin Tagher were handed over to the Defense Army by Russian peacekeepers. The circumstances of their death are still unknown. On the other hand, Artsakh ombudsman Artak Beglaryan confirmed that about 60 servicemen were missing in the Khtsaberd-Hin Tagher area.

During a meeting with Turkish Defense Minister Hulusi Akar, Azerbaijani President Ilham Aliyev called the Armenian prisoners of war terrorists. “Many of them have been arrested since the end of the war, but they can not be considered prisoners of war, they are terrorists,” Aliyev said.

Abdullayeva blamed Armenia for violating the terms of the agreement

On January 5, 2021, the Minister of Foreign Affairs of the Republic of Armenia Ara Ayvazyan paid a working visit to Artsakh, meeting with President Arayik Harutyunyan, NA Speaker Artur Tovmasyan and the newly appointed Foreign Minister Davit Babayan. During the meeting, it was stressed that the recognition of the Artsakh people’s right to self-determination and security and the de-occupation of Artsakh under the Azerbaijani occupation is at the core of the political settlement of the conflict.

None of the points of the signed statement prohibits Armenian officials or foreign ministry officials from visiting Artsakh, but Ara Ayvazyan’s statement on the de-occupation of the territories can still be considered as a statement against the spirit of the tripartite statement, as the first point affirmed: The parties stop in their positions.

Taking into account the recorded facts of violation of security guarantees, the capture of military and civilian persons, not stopping in the occupied position and the continuation of military clashes, we can note that it is too early to speak about the observance of the November 10 trilateral declaration agreements.