The News Of Surrendering Charektar And Then Keeping It With The Efforts Of An Individual: Why Did The Village Remain Armenian 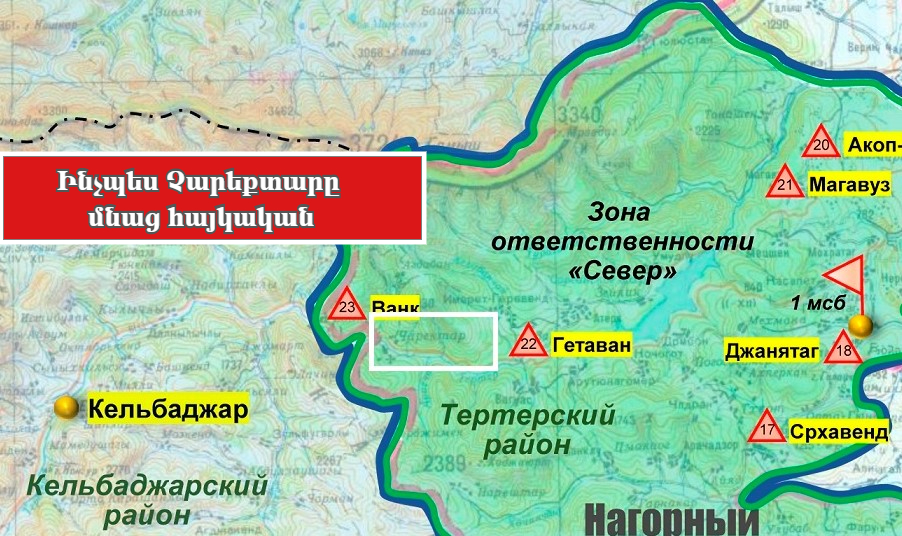 American journalist Patrick Lancaster, who in recent days has been covering the Nagorno-Karabakh conflict, recently published a video with the participation of Ashot Sevyan, a resident of the village of Charektar in the Shahumyan region. The latter was determined to stay in the village until the end, never to hand it over to the enemy.

“This is my home, my honor, my history. I still have the weapon in my hand. Die with honor, but do not be cowardly, do not turn your back, it does not matter, they will strike you either way,” said Sevyan.

Ashot Sevyan’s video was widely spread in the Armenian media, his words caused excitement in the society.

On December 2, news spread on social networks that the village would not be handed over to Azerbaijan due to the efforts of the resident of Charektar. The author of the post was user Miqael Voskanyan. In his words, the resident contacted him and said that they had managed to keep the village in the Armenian part.

In addition to some well-known news outlets in Armenia, the news was also spread by a number of mushroom websites (1 2 3 4), the origin of any information not being mentioned. The latter avoided their own comments in the title, quoting Miqael’s words.

?But instead of compatriots like Ashot, we have many stateless conformists and idealists

?Do you remember this Charektartsi who said, “Whoever came to my house, I will kill him? He managed to save the village.

?Do you remember Ashot Seyan? He refuses to leave his village․ Thus, he got in touch and said that… Miqayel Voskanyan’s important post, which everyone should read

Politik.am, 7or.am, hayeli.am and zham.am were more creative. These websites added additional intrigue to the title, noting that the territories handed over by Nikol Pashinyan on paper were kept by the people of Artsakh (Ashot Sevyan).

In the end, which side is Charektar on, and thanks to whom?

By the November 21 decision of the Government of the Republic of Armenia, the list of settlements of the Artsakh Republic under the Azerbaijani control was officially presented for the first time. The list still includes Charektar community, which is a mistake.

Charektar was a part of the Martakert region of the NKAO during the Soviet period. Besides, in the map published by the Russian Ministry of Defense, the village is also under the control of the Armenian forces.

Moreover, on November 26, Armenpress wrote about the restoration programs being implemented in Charektar village. Village head Kamo Tsakanyan told the news agency, “The reconstruction program of the village will be implemented by the Artsakh Ministry of Urban Development. There is already an agreement with construction companies.”

In conclusion, it should be noted that the spread of the news of Charektar crossing to the Azerbaijani side was initially wrong by the Armenian government. It continues to belong to the Armenian forces, as it was in the Martakert region of the NKAO during the Soviet period.