Old Photos With New News Texts Regarding The Armenian-Azerbaijani Conflict 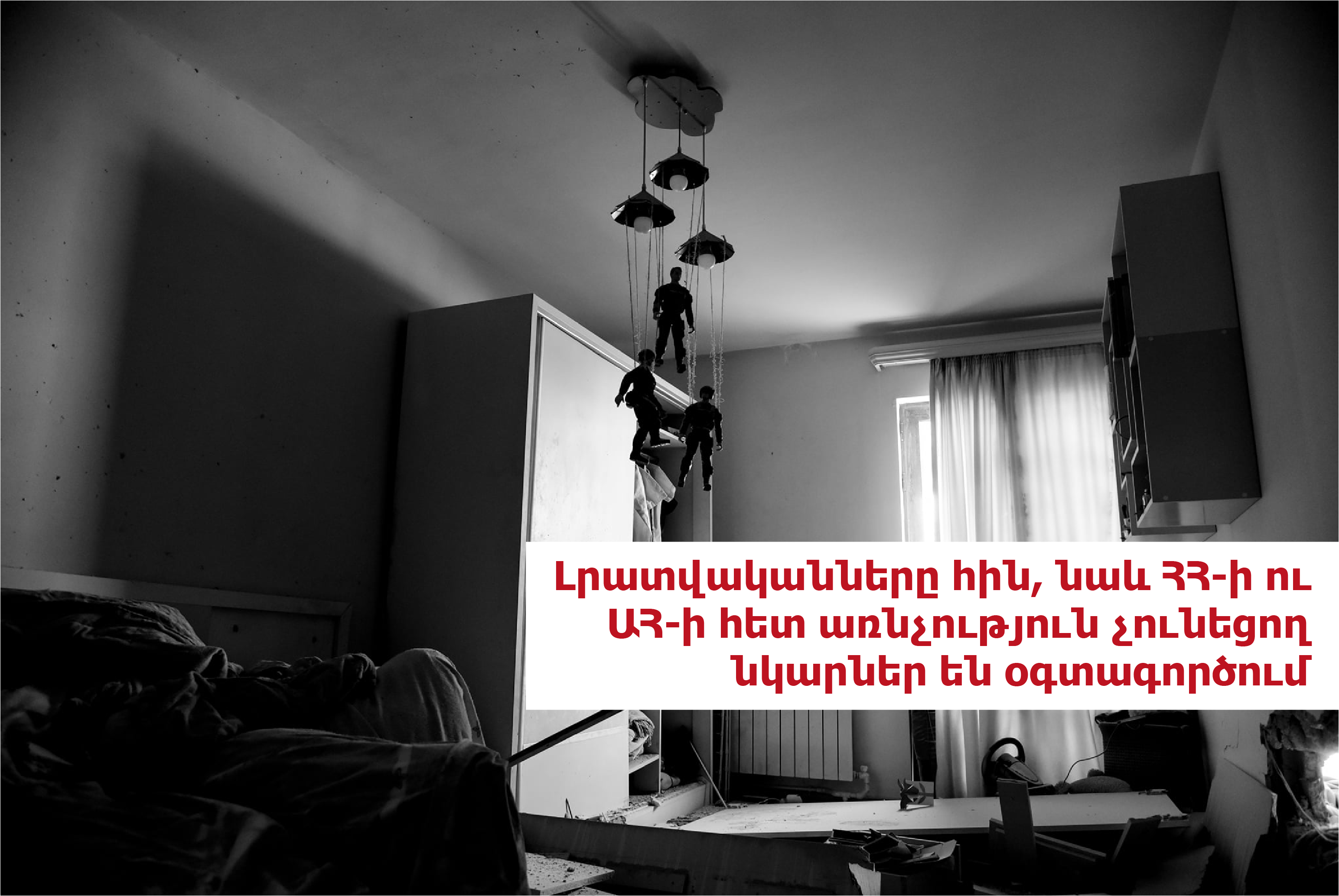 Early on the morning of September 27, hostilities began along the Armenian-Azerbaijani line of contact. A general martial law was declared in Artsakh and Armenia and general mobilization. Martial law and curfew are operating in Azerbaijan.

During the coverage of the border operations, the Armenian media can provide only official information due to the state of war.

However, even when publishing official or verified information, the problem of using images in the Armenian media field is being felt.

On the first day of the hostilities, there were cases when the article providing official information used old photos that had nothing to do with Armenia and Artsakh. Media.am has singled out several such examples.

Armlur presented the comment of former RPA MP Arakel Movsisyan on the current state of the Armenian-Azerbaijani war.

Movsisyan informed that 100 people “gathered and are waiting for the order of the Ministry of Defense.” The main photo used by the site is remarkable: It is edited and presented in a collage. A weapon in his hand and in military uniform (camouflage) Arakel Movsisyan has been added to the photo artificially. The retrospective search of the picture shows that the picture, against the background of which Arakel Movsisyan’s picture was added, was taken during the actions of April 2016. The photographer is noted in the picture: hetq.am, Armen Yeramishyan.

Razminfo wrote that according to the coordinator of the Azerbaijani “Meidan” news agency, a lieutenant colonel was killed on the Azerbaijani side. The photo of the victim is now published on the website with the article, but the version saved in google cache shows that it was not in the original version.

As a photo accompanying the article, the websites used a photo of the funeral of an Azerbaijani soldier. Doing a reverse search of the picture, it becomes clear that it is not new. The photo has been online since 2016.

The picture of the damaged UAV was not new

Defense Ministry spokeswoman Shushan Stepanyan informed that the RA Armed Forces hit the enemy’s UAV in the north-eastern direction. Some websites that published the news did not post a photo, some used the photo of the speaker. Some of them, 24news.am, 7or.am, etc., published the news with the picture of the damaged UAV that was damaged on July 18, 2020 in the territory of Artsakh. 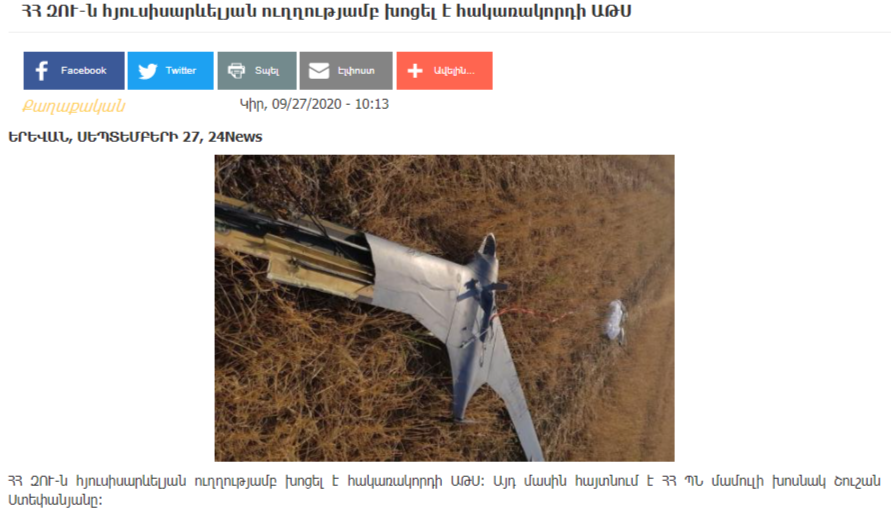 An old photo was also published on azatutyun.am, but, unlike the best practices of their colleagues, they left a note mentioning that it was an “archive photo.”

Another old photo of a UAV was used by armenpress.am.

The shots of the damaged Azerbaijani helicopter were not from Armenia

Old footage was also used for the official news of the injured Azerbaijani helicopter. The photo published by 7or.am was a shot of a helicopter that had crashed in Russia in 2013. It has been used on different occasions in different countries during these years.

Meanwhile Hraparak.am posted two shots of a damaged helicopter, noting that it had appeared on the Internet. The site has already removed the material, but its archived version is still available. The same news with the same structure appeared on hayeli.am. It was published by Facebook users. 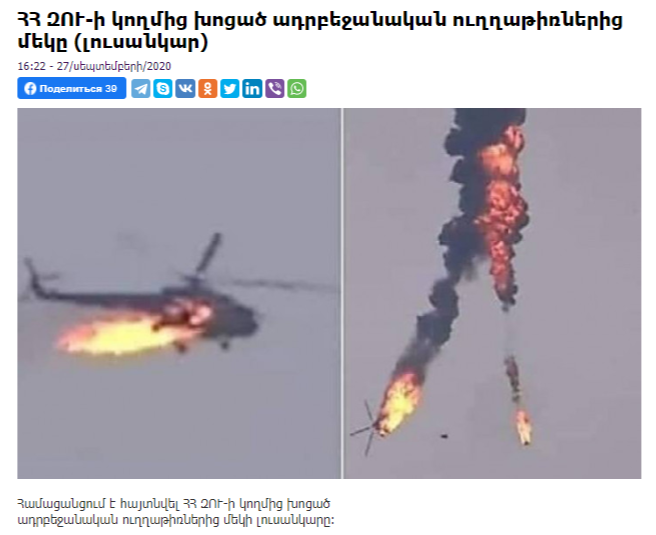 In fact, these shots have nothing to do with Armenia. The video of the damaged helicopter is from Syria, published in February 2020.

An hour ago, this Mi-17 utility helicopter of #Syria Arab Air Force was shot-down over Al-Nayrab, #Idlib. #AlQaeda affiliated & #Turkish backed militias are trying to take responsibility, but it is certainly known that #Turkey targeted this helicopter. pic.twitter.com/ZRzx9ShrlV

Non-combat photos were also published during the previous clashes. During the July events, media․am wrote that Public Radio had posted an old photo. It was checked by the Azerbaijani side. Then the spokesman of the Ministry of Defense of Azerbaijan Vagif Dargyahli presented this fact as proof that the Armenian side was lying about hitting 13 Azerbaijani UAVs.