False And Denied News Between August 1-15 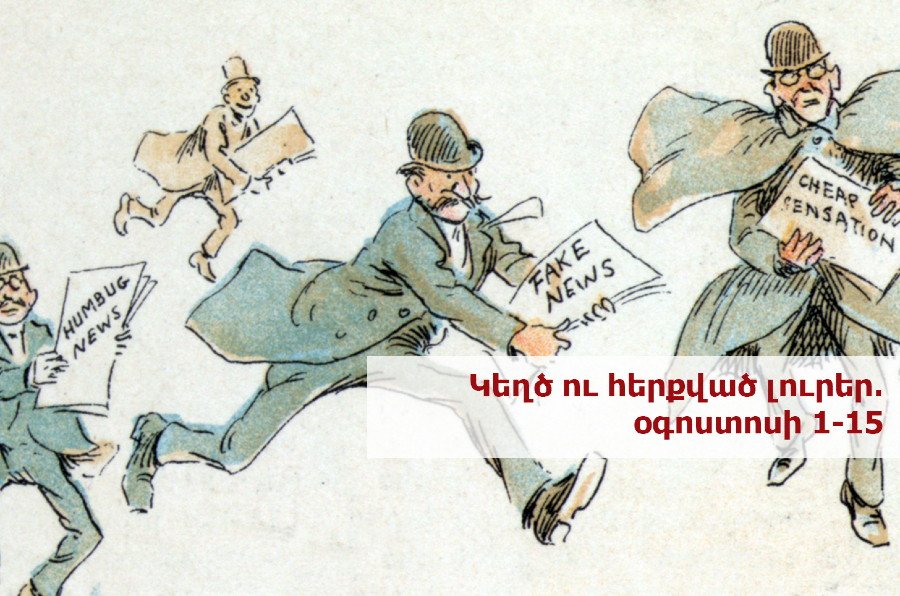 In early August, false news spread about the explosion in Beirut. The press repeated the old and refuted allegations about George Soros and the Lanzarote Convention.

In the days following the catastrophic explosion in Beirut on August 4, a lot of false news appeared on the Internet, which tried to explain the cause of the explosion in one way or another.

US President Donald Trump was one of those who had spread unverified news․ He announced that a bomb had exploded in Beirut. However, the US Secretary of Defense countered, saying that the explosion was most likely an accident.

Trump was not the only one who spread false allegations about the explosion․ Various versions appeared in the media: Israeli attack, enemy warplane, nuclear explosion, etc.

A video was spread on social networks, in which a rocket allegedly exploded seconds before the explosion. This video also appeared on Armenian-language Facebook. Later it turned out that the video was fabricated because there was no rocket. 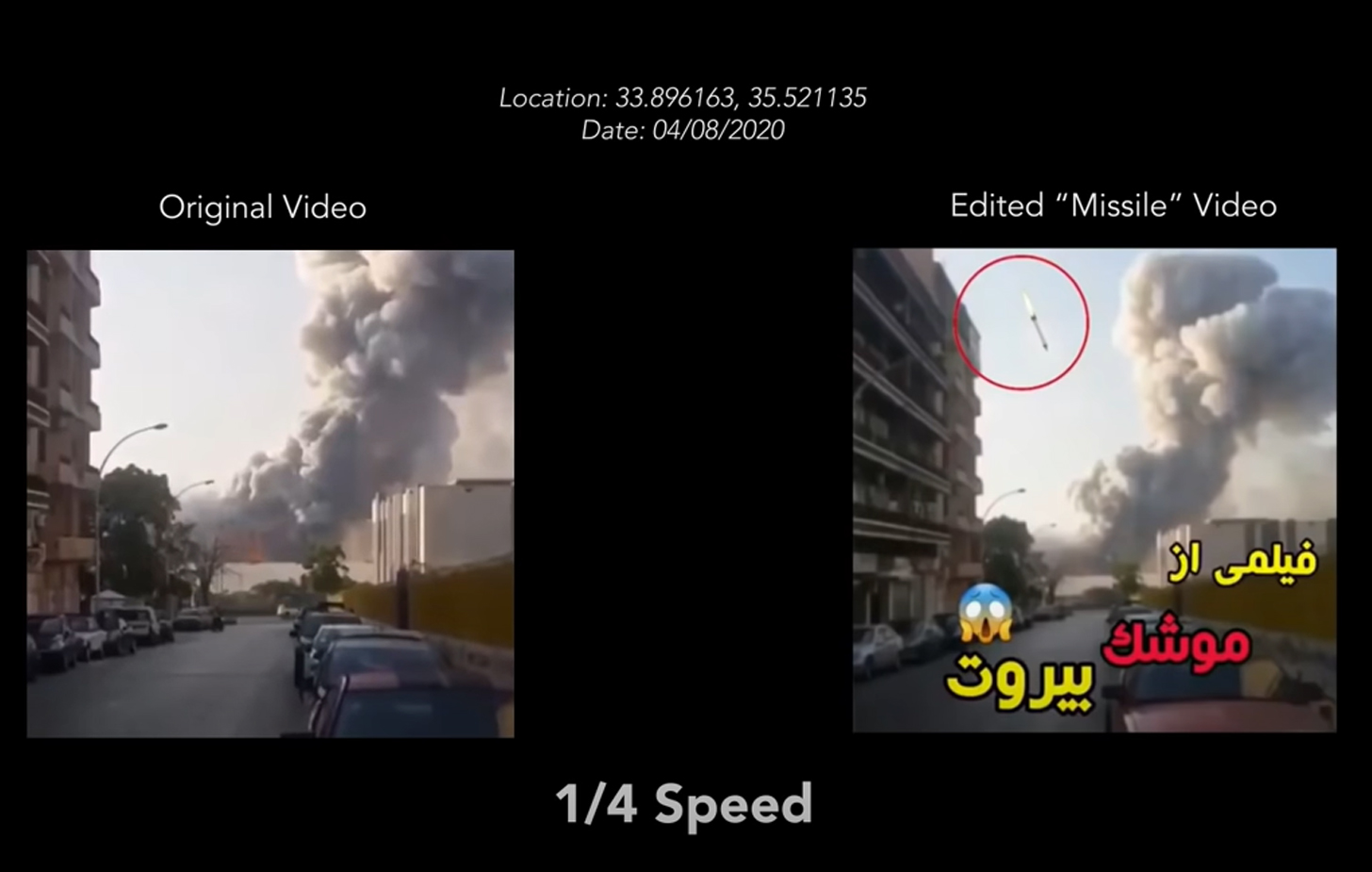 The Lebanese government said the blast was most likely caused by improperly controlled ammonium nitrate shipments.

At the beginning of August, Channel 5 made a documentary film entitled “Trading in Value Systems” about the Lanzarote Convention, the creation of which was funded by the Homeland Foundation, founded by former NSS Chief Arthur Vanetsyan.

Armenia signed the Lanzarote or  Council of Europe Convention on the Protection of Children against Sexual Exploitation and Sexual Abuse 10 years ago and ratified it on May 11, 2020.

In the film, which lasted about 20 minutes, Channel 5 made false and misleading statements about the goals and content of the convention. These allegations mainly repeated the manipulative theses that were repeatedly refuted, which accompanied the ratification not only of Lanzarote but also of the Istanbul Convention.

Armenia was presented as a country outside the cultural territory of Europe, and Europe as a continent with distorted morality. Thus, the host of Channel 5 announced that in Europe “you can be tried for child molestation” for hugging a child and hitting them on the butt without their consent.

The TV channel talked about the topic with several experts, who had previously spread false information. For example, one of the experts was lawyer Alexander Kochubayev, who spread the Russian propaganda myth about the National Center for Disease Control and Prevention in Armenia.

The Russian propaganda once again spread manipulative claims about Armenia

The Russian propaganda channel Соловьёв LIVE YouTube channel once again referred to Armenia and the post-revolutionary government. Instead of Vladimir Solovyov, this time the main host was Semyon Baghdasarov, who was formerly a member of the State Duma and is now a frequent guest on Russian state channels.

Baghdasarov made a number of false and manipulative statements about the political situation in Armenia. For example, he used the conspiracy theory about George Soros, claiming that after the revolution in Armenia, Soros is glorified instead of historical heroes, and no government official is appointed without the permission of the head of the Open Society Foundations in Armenia.

Another manipulative statement by Baghdasarov referred to the Russian 102nd military base. Without giving any justification, the host stated that Pashinyan had decided to withdraw the 102nd military base from the territory of Armenia, but then he saw that Turkey was dangerous and the only helper was Russia.

At the beginning of August, it became known that the famous archeologist Grigor Areshyan died from Covid-19.

News.am published the news about Areshyan’s death, but confused his biography, putting in the text the biographical data of his grandfather, obstetrician-gynecologist, professor Grigor Areshyan.

The website later corrected the mistake, but did not mention it in the article.

Denials and demands for denials

❌ The Defense Ministry spokesman denied the information that the Turkish F-16 planes had approached the Armenian border. The information was spread by the Russian website Avia.pro.

❌ The NKR Foreign Ministry denied the statement attributed to Minister Masis Mailyan published on the Russian Topwar.ru website. The Russian media, referring to the Polish website Defense24.pl, claimed that Mailyan said that Armenia would withdraw Russian military forces from its territory if Russia did not provide assistance.

In the Polish article, however, these words were said by a retired soldier, not by Minister Mailyan.

❌ The Prime Minister’s spokesman denied the rumors that Nikol Pashinyan had secretly attended a wedding in Ijevan. The news was spread by the news website, Hraparak.am. Hraparak used an old family photo of Pashinyan, noting that no evidence of participation in the wedding had been obtained.

The news was spread by Tert.am, News.am, Analtik.am. All articles had used old photos. Analtik.am, for example, used a shot taken from a video from 2018.

❌ Prime Minister Nikol Pashinyan sent a letter to the head of the Politik.am website, Boris Murazi, calling the information spread by the website that Pashinyan’s grandfather was a traitor in the USSR army a slander.

The Prime Minister demanded to deny the information “in order to avoid the court process.”