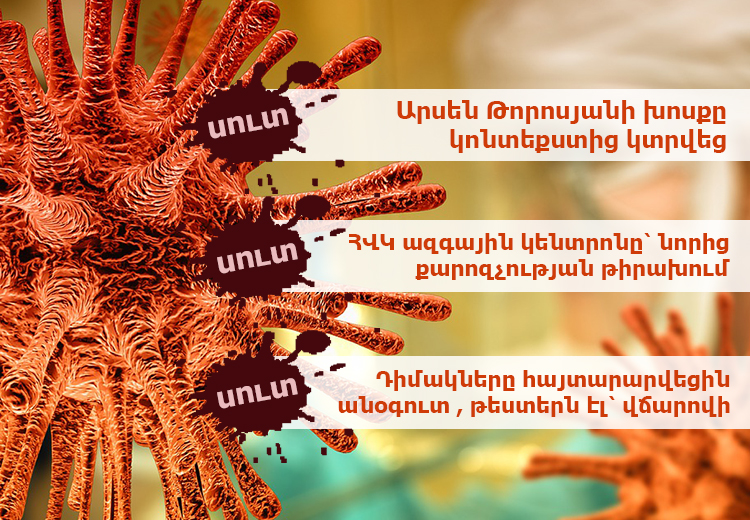 There was no shortage of coronamyths last week. The masks were mistakenly considered unnecessary, the press cut Arsen Torosyan’s words out of context, and apologizing to the minister became an occasion to remember once again the slightly forgotten thesis about canceling the referendum due to the coronavirus.

Arsen Torosyan’s speech was taken out of context

7or.am, 168.am, 4news.am and a number of other websites cut Arsen Torosyan’s words out of context. The materials covering his speech at the government session were titled “I urge you not to wear a mask.”

❌ It was not clear from the title that Torosyan urged not to wear a cloth mask if there was a financial opportunity to buy a medical mask.

The Minister was talking about the recent trend of fabric masks becoming fashionable. He stressed that this type of mask should be worn only if there are financial difficulties and it is not possible to buy medical masks.

He called on those present in the hall and the rest of the citizens not to wear a mask made of cloth, if it is possible to wear an ordinary medical mask, because it protects several times better. 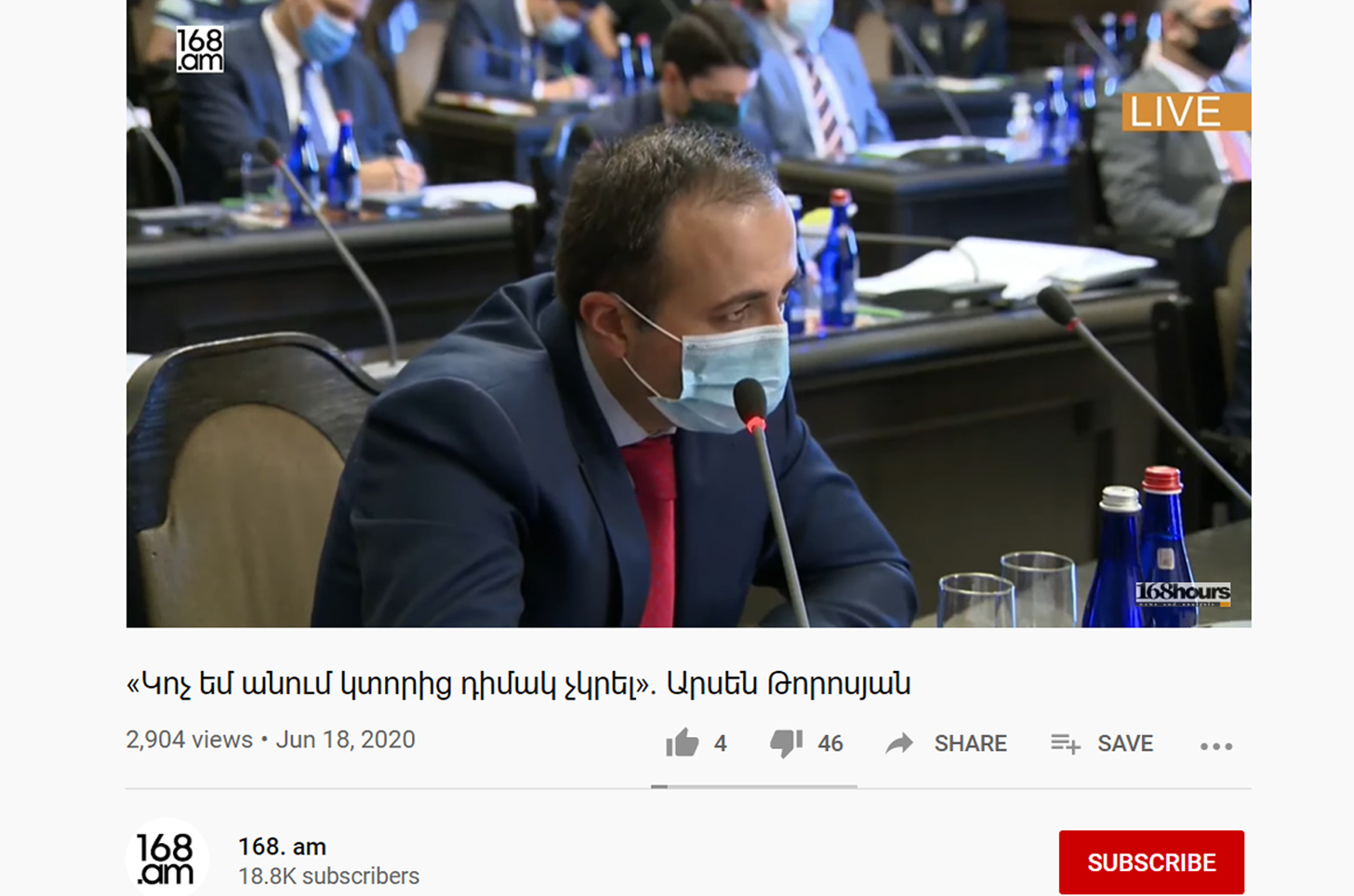 ArmNews suspects that the Ministry of Health is a branch of the World Health Organization, and the government is solving a political problem with the help of a contagion

On June 10, Minister of Health Arsen Torosyan apologized on Facebook for possible mistakes and thanked the critics.

The video message was widely covered. Lika (Lilit) Tumanyan (a member of the extremist conservative party “Adekvad”), who is the morning host of ArmNews TV channel, which is part of the “Four Media” CJSC, which belongs to 4 former RPA deputies, made several remarkable statements.

Tumanyan asked a question, “The government constantly emphasizes Armenia’s sovereignty. However, during this period, it became clear that we were guided only by the information provided by the World Health Organization. What is our Ministry of Health, a branch of the WHO? ”

Tumanyan also suspected that the government had deliberately presented the virus as being less dangerous, as it intended to “seize the power of the Constitutional Court.”

In the end, Tumanyan expressed hope that Arsen Torosyan would resign.

Alexander Kochubayev, an Armenian lawyer, said he had applied to the court to suspend the licenses issued to biological laboratories.

We are talking about the National Center for Disease Control and Prevention, which diagnoses and analyzes the epidemic situation. The

DCP Center, like other laboratories in the post-Soviet countries, is one of the targets of the Russian propaganda; false allegations are regularly spread about it. These allegations have been repeatedly denied. Thus:

❌ No biological weapons are created in laboratories

❌ The virus does not spread from laboratories in Armenia

In his post, Kochubayev repeated some of the false allegations. 7or.am and livenews.am reprinted his post in the same way.

Meanwhile, some members of the Prosperous Armenia Party (PAP) did not wear masks and were fined, Lusine Haroyan-Dallakyan, the candidate for prime minister in the post-revolutionary snap elections, continued to insist that wearing a mask was pointless.

A photo she shared in May, which featured a box of masks with the words “will not provide any protection against Covid-19,” was shared 1,400 times. The photo was widely circulated on social networks, and a few days after its publication, NA deputy Gevorg Gorgisyan used the same argument in his NA speech.

On June 17, Haroyan-Dallakyan, citing a program on Russian state television, reiterated that the coronavirus is killed in hot weather (which is wrong), so you don’t have to wear masks.

Haroyan-Dallakyan noted that the uselessness of the mask “is not only a well-known scientific fact, but also completely logical.”

Masks do not really protect a person who has been infected with the virus. However, their widespread use has significantly slowed the spread of the virus.

Tests for coronavirus are free

On June 18, on the air of the program “In front of the mirror,” former NA deputy Gurgen Yeghiazaryan said that the citizens pay 15,000 – 85,000 AMD to take the coronavirus test. 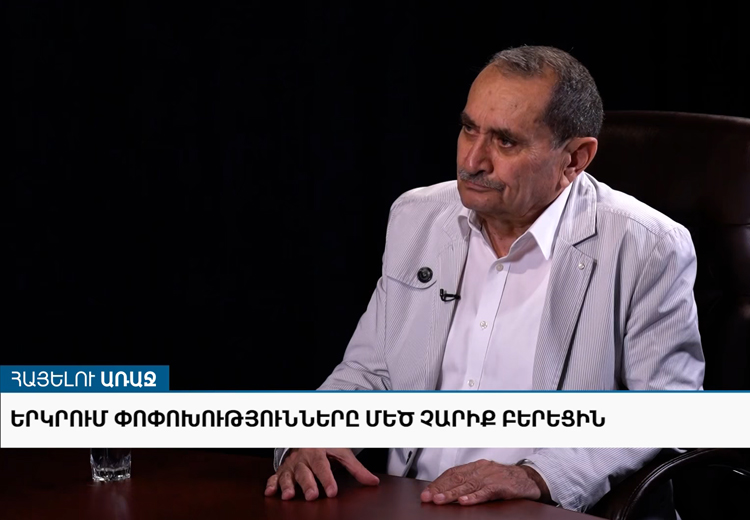 He missed the fact that the tests are free of charge according to the medical instructions, the citizen pays only if he wants to be checked without a prescription. Instead, Yeghiazaryan asked, “Whose pocket does that go to?” And he answered, “We’ll find out with you a little later who laundered the money.”

Host Angela Tovmasyan interrupted him, “Mention that you are using their word, otherwise they will say that we aren’t using appropriate language for the air by saying ‘swallow’.”