Fake And Manipulative News About Armenia And Not Only 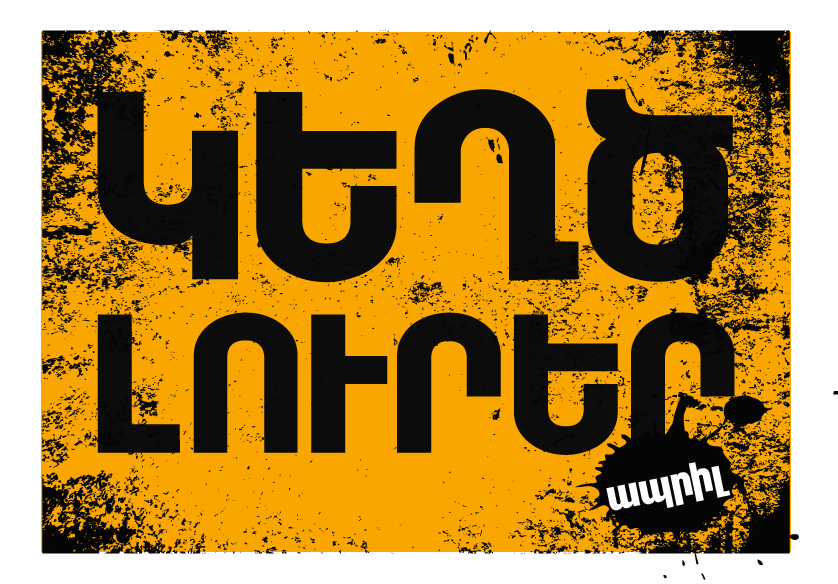 In April, a number of fake and manipulative news stories about Armenia circulated in different countries of the post-Soviet region. Unreliable claims about the coronavirus penetrated the Armenian news websites from the foreign press.

The Kremlin sees danger in “American” bio-laboratories in Armenia. Propaganda websites spread fake news about them

Moreover, the Kremlin has officially expressed concerns over the activities of the laboratories and funding from the United States.

Under the conditions of the coronavirus pandemic, laboratories have once again become the target of false news. Thus, back in March, the Cont.ws website announced that “the American Biological Laboratory of Armenia is the epicenter of the spread of the new coronavirus infection in the region.”

In April, the Moscow Komsomolets repeated this theory. A few days after the publication of the newspaper, the “Armenian Eagles” non-governmental organization and its head Khachik Asryan submitted a statement-demand to close the laboratories.

It is difficult to call the “Armenian Eagles” NGO an influential political union. Despite that, many Russian websites published Asryan’s statement. NewsFront.info wrote that “Armenia has been given two months to eliminate American bio-laboratories.” And fondsk.ru reported that “In Armenia, demands have been made to Pashinyan to close all bio-laboratories” and added, translating Asryan’s words “Bio-laboratories endanger the preservation of the Armenian people as an ethnos.” In addition to the mentioned sites, unreliable allegations about the laboratories were spread by eadaily.com, zavtra.ru, eurasianinfoleleague.com and others.

Eadaily.com also made a reference to bio-laboratories at the end of March, publishing three consecutive interviews with Grigor Grigoryan, former head of the FSIB (Food Safety Inspection Body). In the first interview, Grigoryan stated that the coronavirus is a biological weapon and the new world war has already begun. In the second, he reported that the “US laboratories” are connected with all epidemics of the last 20 years. In the third, he insisted that Armenia’s national biological security system has been serving US biological intelligence in the region since 2013.

According to Grigoryan, the United States had been occupying Armenia’s biological security sphere for many years, and it was only during President Robert Kocharyan’s rule that the United States did not succeed here.

One of Grigoryan’s interviews was reprinted on cont.ws in April.

Armenian-Russian relations are the subject of speculation

In April, rossaprimavera.ru quoted Victor Soghomonyan, head of Robert Kocharyan’s office, as saying that “the illegal arrest of the second president has a significant impact on Armenian-Russian relations.” The website also referred to a Kommersant publication on how Kocharyan’s arrest may become one of the main issues in the relations between the two countries.

Azerbaijani experts also noted a crisis in Armenian-Russian relations. This time the reason was not Kocharyan, but the “anti-Russian hysteria” prevailing in Armenia – the pressure on the Russian business, the military and the “Moscow’s figureheads” within the authorities.

The American billionaire has once again been declared the evil of the world. Russian websites accused him of destroying Armenia from within. An extensive article was published in the online journal Military-Political Analytics, which linked Pashinyan’s government to the George Soros Foundation, which spreads Western influence. The article repeated the classical tenets of the conspiracy theory about Soros.

The article was reprinted on eurasianinfoleague.com.

EU funding and Estonian intelligence claims are subjects of manipulation

The website of the Russian state-run RT (Russia Today) TV channel wrote that NATO is pursuing a policy of isolating Russia. The expert interviewed by the website said that for this purpose NATO is going to include Armenia, Georgia and Ukraine in the alliance.

RT also wrote about the attention paid by Western organizations to Armenia a few weeks earlier, at the end of March. The media outlet considered that the EU’s support for Armenia’s youth projects could be spent on “lobbying and information-propaganda campaigns.”

A large series of publications followed the report of the Estonian Intelligence Service. The document says that relations between Yerevan and Moscow “are reserved” since the Velvet Revolution.

First, on April 3, Russian Deputy Foreign Minister Andrey Rudenko advised an Armenian correspondent of Novoe Vremya to seek clarification on this Estonian publication in Tallinn. “It seems like the guys in Estonia know more than everyone else,” he said.

The interview was published on the website of the Russian Foreign Ministry, then in the state news agency TASS and other news outlets. The Russian websites’ article was translated by Armenian news outlets: news.am, hayeli.am, armedia.am, etc.

Thus, this news was published in the Armenian newspaper, penetrated the Russian state media and then returned to Armenia, this time making reference to the Russian media.

Referring to the Italian press, analitik.am, 24news.am, news.am, iravunk.com, as well as 1lurer.am, reported that Italy will remain closed to tourists until the end of the year. Several paragraphs of the text published by Iravunk literally coincided with the text published by the Russian nsn.fm website.

This news was false and was widely spread in the Russian press. The Italian embassy in Russia denied it. “Iravunk” newspaper published the denial, referring to the TASS agency.

Another false story dealt with rumors about relatives being offered bribes at the morgue to mark coronavirus as the cause of death. If in Russia this story was spread mainly only among the users of social networks, then In Armenia it was published by many news websites. Lurer.com, Asekose.am, Hayeli.am, Medmedia.am, YN.am, and Zham.am shared doctor Nune Nersisyan’s post, who, in turn, had based it on what a Facebook user wrote, claiming that the relatives of the deceased were offered $200 to name the coronavirus as the cause of death.

Drugs with no confirmed effect on COVID-19 are being suggested as a cure. This can cause harm

Fake news on the unconfirmed effects of the usage of some existing drugs for curing coronavirus is among the most popular series of false reports regarding the pandemic.

For example, US President Donald Trump has proposed taking hydroxychloroquine against the coronavirus, the effectiveness of which has not been proven, and taking it without instructions can be harmful.

In the meanwhile, Russian doctors have suggested using helium and drugs called Ingavirin for the coronavirus, the effectiveness of which has not been tested. To date, no cure for COVID-19 has been found.

The last week of April was marked by the Armenian-Ukrainian incident. Ukrainian MP Darya Volodina posted on her Facebook page a letter from the country’s Deputy Foreign Minister urging officials to avoid using the term “Armenian Genocide.”

The letter stated that Ukraine does not recognize the Armenian Genocide, and Armenia votes in favor of Russia in international organizations.

Volodina criticized the letter, and on April 24 released a video in which members of the Verkhovna Rada said, “Ukraine remembers.” The Minister of Internal Affairs of Ukraine Arsen Avakov also made a post dedicated to the memory of the Genocide victims. Both Volodina and Avakov used the word “genocide.”

The letter published by Volodina was also discussed on Russian websites. Thus, the Fund for Strategic Culture (fondsk.ru) wrote that “Kyiv forbids the mention of the term Armenian Genocide.” The article was reprinted on naspravdi.info.

Russia-funded Sputnik Armenia titled its article “Morality?” Haven’t heard of it. How the topic of the Armenian Genocide has revealed Kyiv’s perverted diplomacy.” The topic was also touched upon by the Rossiyskaya Gazeta newspaper published by the Russian government.