Soon the National Gallery will host an exhibition entitled Dali and Picasso. According to the organizers, about 260 works by legendary Spanish artists will be exhibited. All the works are from the collection of Alexander Shadrin, a Russian entrepreneur and art collector.

The organizers have not mentioned the specific titles of the works to be exhibited.

Media.am discovered that many of the items of Shadrin’s collection were “almost original Dali works.” Actually, they are authorized copies mass-produced after the death of the painter.

Who is Alexander Shadrin?

Alexander Shadrin is the president of Russia-based Art of the Nations Foundation. The former teacher from Yekaterinburg started collecting art pieces after the collapse of the Soviet Union. Currently, his collection comprises a few hundred works, mostly by Salvador Dali and, to a lesser extent, Pablo Picasso.

During those exhibitions, Shadrin often had to answer to the same question, “Is this authentic?” His answer was, “While talking about authenticity, you should define the specific artwork… Information gaps may lead to producing copies – in that case nobody can tell the difference.”

When an art critic asked a question about the authenticity of the art works during the exhibition in Kazan, Shadrin called her “biased.”

“I had invited experts from the Hermitage Museum to conduct workshops related to the art works from this collection. None of the experts from St. Petersburg had any doubts about the authenticity of the works,” Shadrin states. He had donated one of the works of his collection to the Kazan museum, putting his signature next to Dali’s.

The significant part of the collection comprises sculptures that Shadrin has purchased from Dali Universe Foundation in Europe. Media.am researched on this organization to find out what type of artwork they sell.

Are the works authentic?

There is a real mess around the Dali heritage. For years, art critics have been trying to put some order to his works.

Actually, Dali himself has started the mess by authorizing the numerous editions of his prints. Over time, this practice has turned into international business.

Beniamino Levi, an Italian entrepreneur and the President of Dali Universe, is one of the major players in this business. The media call him “a philanthropist”, just like Shadrin. At some point in his life, Levi was introduced to Salvador Dali who signed over the copyright of some of his works to him. Currently Levi produces and sells the authorized sculptural editions of Dali.

De jure, the authorized editions are considered to be “original.” However, in some cases, hundreds of copies of some art works were created years after Dali’s death. The Guardian mentions that Levi’s company produces the sculptures in “editions” of sometimes more than a thousand at a time. 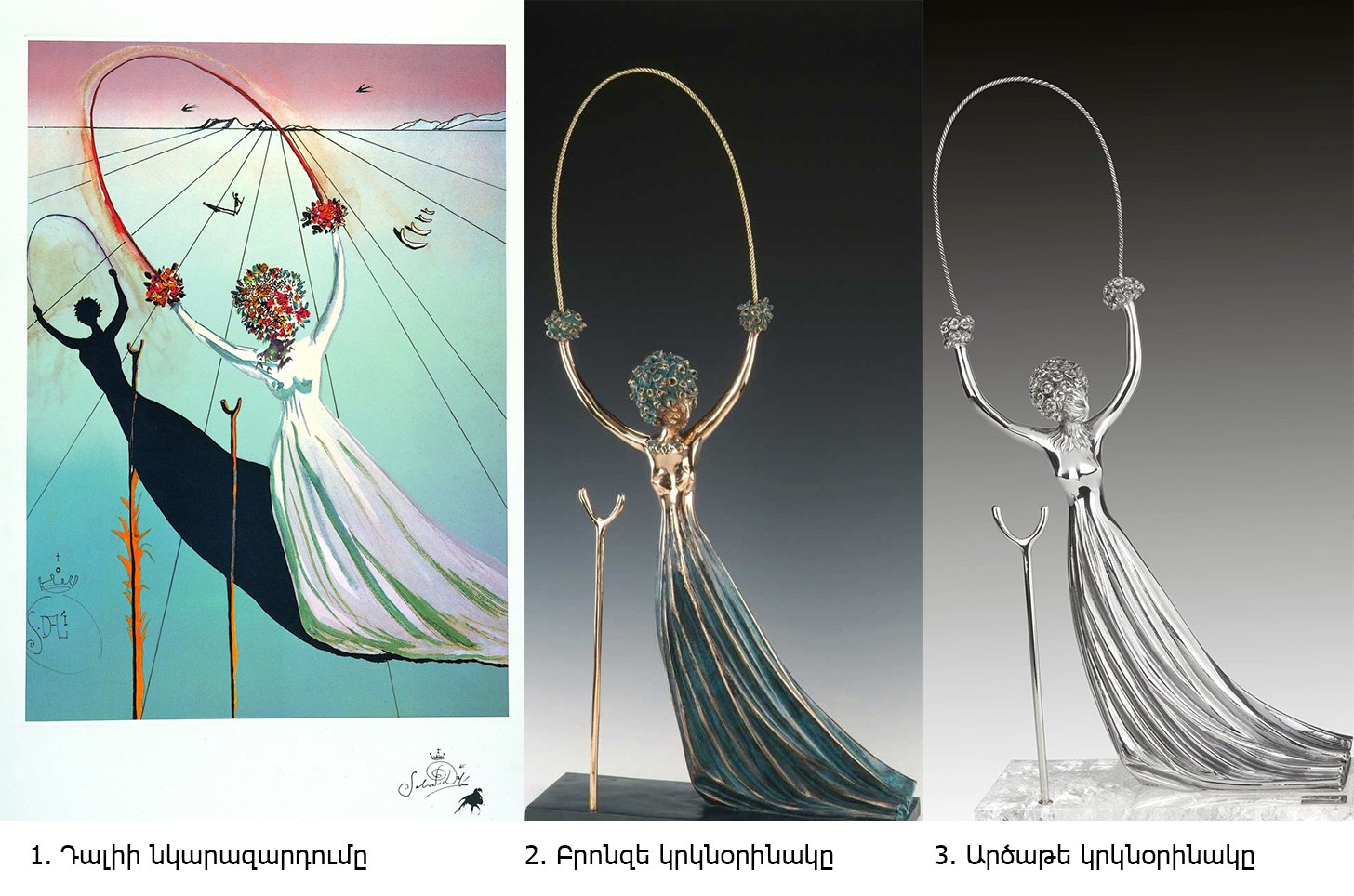 Dali Universe responded to our inquiry about the prices of the sculptures. They state that the editions having several hundred copies cost 9000 to 38.000 EURO.

The Guardian, in its, turn, states that it would cost no more than £1,000 to manufacture such a sculpture, whereas the paintings of Dali are sold for millions of dollars at auctions.

The National Gallery of Armenia refused to tell if it’s the authorized editions that would be exhibited in Yerevan. We got no response to our written inquiry within five working days, as stipulated by the law.

These mass-produced editions made of various materials can hardly be called “original” artwork. Art critics consider such copies to be “almost Dali.” Despite the fact that they are legally considered to be “original editions,” Dali has not played any role in the process of their creation.

Alexander Shadrin’s collection comprises dozens of such “almost Dali” works that will be exhibited in the National Gallery from March 7 to April 16.