“Unprecedented Conspiracy:” Why Was The Artsakh Flag Missing? 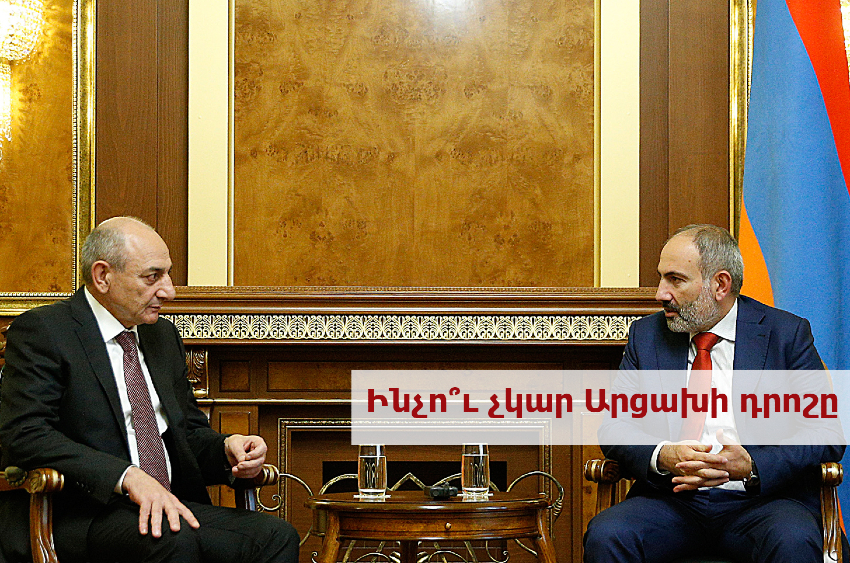 The October 15 meeting of Nikol Pashinyan and Bako Sahakyan was followed by heated discussions over the absence of the Artsakh flag and Pashinyan’s welcome speech, as he described the Artsakh president as “governor.”

There was no Artsakh flag, and Bako Sahakyan was a “governor”

Editor of 7or.am news site Aregnaz Manukyan called the absence of the Artsakh flag during the official meeting of Nikol Pashinyan and Bako Sahakyan a “shocking episode” on his Facebook page.

RPA Vice President Armen Ashotyan spoke about the missing flag, “The person who makes prominent and empty pledges to bring Artsakh back, “forgot” to place the flag of the Republic of Artsakh around the negotiating table at the meeting with the Artsakh President.”

Lika Tumanyan, a former deputy director of the Public Radio, a member of the “Adequate” Party’s initiative group, also commented on the lack of the Artsakh flag, expressing surprise as to “[Why] Bako Sahakyan did not leave the room in the absence of his own flag.”

Posts about the missing flag are manipulative

The question of whether or not to place a flag during an official meeting is laid down in a protocol. 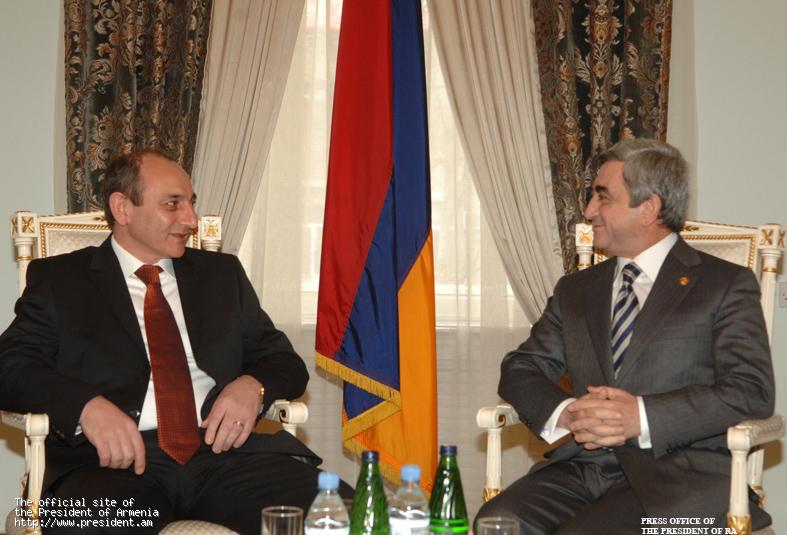 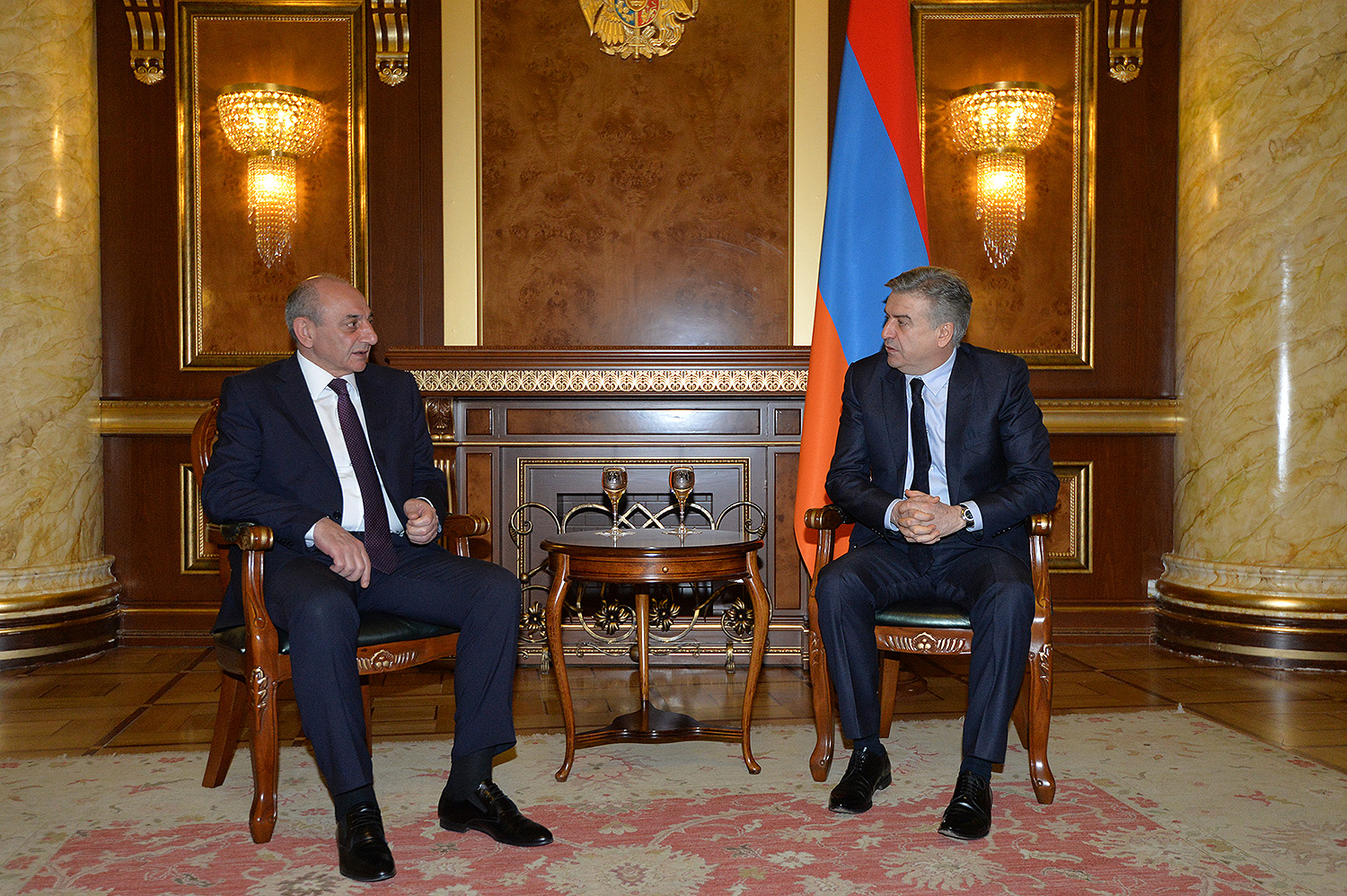 In this case, the placement of the Artsakh flag is not stipulated in the protocol, which is why the flag was missing during the meetings with Robert Kocharyan, Serzh Sargsyan and Karen Karapetyan in the same format. In the picture of Karen Karapetyan’s meeting, it can be seen that there had been a change in the protocol. The flag was placed not behind them in the middle, but behind the representative of the Republic of Armenia.

The allegation that Pashinyan called Sahakyan “governor” is also manipulative.

The last word in Pashinyan’s greeting sentence is not well heard in the video. It is not clear what the Prime Minister is saying. Because the sound quality is poor, one can make assumptions by comparing sounds similar to one word or another.

In a comment to Civilnet.am, Prime Minister’s spokesman Vladimir Karapetyan refuted the allegation of calling Sahakyan a “governor.” Following Karapetyan’s comment, Civilnet.am has removed the previous article on this topic and published the elaborate version of the recording where you can hear the words “Dear Mr. President, Dear Mr. Sahakyan.”

Theses about finding one word or another in difficult-to-hear recordings are not new.

In the second half of the 20th century, rumors were circulating in the United States that hidden messages about Satan could be heard in the tracks of rock songs played in reverse.

For example, in Led Zeppelin’s popular song “Stairway to Heaven,” they tried to find the words “My Sweet Satan,” about which books were printed and TV shows were filmed.

It is worth noting that only when prompted to listen for the words “My Sweet Satan” before listening would listeners hear these words, every time. In this way, the brain was sorting out obscure sounds in a fresh and familiar scheme.