The Transgender Woman’s Speech Was Followed By Fake News 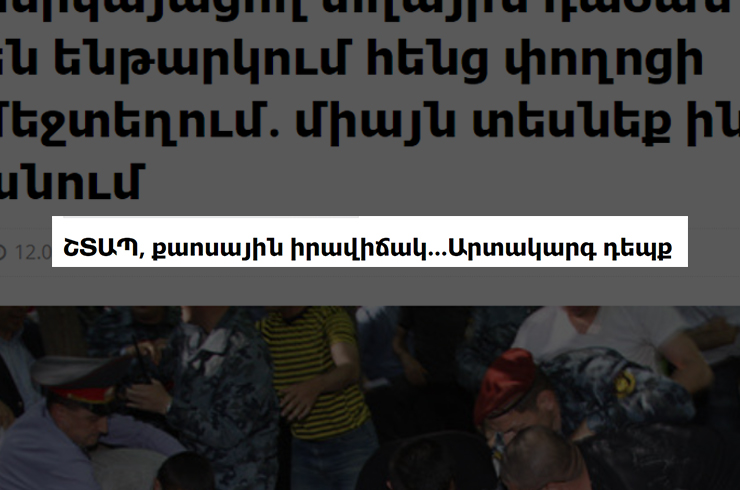 On April 5, for the first time in parliamentary hearings, a transgender woman delivered a speech from the podium of the National Assembly. A number of false stories followed the speech.

The topic of mushroom websites

The speech was followed by a heated debate on social networks, a demonstration took place in front of parliament. There were numerous death threats, many experts from different fields were invited to dozens of discussions, even a priest was placed on temporary leave.

Fake news spread in this information storm. For example, the HYNEWS2 website published information that “A boy presenting himself as a girl was brutally beaten in the middle of the street.” According to the view counter on the website, the material was viewed 4456 times (at the moment of writing this article).

HYNEWS2 is a mushroom site, meaning it’s not a news outlet, but a website that makes money with contextual advertising at the expense of views. Mushroom websites usually do not create their own content, and often spread fake and semi-true news.

An old photograph was used in the publication of the incident. Back in 2011, this photo was tied to an article regarding the violence against members of the Armenian National Congress.

Moreover, there was only a headline in the mushroom website, and in the place of the main article was a text from Wikipedia’s “Homosexuality” page. The material was also attached to Shabat.am news’ video about the burning of another transgender woman’s apartment in 2018.

The HYNEWS2 site tried to present the news of the case in 2018 as well on April 12 (1707 views) and 13 (367 views). There are no articles in either of these two publications, one repeated the same title twice, and there is an absence of text altogether in the other.

From April 7 to 14, the HYNEWS2 website had published about 20 posts regarding Lilit Martirosyan’s speeches.

Fake users also spread fake news. For example, user Yervand Erzrumyan posted on April 6 that he had received “serious” information that a gay pride parade will be held in Armenia this summer, and that it is “sponsored by state structures.” Erzrumyan did not provide any additional information, nor did he mention details about the news source.

Mamikon Hovsepyan, Executive Director of Pink NGO, which deals with the protection of LGBT people’s rights, called the information a “lie” in a conversation with Media.am. “Such provocation happens every year.”

News about a gay pride parade in Armenia is regularly circulated in the media. For example, “A1+” published such an assumption in 2013. In 2015, shame.am wrote about yet another gay parade.

Manipulative news about a gay pride parade keeps on appearing regularly in the media, and LGBT people’s rights are still the subject of speculations.