Anti-Islam Is Not Anti-Turkish 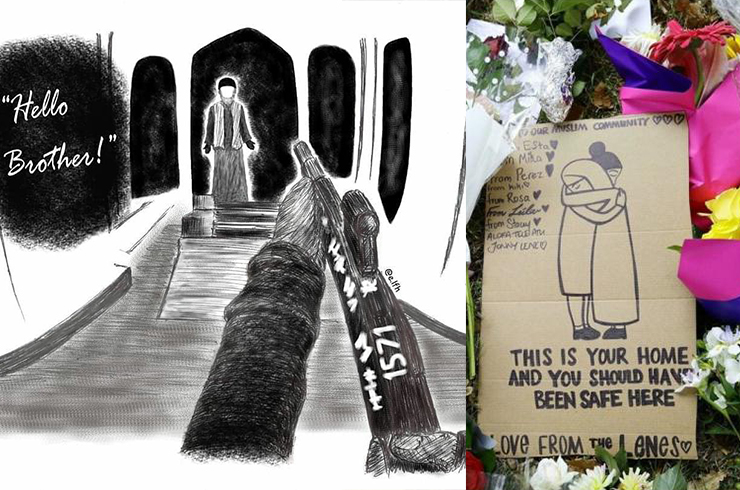 The terrorist attack in two mosques in the city of Christchurch, New Zealand has spread through the internet. 28-year-old Brenton Tarrant, broadcasted live on his Facebook account as he started to fire his gun at the Al Nour Mosque, the target of which was the people praying at that moment. As of March 17, 50 people were killed.

Three days before the broadcast a Twitter under the same name Brenton Tarrant had posted photos of weapons, which had writing all over them in different languages, including Armenian.

The posts and the conclusions of the Armenian media

Out of the 8 incidents that were present on the weapons as shown in the article, two of them (Josue Estebanes և Acre 1189) didn’t have Turkish or Ottoman contexts. However, this does not prevent the author from coming not to the hypothetical but solid conclusion that these posts were anti-Turkish.

This circumstance also does not prevent other Armenian websites, such as armtimes.com, newsinfo.am, and asekose.am to republish the same content.

Interestingly, Novosti Armenia had dug through the records but did not pay attention to the latest Tweet of the same user, his manifesto. Here, he talks about his ideas, incentive for his actions and his motivations.

The posts and the conclusions of the international media

In contrast to Novosti Armenia, international media have gone through Benton Tarrant’s latest tweets and analyzed the content of the manifesto.

For example, CNN writes that the manifesto comprising 87 pages had anti-Muslim and anti-immigrant content.

The Guardian also draws attention to the fact that in this manifesto, the author writes that his motivation is to encourage an “atmosphere of fear” and a “use of violence” against Muslims.

If we continue to explore other prominent media outlets, there is no mention of the anti-Turkish trail as well.

A more detailed analysis of the writings on the weapons and the contents of the manifesto are presented in the Bellingcat investigative platform. They call this incident “inspired terrorism.”

The platform writes that the author of the manifesto does not announce that he is a member of any extreme right-wing group, and denies being a neo-Nazi. Instead, he expresses his ideological sympathy towards several individuals who committed mass killings and declares that he had been in touch with Brevik and that the Norwegian manifesto was a source of true inspiration. By the way, Brevik, the man who was involved in a terrorist act in Oslo in 2011, does not accept the charges against him, saying that that was necessary in order to prevent the Islamization of Norway.

The British BBC writes that Brenton Tarrant started planning his attack in 2017 after a visit to Europe, he became angry about the growing number of migrants seeking asylum.

The BBC directed the readers’ attention to the manifesto title, The Great Replacement, and explains that this phrase originated in France and was used by European anti-immigrant extremists.

The authors did not see the anti-Turkish trail in any of the examples of published articles, instead, according to the press, there was a wider, anti-Muslim motive.