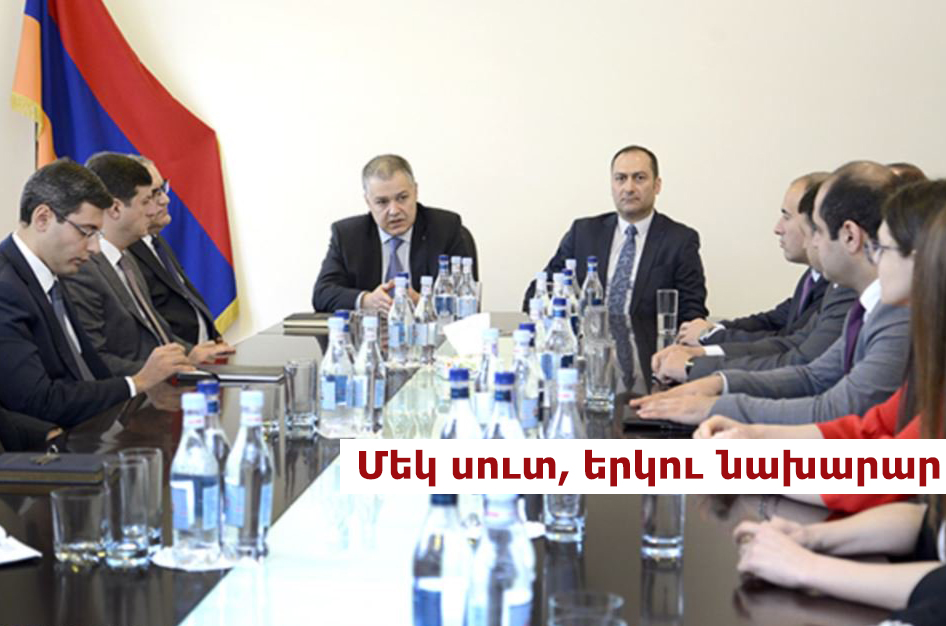 Livenews.am published the article “Preventing Propaganda of Perversion in Armenia Is A Crime: The Armenian Government’s Position” on March 7. The material, which contained fraudulent information, was then re-published by other sites as well.

The topic and subject matter are not new. The author of the article has published material on irate.am back in May 2018. It was dedicated to the activity of David Harutyunyan, former Minister of Justice. The few paragraphs of the old article have been slightly modified by the author and “adapted” to the current situation.

The context of the article

The article was published on the website Livenews.am, the director of which is married to the head of the National Security Party, Garnik Isaghulyan.

From 2004-2008 Isaghulyan was the President’s Adviser on National Security Affairs, and the Parliament Representative of the President to the National Assembly. In 2009-2012, Isaghulyan is an advisor to the permanent representation of Artsakh in Armenia.

The author of the article is Arthur Hovhannisyan, who according to Isaghulyan, is responsible for the website Livenews.am. Hovhannisyan’s articles are distinguished by their alarming rhetoric. For example, he authored “Pashinyan, Have You Gone Crazy? What Did You Say?” “The Time Has Come To Strike The Alarm Bells, Wake Up Sleeping Armenians,” “Coordinated War Against The Traditional Family and the Spiritual, National Value System,” and other texts.

The old article: “[…] Our Best Guys Fought For This Kind Of Armenia, And Sacrificed Their Lives.”

The article published in May was devoted to the news of Justice Minister Davit Harutyunyan’s re-appointment after the revolution, which did not correspond with reality.

At the beginning of the article, the author acknowledged that the news was not true, but continued to argue why Harutyunyan should not be appointed minister. In the end, the author questioned the official refutation of the president’s office. “Isn’t it a little incredible or even funny?” Hovhannisyan did not bring arguments backed by facts.

The objection against Davit Harutyunyan’s alleged appointment was based on the fact that in 2017, The Draft Amendments to the Criminal Code of the Republic of Armenia, which had been deposited in the e-draft system but was not adopted. Based on the 197th amendment to the article entitled “Discrimination,” the author commented on the interpretation of the law, which did not contradict the provisions contained in the law. In particular, he noted that the “hint of discrimination” of homosexuals in Armenia would soon be punished, as there is no word in the draft law.

New Article: “Did Some Of Our People Stand Up For This? Was The So-Called ‘Velvet Revolution’ Happen For This?…”

The opportunity to publish the information in the article published in March was based on a meeting of the Minister of Justice, Artak Zeynalyan, with the head of the Directorate General for Human Rights and Rule of Law of the Council of Europe, Christ Jiakomopulos. During the meeting, Zeynalyan noted that “important legislative initiatives, in particular the draft Criminal and Criminal Procedure Codes, are in process and being united by the Government and the Legislative Body, they will be adopted very quickly and will be implemented.”

Discussing this statement, Arthur Hovhannisyan writes, “Naturally, the question arises: Is the current government preparing to adopt the draft criminal code of Armenia, pursuant to Article 197 of the Criminal code … including other violations of perversion […], in the spirit and responsibility of the non-violent, Velvet Revolution in Armenia?” The author describes pervertedness using the term homosexuality.

Although the ministry’s statement did not contain any words in 2017 about the changes in the proposed and rejected Criminal Code, the author supposes that Zeynalyan speaks about that project.

The rejected proposal bill did not contain Hovhannisyan’s statement and claim.

The author of the article states, “We also emphasize that in the E-draft.am website, the draft Criminal Code of the Republic of Armenia (including Article 197), in that context, remains unchanged under the current authority, at the moment of writing these lines, and hence we have a full basis Considering that RA Minister of Justice Artak Zeynalyan ahs informed the above mentioned officials of the Council of Europe, or, in essence, promising that the draft Criminal and Criminal Procedure Codes are in process and, being united by the Government and the Legislature, and will be implemented, refers to the draft Criminal Code of the Republic of Armenia that has been published at the official website of E-draft.am at the moment.”

No laws are published in E-draft.am. It is a platform for public disclosure of legislative drafts. Ignoring this fact, the author builds a series of assumptions, claiming that the Minister of Justice has promised a number of officials of the Council of Europe to adopt the 2017 draft law, while it distorts official information and does not correspond to reality.

Often referring to the RA Constitution, Hovhannisyan dedicates his two publications to a draft provision that has not been adopted and does not function as a law of the Republic of Armenia. Consequently, the author and the journalist make misleading assumptions for the reader to follow.

Media.am touched upon the exploitation of the LGBT topic during times of political crisis.