The ECHR, Mayrapetyan and Pashinyan 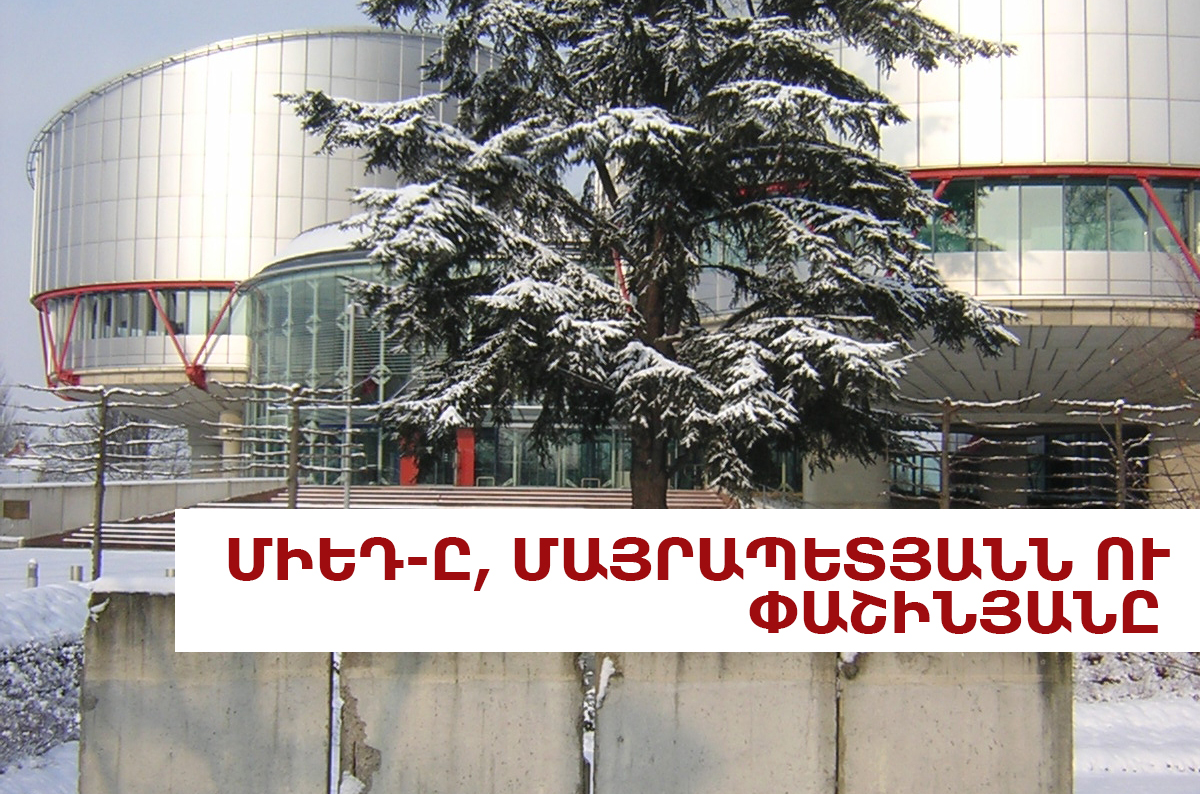 Prime Minister Nikol Pashinyan went live on Facebook on January 18 and had a conversation with a citizen about the changes in the government’s structure. At the end of the conversation, he touched upon the decision of the European Court of Human Rights in the case of Samvel Mayrapetyan.

Mr. Mayrapetyan, who was charged with assisting him in taking bribes, was arrested in autumn 2018. Around 3 months later, the court released him on a 30 million AMD bail, without returning his passport.

The motion filed by the defendant’s lawyer, regarding the return of the passport, was satisfied on January 8. However, he was not granted permission to travel overseas for the purposes of receiving medical treatments, “considering the probability that the latter would hide from the test,” said the SIS in their clarification.

During this period, Mr. Mayrapetyan appealed to the European Court of Human Rights and requested that  the Armenian authorities return his passport and grant permission to leave the country immediately for treatment in a medical facility in the Federal Republic of Germany.

What did the ECHR say?

On January 25, the preliminary investigation body allowed Mr. Mayrapetyan to travel abroad. Failure of the State to implement the measures set out in Rule 39 could lead to a violation of Article 34 of the European Convention on Human Rights.

This decision became a subject of discussion. The Prime Minister also touched upon the issue saying, I do not want to make any comments, simply to state the statistics.”

Prime Minister Pashinyan brings the number of decisions made by the ECHR making the same point towards “legal, well organized” countries with “the most highly regarded human rights defenders,” which inf act are true.

The ECHR statistics show that yes, such a decision has been made:

The document does not have statistics from 2015, however, it is available from the data stored in Google Cache. 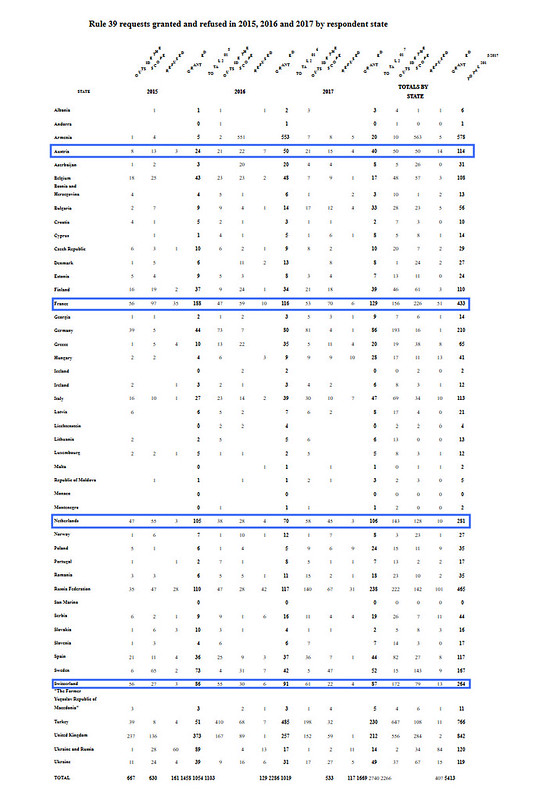 “These are just court disputes. It’s ridiculous that political conclusions are being made from them. It’s another form of manipulation, no matter how unpleasant it is for some, and some, being the masters of this or that news resource, simply use the words and phrases in order to make a big impression,” said Pashinyan.

To have a deeper and more comprehensive understanding of the situation, let’s pay attention to the remaining data presented in these statistics and see what the impression is.

Between 2016 and 2018, 579 applications had been filed from Armenia to the ECHR for the interim measure, of which 562 had been rejected, 12 had been considered outside the ECHR jurisdiction, and 5 had been satisfied. More precisely, the ECHR satisfied only 5 of the 479 similar applications as that which was submitted on the same grounds of Mr. Mayrapetyan were satisfied.

Nikol Pashinyan has presented real statistics. At the same time, the Prime Minister spoke about the “same exact decision” made by the ECHR towards other countries, but only partially spoke about the situation. He didn’t talk about the fact that within the last 3 years, only 0.9% of Armenia’s applications warranted an interim measure by the ECHR. That is, in less than 100 cases. This is an argument that Mr. Mayrapetyan’s case was really problematic and not “just a court dispute.”