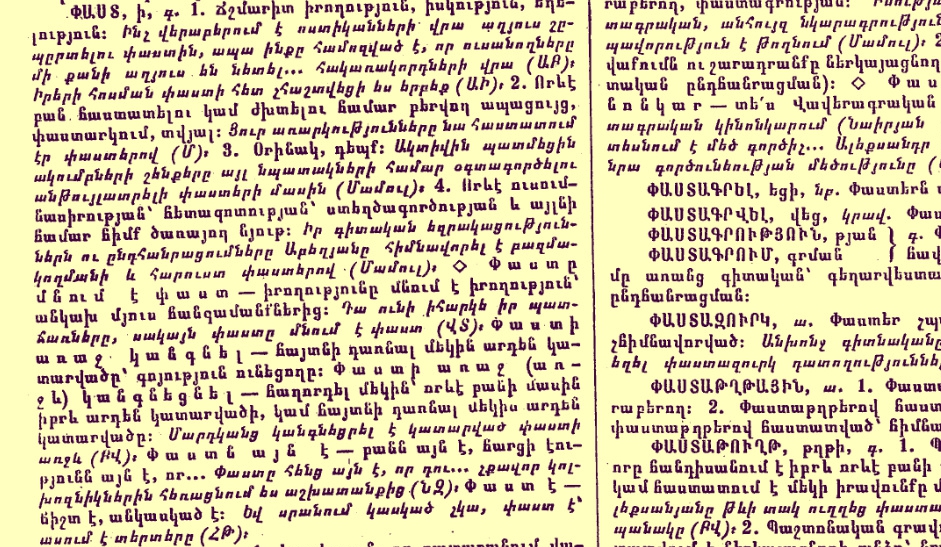 In Armenia, specializing in the art of fact-checking is the website Sut.am, founded by the NGO Union of Informed Citizens.

“For years, we’ve been encountering lies made to the public, which need to be exposed. In the past, we would refute them with the help of our colleague media outlets, but then we realized that the time to create our own platform has come,” says website coordinator Daniel Ioannisyan.

There are instances when checking a fact takes days, even months. Especially when it is necessary to send inquiries or study and check on site.

“Sometimes it takes a long time; you lose the topic’s state of being current, public interest, or it definitely decreases, but you have no other option because you have to be careful and not suddenly publish a lie yourself,” says Ioannisyan.

The fact-checking team in Armenia sometimes encounters complications connected to legislation. “Often it’s not possible to determine which company in reality belongs to whom. For revelations in the area of corruption, this is a very important tool, for not only us, but also law enforcement agencies.”

For example, a problem may arise in the energy sector where a lot of information is considered a trade secret.

“For example, to date we haven’t been able to check whether Iran offered Armenia [natural] gas at a favorable price or not? There are differing opinions; it’s impossible to find out the truth. The issue is legislative. They are making use of the opportunity afforded by law,” says Ioannisyan, adding that the organization has 7–8 court cases on the non-provision or incomplete provision of information.

If necessary, Sut.am supplements already published news stories. Ioannisyan does not rule out the fact that they too make mistakes.

This is what happened in the case of the article “Government and Razm.info Publish “Classified” Information (updated).” It was supplemented upon Razm.info’s insistence.

“Of course after that case, we reviewed our approaches and decided to be much more strict with ourselves, but the main principle remains that we don’t lie suddenly. And though in this case basically we hadn’t lied, the reader may have been left with the wrong impression of Razm.info, which was disagreeable for us,” says Ioannisyan.

The editorial team has set a principle for itself: there’s no lie they don’t address — whether it be made public by the ruling authorities, the opposition, or civil society.

“Once even I managed to spread a lie related to the EU enlargement policy commissioner’s statement, which I misunderstood and gave the media wrong comments, which Sut.am likewise published.”

Ioannisyan noticed that in recent years officials avoid divulging figures. Serzh Sargsyan, especially, has become much more careful in analyses and promises. “In the past, he loved publicizing different numbers on the economy; now he publicizes numbers less, and when he does, he does so very carefully. Now it’s become much harder to catch Serzh Sargsyan on a lie.”

The website uncovers not only wrong information, but also manipulation. “Sometimes a topic has one positive and 10 negative aspects. And presented to the public is only that one positive thing. In the direct sense, it’s not a lie, but we cover also those cases in our ‘Not a lie, but…’ section,” says Ioannisyan.

Also incorporating the use of videos is another fact-checking project: Lragir.am’s Fact checking. Here there are thematic satirical videos.

Coordinator of the fact-checking project on the website Naira Hayrumyan says they choose two topics a month and try to verify whether the official data correspond to reality. They produce satirical videos on the same topics.

Fact-checking is itself a good thing, but another issue worries Hayrumyan. “I as a citizen would want to see the continuation of checking facts. Let’s assume that it was discovered that an official lied, then what? Does that person bear any responsibility for this? After all, that lie usually affects people’s expectations or building plans.

“In some countries there’s an honor code. Say, if an official lies and this is revealed, he considers it his duty to either resign or at least apologize, but this doesn’t exist in Armenia. There also isn’t legal regulation or where to go to appeal that an official told a lie. A lie as a legal category doesn’t exist; there is defamation, but if it’s simply a lie, how to sue? If these issues are not regulated, fact-checking by and large is meaningless because it has no continuation,” says the journalist.