How a Hashtag Becomes a Tool for Spreading False Rumors: The Case of #SaveKessab 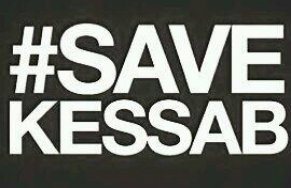 The Twitter hashtag campaign #SaveKessab strives to draw the world’s attention to the plight of Armenians in Kessab, a region in northwestern Syria close to the Turkish border.

On the morning of March 21, Syrian rebels invaded Kessab and local Armenians were forced to flee with many escaping to nearby Latakia. Kessab Armenians still hope to return to their homes. The world is watching the development of events in this part of the war-torn country, and it seems that the hashtag #SaveKessab aimed to draw attention to the part of these events that concerned Armenians in particular.

The #SaveKessab campaign gradually gathered momentum mainly on Twitter, Facebook, and Instagram. Joining the campaign [AM] were famous football players Henrikh Mkhitaryan and Yura Movsisyan. Probably the world’s most famous Armenian-American, Kim Kardashian, also lent her support to the campaign.

Some of the Armenians living in Kessab migrated to Syria during the Armenian Genocide of 1915. Comparisons with the incidents of 1915 and that, according to various sources, the Syrian rebels seized Kessab from Turkey became an occasion for the #ArmenianGenocide hashtag to be included alongside the #SaveKessab hashtag. Moreover, these parallels played a dominant role in the social media campaign. And it turns out that there is an equal sign placed between the false news about Armenian deaths in Kessab and the 1915 Genocide. American-Armenian journalist Liana Aghajanian accurately assessed the situation in the following tweet:

Use of unverified sources, false photos clearly from different time/country/movies(!) and misuse of word ‘genocide’ are all doing harm.

Liana noticed rather correctly that fake videos especially (with the hashtag #SaveKessab) spread quickly and with great persistence: images of mass executions that have nothing to do with Kessab (the fake video was disseminated by the Russian news site LifeNews, but the original video was uploaded on YouTube on March 20, prior to the attack on Kessab) and videos prepared from clips of feature films.

Those disseminating this type of false information are often ordinary users who simply want to use social media to show their patriotism or to help resolve the Kessab Armenians’ problem however way they can.

The problem is that information from Kessab, as such, is very scarce. There is practically no first-hand information. And when there’s no information, it’s quite easy to replace it with misinformation.

False information, photos and videos spread quickly, since users simply don’t spend any time to verify them. Even newsrooms make mistakes and without checking the facts use fake content shared on social media. And #SaveKessab is no exception.

The solution to the issue for journalists is to apply mechanisms to check information obtained from social media. A highly apt handbook is already available online. It’s applicable also for ordinary users if they spend a few minutes to verify the information before clicking share, like, or retweet.