Research: People Are Interested in Pension Reforms The Most 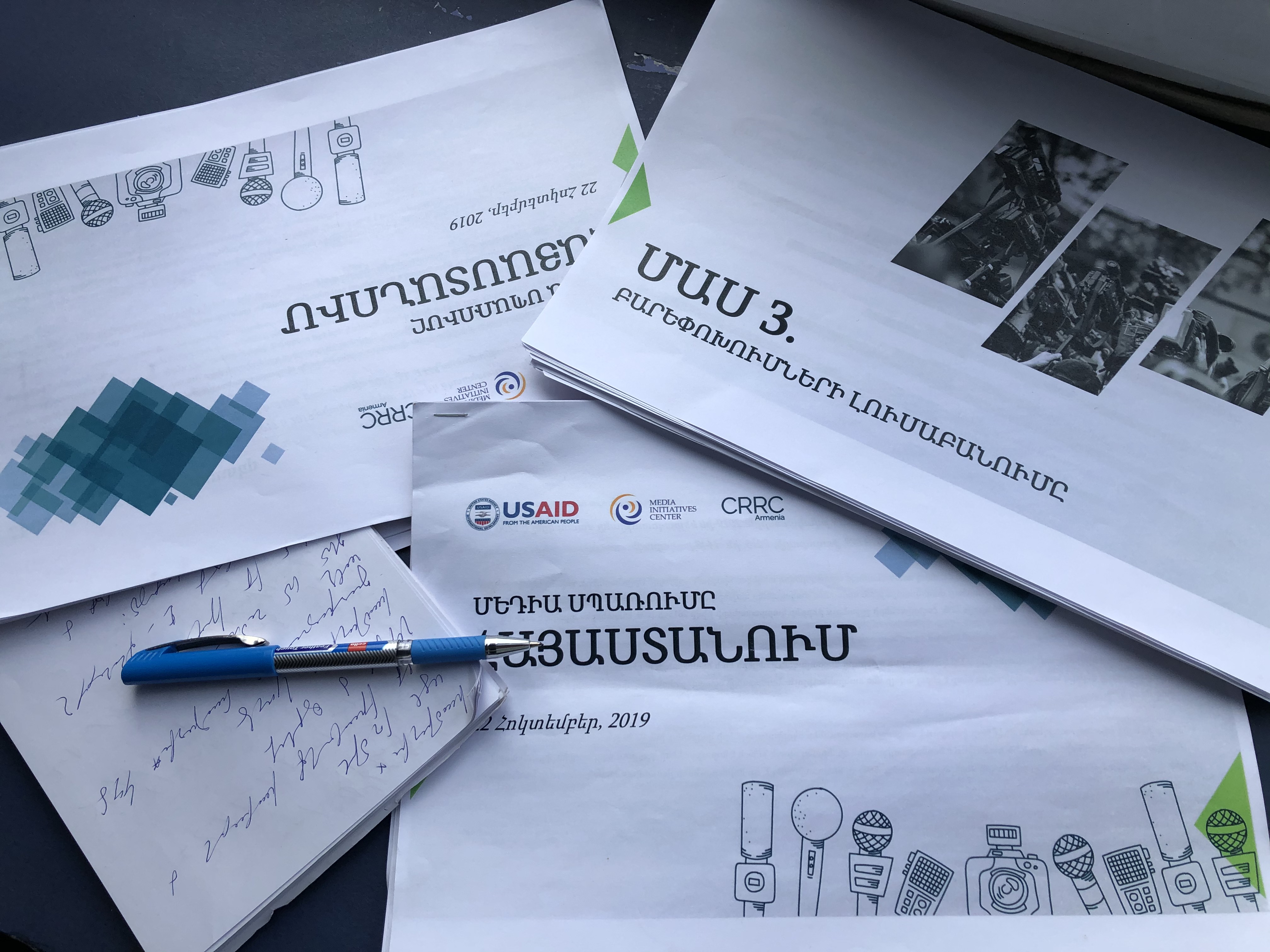 Citizens of Armenia are generally aware of the ongoing reforms in the country. One of the areas of new media consumption research is the coverage of reforms. The survey summarizes the results of surveys conducted in 2015, 2017, 2019.

The 1,200 citizens surveyed in Yerevan and in the regions are most aware of the process of community enlargement and of the pension system.

They are aware of the transparency and accountability of the government, as well as reforms in the child protection system.

Survey respondents are mainly interested in reforms of the pension system, child protection, transparency of governance and community outreach. 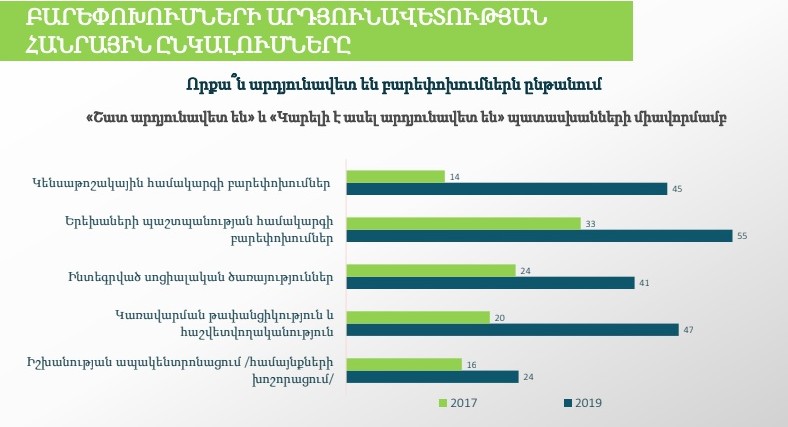 The most effective reforms, according to the survey results, are reforms of the child protection system and the transparency and accountability of the government.

Compared to 2017, 2019 polls show that pension reforms are the most effective.

Citizens of Armenia in all three years of surveys have emphasized the importance of media publications on reforms. 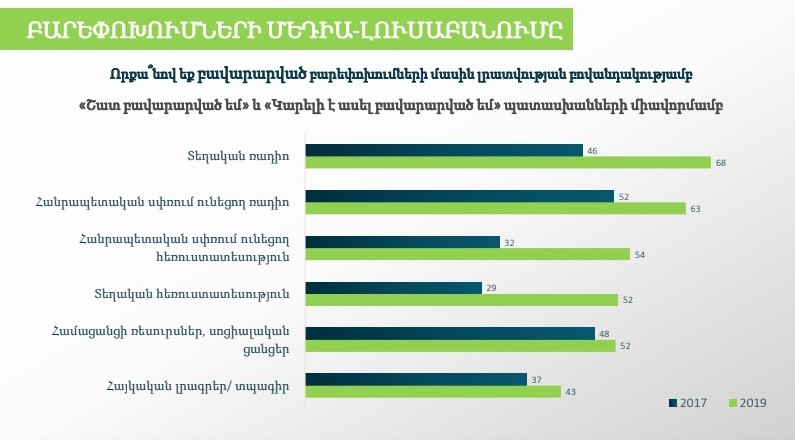 They want the media to inform them about the implementation of reforms, their impact on the citizens, the opinions regarding the reforms of various political forces, and target groups.

People are most aware of the reforms by following state television, Internet resources and local television.

In general, people are most satisfied with the work done on the radio, television, internet resources, social networks. They were least satisfied with print media. The same image existed in 2017.