Journalists on Shortcomings in Open Data 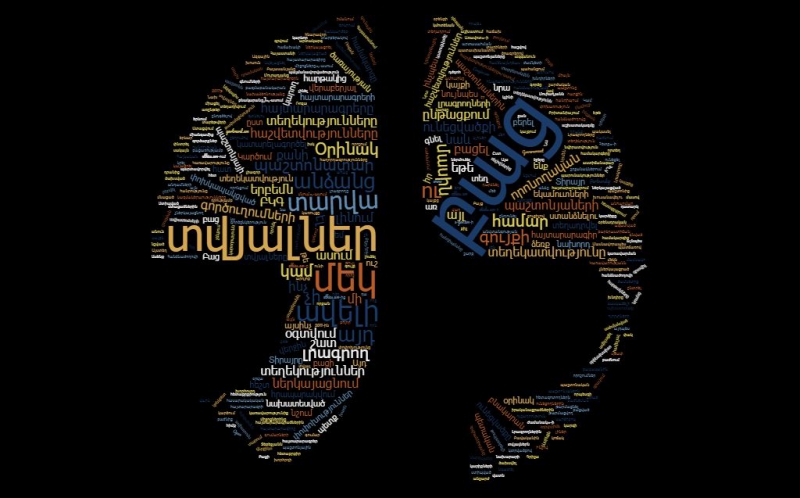 Open data is gradually becoming more in demand in Armenia. Journalists, researchers, and NGOs are demanding transparency from the government.

In 2011, the Armenian government joined the Open Government Partnership (OGP) and was required to open the data of several sectors, as well as improve the platforms where earlier open data was published.

The OGP program plans to improve ethics.am, the electronic system of declarations of senior officials’ property, income, and affiliated persons.

Hetq.am journalist Grisha Balasanyan often makes use of ethics.am and says that the site is very badly structured and old. “In particular, the search functions are weak and few. For example, it’s not possible to choose information or search using options other than first and last name or title. Or, to search for those who declare expensive property, shareholders, those who had transactions that year, those who received donations, loans or credit, and so on. In this regard, the work of journalists is rather difficult. We are forced to open the declarations one by one and check.”

In his opinion, the site must be made more attractive and the updated information brought to the fore. Add features, and update the information more often. “For example, import an additional button to find officials who didn’t submit a declaration. Currently, we are forced to open the pages one by one in order to see whether declarations of all the years are submitted. In addition, in 2017, only one decision of the Commission was published on the site. It turns out that the Commission made no decisions over the course of a year,” says the journalist.

The journalist noticed that sometimes officials submit declarations past the deadline. “For example, Ambassador Extraordinary and Plenipotentiary of the Republic of Armenia to the United Kingdom Armen Sarkissian submitted several years’ declarations at once. I think, the declarations of officials who submitted a declaration deviating from the term prescribed by law should be differentiated, for example, by color or another indicator. First, it attracts attention this way and officials will approach the matter more seriously and responsibly; moreover, it will be easy to distinguish officials who transgress.”

In his opinion, information about possessions is provided within the permitted limitations of the law, and sometimes there are officials’ declarations that are published quite late.

“I think, if some information is not published, it is because of legislative issues. For example, on the day of assuming office, the official submits all her possessions, while her husband is released from this [obligation]; he presents his income of the past year (if he has 20 apartments, but in the last year he purchased an additional one, in the declaration he notes that he acquired a unit in a multi-story building and the remaining 20 apartments don’t appear),” says Tirayr.

Lragir.am journalist Roza Hovhannisyan likewise uses ethics.am. According to her, the current procedure of completing officials’ property and assets declarations leaves room for officials to maneuver. “In any case, a number of important information for the public remain closed,” she says, emphasizing that questionable are information about moveable and immoveable property (real estate), as well as about monetary assets.

“The Commission’s staff recommends to accept as a basis the official’s declaration on assuming office in which information about property is listed. But as for what changes happen during the year in terms of the officials’ properties, the public doesn’t know,” says Roza.

Aravot journalist Hripsime Jebejyan also believes that the information on ethics.am is confusing, according to years and affiliated persons. “Journalists, as a rule, are interested in what has changed in a given official’s possessions, abilities. Our job would be fairly easy if we could see the change compared to the previous declaration or the previous year, how much the means increased or decreased,” says Hripsime, adding that the search function doesn’t work well.

Tirayr Muradyan also uses the reports section of another platform launched upon OGP’s instruction, www.e-gov.am. Published here are reports of officials’ business trips abroad; however, there is no information about the money spent on these trips.

“These reports, by and large, are contents of no interest. For example, written is that [the official] met with such minister in such country. If, for example, there was information on what specific arrangement was reached at that meeting, that could’ve been interesting. That is, the business trips reports are emptier than official press releases. Press releases are sometimes more verbose than these reports,” says Tirayr.

This problem may be partly solved by govtravel.am. Its reports section contains information on airplane tickets purchased on the given platform within the scope of public procurement: which state agency purchased airline tickets when, how many, and what type (except for the council members and needs of the National Security Service), and how much money was spent.