“If the media that serves the oligarchs does not hire a journalist, that is a gift” 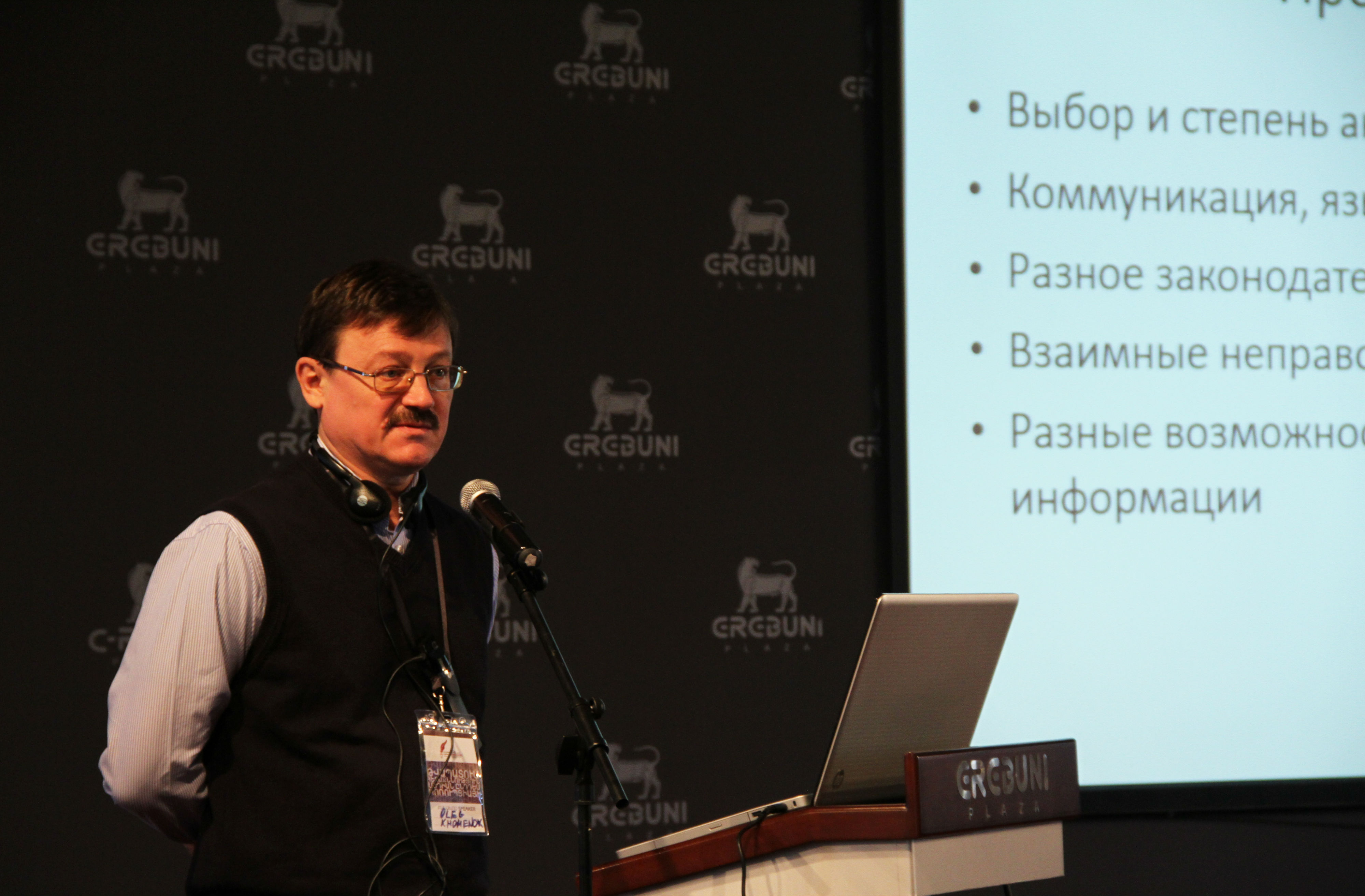 During the “Tvapatum Investigation: Media Against Corruption” conference, Senior Media Advisor of “Internews Network”, Global Investigative Journalism Network (GIJN) Board of Directors member Oleg Khomenok presented the Ukrainian experience and the helpful tools, which are essential for investigative journalists.

Oleg Khomenok answered the questions about the internal freedom of journalists and ethics with an anecdote: “A man offers a woman one million dollars in return for spending the night together. The woman agrees, and the man asks, how about for five dollars? “Who do you take me for?” says the woman, angered. “We have already clarified who I take you for, now let’s agree on the price.” I usually tell journalists, if you have agreed to serve the oligarchs, the question, of who you are, is already not relevant. It is also worth remembering, that regardless if it is your first profession, or your second, as the years pass you only cheapen.”

Oleg Khomenok states that many Ukrainian journalists are moving away from assembly-like ‘cozy’ jobs and prefer to conduct independent investigations.

But have you ever counted how many journalists are in Armenia? The Union of Journalists of Ukraine states that it has 15 thousand members (the entire population is 45 million). And that is roughly half of the people working in the media industry. And it is pointless to speak about solidarity.

In our work the most important element is trust. Journalists who trust each other, for example, rallied around “YanukovychLeaks”. They found strength and deliberately gave up their own investigation in favor of the common good.

Journalists are generally ambitious people and are always competing to see who will write first. And in the case of “YanukovychLeaks,” when a large amount of documents was discovered, there was a battle, to give into temptation and begin to publish the materials, or from the beginning save them and publicize?

The desire of publicizing won.

In a way, that was also a guarantee of safety, because when the documents were published, we were able to be certain, that nothing terrible would happen to us. Risk appears during the time when the journalist “sits” on their discovered information and the only option to get rid of the documents becomes the elimination of the journalist. 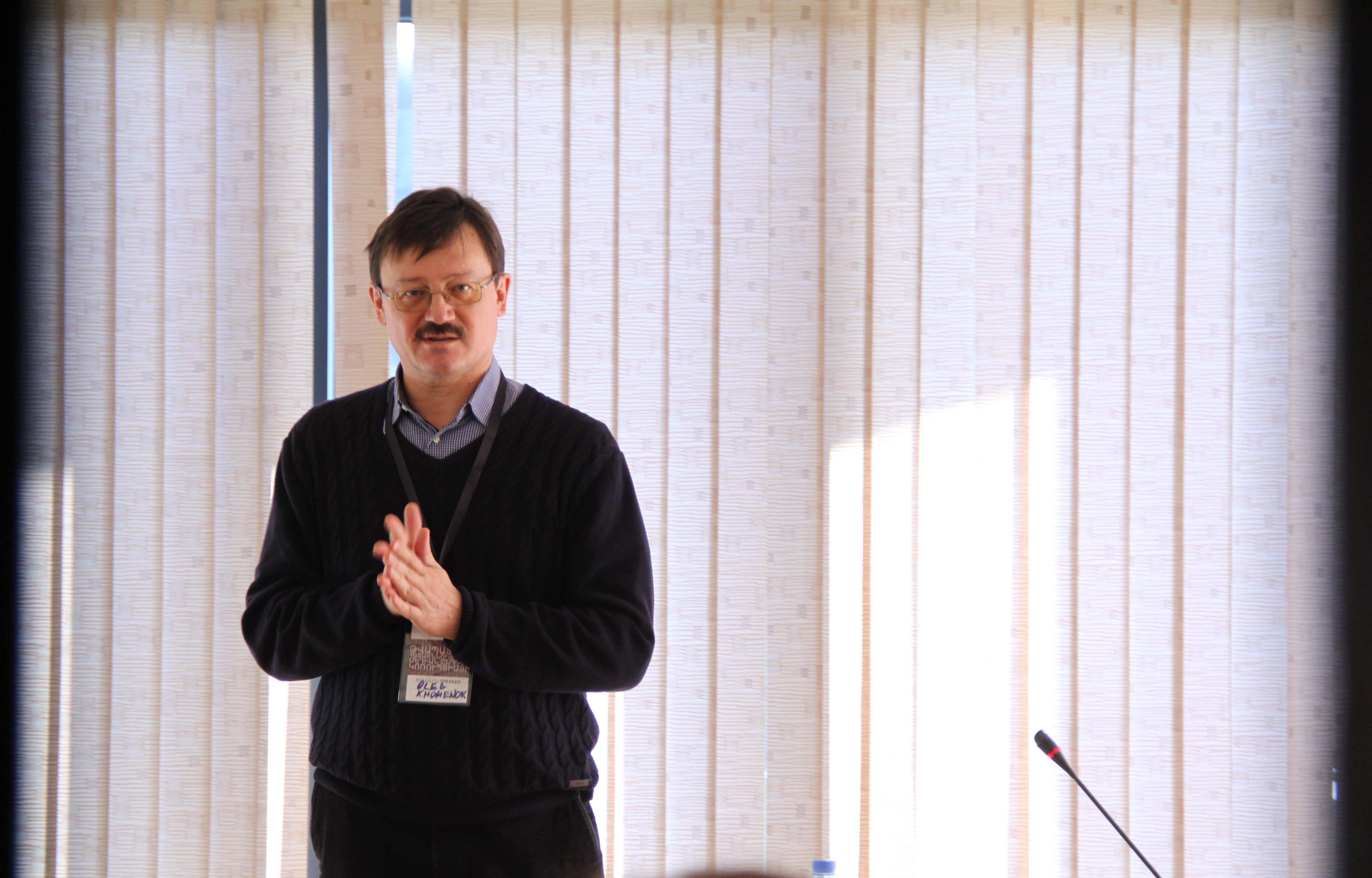 Recently published research documented that the majority of Armenia’s population does not see a point in fighting against corruption. The impression is that the situation in Ukraine is better, it was carrying out investigations, initiating judicial proceedings.

In Ukraine it is also like that. It is correct to say that the revelations of corruption cases are not the issue of journalism, but the public’s desire to make changes. In all cases changes are made by the public, and journalists only have the role of a catalyst.

People perceive corruption as a normal phenomenon until that time when it begins to hit their pockets directly. Moreover, it can be both domestic bribery cases and state-level abuse, when it becomes obvious how one group of people are appropriating state money.

And in this situation the media’s function is not to take the bribe-taker by the hand and send them to prison, but to contribute to the change in public consciousness. By reading journalistic investigations, people must accept that everything is in their hands, because the stolen money belongs to them.

It is frustrating for our journalists that their investigations will not achieve their result.

It is necessary to use strength and continue to work consistently. In Armenia there is “Hetq,” which is not insignificant. For us a few years ago only one medium was engaged in serious investigative journalism.

In reality, journalists are standing in front of a wall that resists. Even if investigative journalists do not achieve visible results, they still must continue to do their work and speak about what is happening in reality.

Our role is to tell, and when it comes to who they punished, put in jail and whose belongings they confiscated, that is secondary. That is not our fight.

The journalist’s motivation is not personal, but rather socially beneficial work. Changes always take place in the minds of people in the beginning and never fall from the air like a gift.

And do not allow the illusion to be established that in Ukraine every thing is very good. We have 700 TV channels, among which there are no independent channels. In other words, almost all are facing various parties, oligarchs, political and financial groups.

And approximately 10-20 journalists are engaged in serious investigative journalism. But now the institutionalization process has begun, based on investigative centers, which have the status of NGO and unite those people, who are sick and tired of the oligarchic media work.

Many are simply fed up. And when the editor-in-chief says what they will write about and what they won’t, they basically spit on that work and got away from it. At first, several journalists left and in big cities opened information agencies and engaged in investigations. We have approximately 10 centers in Ukraine similar to your “Hetq.” 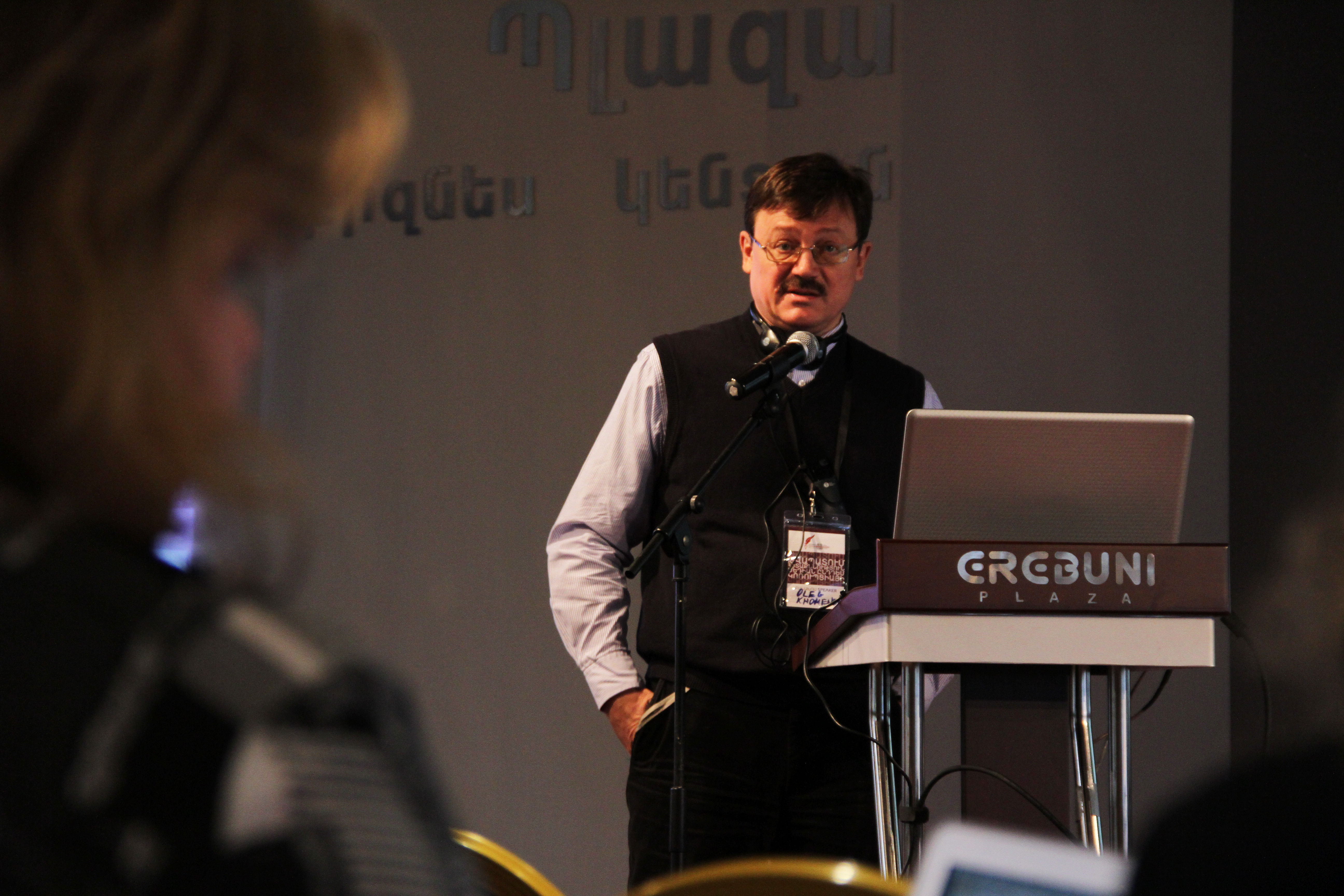 It is unpleasant, but in order to reject work that brings money, a will is necessary.

Of course, it is necessary. But what else can be done? Sitting, waiting for it to become good one day? That won’t happen…

The public is waiting, for the government to make changes, same with the journalists, but how much can we wait? In the end, some of the Ukrainian journalists left, understanding that they will lose money, but they were no longer able to stay. Professional and competent people will always find work, it is not the case that a good journalist is unemployed for a long time.

It is debateable, because Armenian journalists are scared to appear on the blacklists of various media outlets.

Of course, Ukraine is bigger than Armenia, but do not forget that there are international media outlets, that definitely do not have blacklists. And if what you are referring to are the blacklists of the media that serve the oligarchs, then the journalists should only be thankful. That is like receiving a medal. For example, I am persona non grata in Russia and Belarus, and my entry in those countries is banned for five years. I want to say that if that media’s staff does not take you, which is using you, that is a gift in reality.

I think that the landscape of Armenia’s media differs very little from that of Ukraine’s. The issues are the same.

And the dangers? We, for example, are unhappy that the noise of information is too much.

People move away from television and stop viewing it as a primary source to receive information. To a great extent, the audience’s attention and the war waged for control has moved to the internet.

As a result, the trust of media and journalism is shaken. And those information wars, which we are witnesses to worldwide, are not initiated by the media. Moreover, the goal of the information wars is to discredit the media, to show that the media is not a professional bearer of information.

In this large flow of information, it is difficult to distinguish which is good, which is bad. It is similar to a huge river, in which dung and apples fallen from a tree are swimming side-by-side. And that question, of what you will catch (dung, or apple?) first of all depends on the awareness of what you want to catch.

Until this is comprehended, you will say that there is nothing good in the river. Or, that the river is guilty.