“The information in state agency databases is quite entangled” 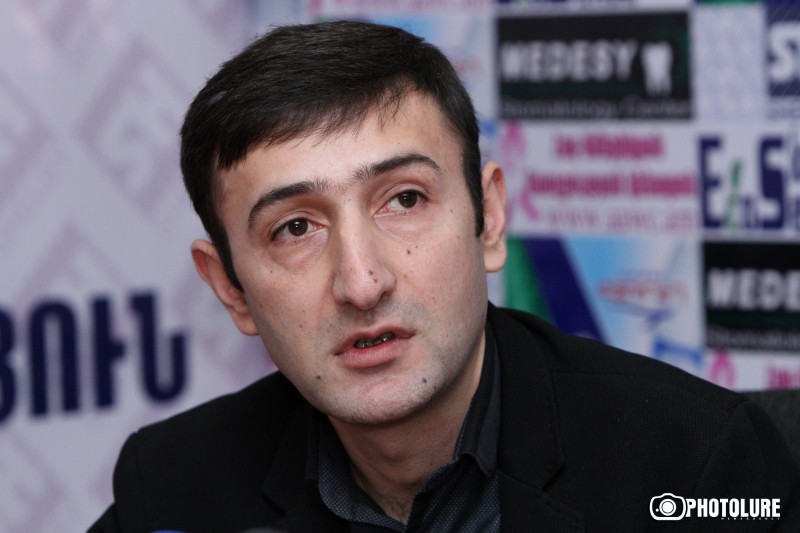 The fight against corruption announced by the government didn’t inspire confidence from the outset.

Previously, the media would raise the issue and get the response that there’s no problem, everything is good, you journalists have misunderstood. But now they say, yes, there are problems, let’s discuss them and solve them together. But when we point to specific incidents and problems, they try to prove that there’s no such problem.

The state urged the media to dialogue (to alert, make suggestions and provide comments), and we published a package of seven suggestions, which actually required simple actions. For instance, more details in the list of major taxpayers, transparency of information about major importers, and so on.

Also an important point was the real business owners being public or at least access to information on the persons officially registered as the owners. Now we’re forced to pay to know the names of limited liability company owners, and information on joint stock company owners is completely closed. In the automated age, information must be open so journalists can investigate it.

As far as I know, those suggestions were discussed by the relevant bodies and some of them even approved, but no subsequent action has been taken.

All the state agencies have their databases, but in reality information here is extremely entangled. That is to say, you have to clearly know where the required document is located; otherwise, you won’t find it.

Sometimes there’s the impression that information is deliberately a mess, fragmented and stuffed into different websites, in their deepest corners, so that it’s hard to find.

You see that the document formats are not compatible and often the keywords don’t work. Or, it turns out that the information is published in an unsearchable format.

The technological obstacles actually complicate our job a lot and even destroy it. If the state truly wants to open the field and make it transparent, it must do it so that the search and provision of information is as simple as possible.

Of course, it’s also disheartening that the reports published by the media don’t yield a response.

For example, we see that an official’s or MP’s property declaration states that at the start and end of the year he had zero income, during the year he received only his civil servant’s salary, and in the same year acquired a car worth 100,000 EUR. And that acquisition is not framed as a donation — so he purchased it. But how? Through what means?

As a rule, they don’t answer us or they send vague and incomplete answers.

One of the most vivid examples is connected to the energy sector. Two years ago, the Russian side raised the price of natural gas for Armenia, and the officials were keeping that information private. The funniest thing was the gas price hike was evident from customs data, but both my and my colleagues’ questions and media reports on this topic were ignored or they announced that there’s no such thing and negotiations are underway.

Then it became known that because of the gas price hike Armenia amassed a $300 million debt to the Russian side, for which we surrendered Armenia’s 20% share in ArmRosGazprom to Gazprom. And for that, perhaps to mislead the public, no one provided an answer.

Not only did no one answer for this, but also the same is happening today: being discussed is Yerevan Thermal Power Plant’s debt to Gazprom Armenia.

The Yerevan TPP has tens of millions of dollars of accumulated debt for gas. One of the reasons is that the Yerevan TPP provided a $30–40 million loan, $13.5 million in electricity to Nairit Plant, which is on the road to bankruptcy. That is to say, it threw away the money. And it’s not known who made this decision and placed the system before the threat of collapse.

And when the Minister of Energy and Natural Resources is asked about the reasons for the debt and the guilty, he says: “I’m only the energy minister, direct your question to the appropriate authorities.”

And again no one gives an answer for these reckless decisions, as a result of which we not only enter into additional debt, but also concede our last crumbs of assets to the Russian company.

Journalism investigations remain fruitless. Even the opposite: we see that when any accusation or doubt is cast against an official, he is released from the system and a short while later offered another position.

In this situation the journalist loses the desire, motivation, and meaning to do his job. You think: we uncovered it, wrote about it, but then…?

From abroad, from international institutions, millions of dollars are sent to fight corruption in Armenia. They mainly enhance the legislation, the mechanisms. But when the money is given to those persons who are soaked in corruption (or, as they say, the public perception is like that), when leading the fight against corruption are corrupt officials, it’s ludicrous to talk about a fight.

Also the media industry itself has a lot of problems and alongside addressing problems of the ruling authorities, it also has to think about that.

What’s important is the financial independence of media outlets, the lack of which constrains a lot. Media outlets are unable to be self-sustainable through advertising revenues, since businessmen aren’t ready, and in many cases are afraid to place an ad in opposition media.

The road to media outlets’ financial independence, unfortunately, is only through foreign grants, which is definitely not accepted in Armenia. So media outlets’ opportunities are very limited.

There is also another problem: in Armenia, news websites or rather, those acting as news websites have increased enormously. I did a quick calculation and discovered that 80 websites today work as media outlets in the Armenian domain.

Moreover, recently, media outlets with the .ru domain (lrahos.ru, surlur.ru, and so on) have increased, which supposedly publish sensational news, but in reality are advertising and clickbait sites. The bar has fallen so low that the headlines are written in Armenian, while the news stories are left in Russian. That is, they take the text from a Russian source and are too lazy to even translate it.

The following practice has also spread: when a media outlet doesn’t want to disseminate information on its behalf, it creates a fake profile on social media, writes what it wants there and then republishes it in its media outlet, thereby deflecting responsibility from itself.

The result is that public trust in the media today has declined unprecedentedly and almost become equal to the level of trust in the ruling authorities. But the most important factor in fighting corruption and other phenomena is trust itself.

There’s also the issue of personnel. For instance, the number of journalists is high, but finding a quality economic journalist today is quite difficult. Few delve deep into economic journalism because it’s hard work, thankless even, and the readers are few. Often there are no sensational stories from which the writer becomes well-known at once.

But actually, a serious and substantiated, even somewhat difficult-to-read economic piece is more important than any reports of the clothes of an official’s wife, which flood the news.

For this reason, the important things sometimes get lost. It’s possible that an extremely important draft law is discussed in parliament, but the main topic of a given day’s news becomes an MP’s lewd remarks in the corridor because the journalist gives it more weight (or doesn’t understand the topic).

When we launched our site, b4b.am, we wanted the economic and business news to be presented in language accessible to everyone. From day one, we knew that we wouldn’t have a lot of readers. We’re confident that working for a small, but the right audience is better.

We also have a closed, paid section where we collect and process the necessary data and present it in a systematic and convenient way for the business world and experts. B4B means “business for business.” That is the main source of our funding. We don’t have sponsors from the political wing or from oligarchs, and we don’t receive grants. We sell the quality product we make and we do so transparently.

Because if you are demanding honesty and transparency from others, you too have to work like that. It’s hard to work this way, but it’s not impossible.