Public Radio Wants To Branch Out And Also Become Visible 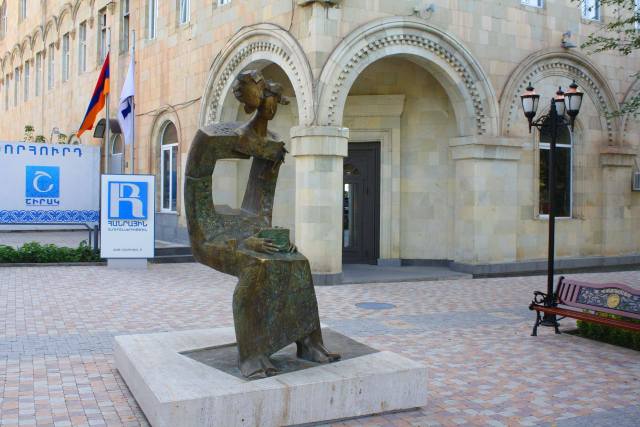 Public Radio of Armenia intends to become more cohesive and present its newly produced content and archived materials collected over the years through separate streams.

It is planned to perform four key divisions and broadcast the radio productions on various channels for children’s, cultural, ethnographic and “Golden Fund.”

Public Radio has applied to the NRC to receive four FM frequency channels to deliver large-scale and diverse broadcasts in a more targeted manner.

Garegin Khumaryan, the new executive director of Public Radio, says the need to launch new channels arose when polls showed the audience was expecting two major things from the radio: news and music.

“There are some really good radio shows, which however have a low internal rating and are marginalized as they are on the same channel as the news. In terms of formats, these programs are mutually exclusive. Both in terms of content and in art, they need to be divided because they do not live in the same place.”

For example, the children’s programs will be transformed into Arevik children’s radio station, which will be directed to children and the parent community.

Attempts to create a cultural channel are failing in many countries, as trying to imagine it in one separate area has inevitably narrowed it.

According to Garegin Khumaryan, it’s because we have treated culture as a museum, where we go and at best see the dust on the specimens have been wiped.

“We will try to show the studio, the inside. That part of our culture that has not been emphasized must return to our daily lives. For example, songs. Although culture is a part of speech, it plays a role, because culture is a process. When we get out of the process and talk about culture as something that has already happened, we get a museum.”

The Television and Radio Commission, however, has reservations about providing four new channels at once. As you know Public Radio also has two other public broadcasting stations besides the main channel: My Radio and Vem.

The former has long been a commercial entity, broadcasting only music and advertising, and now it is youth-oriented. The situation with Vem is even more obscure as it, being a spiritual-cultural station, is out of the Public Radio settings.

There are 12 radio channels working in Yerevan, three of which belong to the Public Broadcaster. The CTR considers this to be a conceptual issue of broadcasting policy, especially given the fact that Public Radio, unlike Public Television, has the right to place advertisements.

According to the president of the CTR Tigran Hakobyan, the media field in Yerevan is saturated with channels, while there are no local radio stations in the regions and there is a need to balance the field.

And if seven of Yerevan’s 12 radio stations become public, there will inevitably be a break in the segment of private channels that reach the advertising market.

Public Radio recently commissioned a detailed study to find out the opinions of radio listeners. The data will help you understand the expectations of the audience.

According to Garegin Khumaryan, nowadays Public Radio’s daily listeners are about 80-100 thousand.

“In areas where we are in a competitive arena, that is to say, other stations exist, we are not in the first place by any means, we are the fourth or the fifth. And in areas where only Public Radio broadcasts, we are island champions,” he said.

The fact that the amount allocated to the radio is small and does not meet the requirements of new momentum and quality projects has usually been a point of dissatisfaction.

Garegin Khumaryan strongly opposes this statement. “The money is not too little, I can even say it is a lot. Our budget is 950 million AMD a year, which I think is comparable to the average TV company budget. And that’s not counting the very large, symbolic advertising flows. Radio has no budget problem.”

“The radio building is a fantastic storehouse of undiscovered, unrealized potential.” 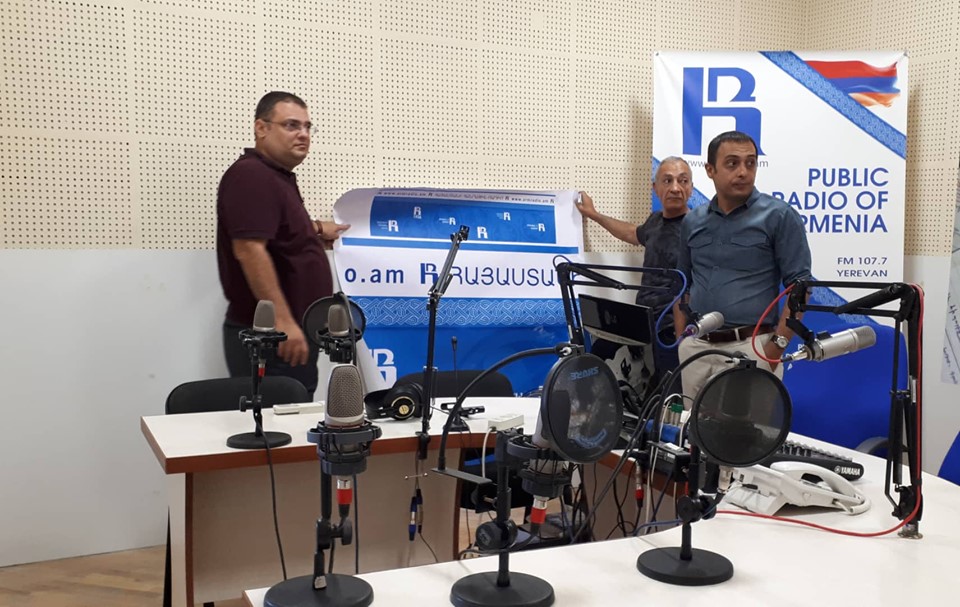 To listen by seeing and vice versa

Public Television and Radio have almost no cooperation.

The circulation of people, money, technology and ideas between these two public media outlets is minimal. Although it is expected that the Public Broadcaster should be perceived as a single-headed, two-armed structure.

The CEO of Radio says there has been no such tradition, and radio is self-sufficient. Although Public Television has donated a few cameras to the radio, it is merely a symbolic gesture, and the radio is preparing to buy the necessary video recording equipment.

He says Public Television and Radio are in distinct weight categories, at least in terms of their impact. “But I assure you, that is temporary.”

Public Radio aims to grow its own video content and transition to a deeper visualization than filming people in headphones.

Three pavilions with different genre programs will be visualized. From live concerts to public-political broadcasts.

Garegin Khumaryan is convinced that Public Radio has the potential to produce content not just for four stations but more, as the audience is segmented, people’s perceptions of time and boundaries of platforms are erased, and the opposite is true for the boundaries of content, those become stronger.

“We have recorded almost everything since the 1930s. And we need to rethink our 20th-century history, again in a non-museum format and put it in a contemporary context.”

The Executive Director of Public Radio said, “We want people who trust us so that they no longer feel the need to check our information from a few media outlets. After all, society pays us to double-check the facts ourselves. Our political conjuncture is unchanged: if after listening to us, one wants to check the news once again, then we are failing.”

Public Radio has saved 39 million AMD thanks to administrative steps. The new CEO of Public Radio, who was the founder and driving force of the private radio station “News Radio,” has a good idea of the economy of radio stations. And he is convinced that the possibilities of Public Radio are unlimited.