On The Scene: Gevorg Ghazaryan

Specialized journalism is almost always rated higher. Gevorg Ghazaryan specialized in two fields at the same time: sports and conflict-political journalism. His attitude towards the latter changed, especially after having experienced physical violence and material damage to himself.

In 2016, Gevorg was present at the clashes provoked by the seizure of the Erebuni police station and the subsequent protests in Sari Tagh, with a self-made camera device, which he used to document his own actions. During the scuffles and fights, the camera was broken, and the memory card remained at the scene, next to the trash cans.


“Often, as a journalist, you put your personal safety aside and cover the struggle for the rights of others, turning a blind eye to your own safety,” said Gevorg.

Gevorg Ghazaryan lost almost all of his evidentiary materials, which is why he has not received proportional compensation for what happened to him. After similar incidents, such as the 2018 demonstrations and the 2020 Artsakh war, Gevorg decided to finally leave “adventurous” journalism and deal only with his favorite sports news as a photojournalist. 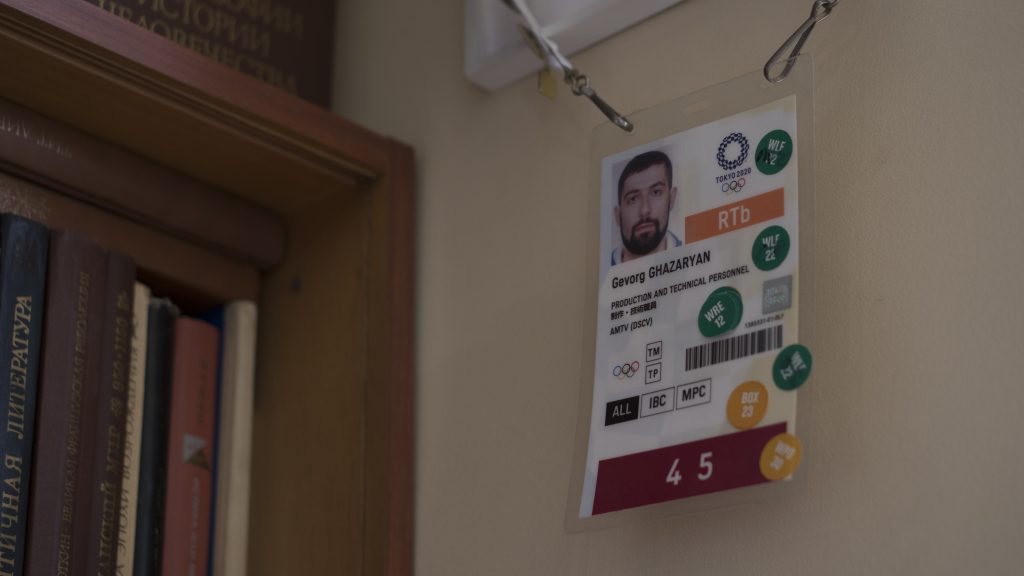 Although most of the time the work of journalists covering sports is not seen, Gevorg assures that he has many professional colleagues in the field and that it is currently the most developed in Armenia.

In sports, Gevorg Ghazaryan found his relatively calm, non-problematic environment and no less adventurous work: photographing, commenting, and traveling. Now he is a correspondent for China Xinhua News and Public TV.